Every day, HumAngle’s journalists and researchers gather, sort through, and file stories on issues important to society. We bring you stories about development, conflict, and humanitarian trends across Africa in hopes that we can improve understanding of the most pressing problems and improve people’s quality of life.

In this roundup, staff writer Umar Aminu Yandaki shares some of the most important pieces of reporting we published in the third week of November — in case you missed them.

The 2022 Nigeria floods, which had a field day in the country’s media space in September and October, are no longer among the media’s top stories. In this photo essay, HumAngle offers a detailed narration of how the natural disaster has affected schooling, livelihoods, and food security across communities in Jigawa, Northwest Nigeria.

It is the first article in a three-part series. The second and third reports will focus on events in Bauchi, northeastern Nigeria, and Niger State in the north-central region.

The first of October is to every Nigerian a special day when citizens celebrate the  anniversary of the nation’s independence. But to Hadiza Jubrin, a widowed mother of three from Borno State Northeast Nigeria, for the past seven years, that day has meant something different to her family. The 34-year-old single mother said she no longer looks forward to Independence Day the way she used to, because “it constantly brings back sad memories.” The first day of October was the day she was plunged into widowhood – a day she was  embraced by darkness.

Two years after the creation of Amotekun as a regional law enforcement agency in Southwest Nigeria by the state governors, it has been accused of extrajudicial killings, torture, and profiling of innocent citizens. One incident involved the murder of Folarera Ademola.

“Amotekun were looking for a syndicate that specialises in attacking motorcycle riders with dangerous weapons and dispossessing them of their motorcycles when they shot Ademola,” said Olorunda Oluwafemi, a student leader at the victim’s polytechnic.

But instead of taking him to the hospital for proper treatment, multiple sources told HumAngle that the Amotekun officers dumped Ademola in an uncompleted building and ran away. For five days, his parents could not locate him, and when they eventually did, he was almost at the point of death.

Ahmad Ibn Taymiyyah, a 14th-century medieval Salafi scholar, has remained the Jihadists’ most cited scholar. In his book, Jabir Maihula argues that Jihadists engage his texts differently from mainstream Salafists.

Kano is known as the “divorce capital of northern Nigeria”. Large numbers of women are also becoming addicted to drugs. What is responsible for this? Find out in HumAngle’s latest interactive report.

Taking Matters Into Their Own Hands

In the last of a six-part series highlighting challenges to access to water in South Africa, Steve Kretzmann reports how widespread water and sanitation failures have prompted citizen groups to approach the courts.

“It was Dec. 2019 when we approached the court,” said attorney Andreas Peens in Koster, a small town in the Kgetlengrivier municipality in the North West Province. Peens represents the Kgetlengrivier Concerned Citizens, who at the time were asking the Magistrate’s Court to grant them access to the water treatment works. It had been shut down for over a week due to a municipal workers’ strike over salary increases and the concerned citizens wanted to get it running again. The court granted them access, and the water supply was restored.

Displaced persons in Borno, Northeast Nigeria, are increasingly becoming targets of abduction by terrorist groups. Especially those in unofficial camps, as the state government has since closed down all official camps.

In addition to worrying about food, shelter, and relief materials, they now have to also fear for their safety when they go to their farms to plant or harvest crops. Women IDPs are also now being used as couriers of ransom for these abductions. This is a story of a young man who was abducted a month and a half ago and a woman who had to deliver his ransom. 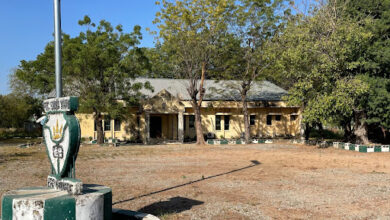 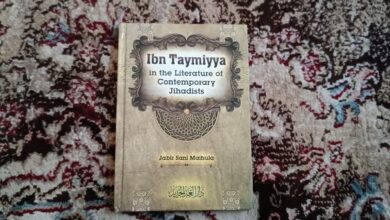