In this month’s edition of our newsletter, read all about how busy our fellows have been in reporting issues around climate action and accountability in the humanitarian and security sector, HumAngle emerging as one of the recipients of the Google News Initiative (GNI), and more.

Our fellowship supported by the MacArthur Foundation has produced its first report, written by Usman Abba Zanna from Borno South. The brilliant report focused on the critical issue of how the insurgency in Northeast Nigeria and attacks on farmers have contributed to the growing food insecurity plaguing the region. To follow all things related to our fellows’ work, check out the hashtag #HumAngleFellowship22.

That’s not all. The team at HumAngle has also been busy with working visits, in an effort to foster strong partnerships with organisations and entities which, like us, are interested in addressing the security and development gaps across the country.

As the election year draws nearer, HumAngle has commenced its Election Security Project to highlight how violence and the state of security in the country can mar the electoral process and deny the electorate the chance to exercise their civic duties.

Fellow Of The Month

Usman Abba Zanna was selected as our fellow of the month for producing the first published report of the inaugural fellowship. Usman also showed diligence by applying what he learned from the monthly training sessions in the field.

The 2030 Agenda for Sustainable Development identifies conflict as one of the major obstacles to achieving food security. As farmers continuously come under terror attacks in northeastern Nigeria, food insecurity has the potential to worsen.

Farmlands insecurity and violent incidents have stirred fear and terror in farmers in Borno, Northeast Nigeria, in recent times. This has had a negative impact on agricultural production, with some farmers leaving their farmlands and others not being able to extend the scale of lands due to most of the lands having become inaccessible because of insecurity.

The decade-long armed conflict in the country’s Northeast has exacerbated insecurity and terror every rainy season, doubling the index of violent attacks on farmers and death risks in accessing insecure farmlands.

This reporter found from an interview with farmers and victims that the people carrying out the operations are usually armed with rifles and use motorcycles for their operations, a characteristic typical of terrorists all over Nigeria. They believe the group comprises members of the Boko Haram terror group.

‘‘The people come to our farms with motorbikes, holding guns. They carry people from the farms,” Cecilia Amos, a farmer in Jere, said.

The armed groups kidnap farmers and carry out several terror attacks on farmlands located on the outskirts of the University of Maiduguri and around the Dunomari and Usmanti communities in parts of Jere.

Google Announces HumAngle, Others As Recipients Of Its News Initiative Challenge Fund

The global corporation said that it received 425 applications from 42 countries.

The newsroom was selected among 33 others as beneficiaries of the initiative, which is part of Google’s $300 million commitment to support the sustainability of media platforms in the digital era. Since its launch in 2018, over 200 innovators have participated in the programme, which has supported them to implement their creative journalism-related initiatives.

According to Google, the innovation challenge and each of its projects ” represent the best of the best ideas in advancing digital news media.”

Google also notes that selecting a project for funding is a testament to the project having “meaningful impact and inspiration.”

HumAngle, alongside other recipients, had to meet all five requirements (inspiration, diversity, equity and inclusion, impact on the news ecosystem and feasibility) set by the global corporation.

Under this project, HumAngle has amplified occurrences and factors which may put the upcoming 2023 elections at risk. We highlight factors such as misinformation and violence at the most recently concluded party primaries. We’ve also reported how insecurity and militarisation will play a role in the electoral process. Read more here.

This month under our ATJLF project, we reported on abortions carried out by displaced women and women in captivity, who had been impregnated by either Boko Haram fighters or security officials due to the now rife sex for survival trend at IDP camps. To read this and more stories under the project, click here.

Our Vestiges of Violence Podcast episodes also focused on the married lives of former Boko Haram Abductees and the lives of the survivors of the 2014 Gwoza Massacre. Our VOV podcast episodes can be found here, and anywhere else you listen to podcasts.

HumAngle, in partnership with the Open Society for West Africa (OSIWA), is documenting missing people across the Northeast, who have mostly vanished due to arbitrary arrests by state actors, abductions by non-state actors, and displacement from their home communities mostly as a result of the activities of the Boko Haram insurgent group.

So far, over 1,500 missing people have been documented across four local government areas. This data has been collated and published on Our Missing Persons Dashboard, which can be accessed here.

In July, we shared the story of L7 (Lawan Muhammad) through the narrations of his mother, Amsa Bukar, and that of Bulama Ali through the experiences of his young wife and daughter. We also retold the stories of Bukar Mandara and Mallam Abba through our podcast, Vestiges of Violence.All of our reports on what we’ve done so far in amplifying the stories of those who have been reported missing can also be found here. 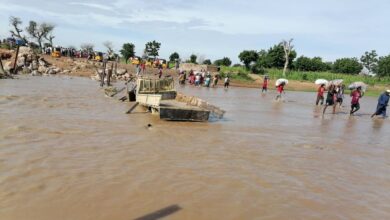 As the HumAngle Fellowship Comes To A Close … 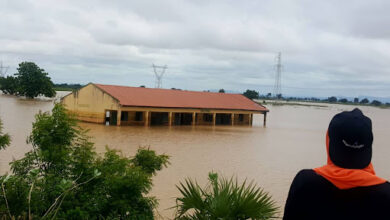 Fellows Spotlight The Effects Of Climate Change On Their Communities 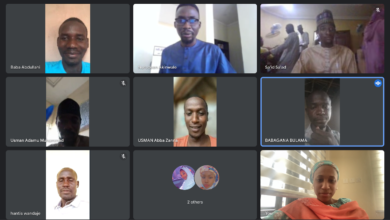 As The Fellowship Reaches Halfway Mark, Fellows Making The Best Of Time Left… 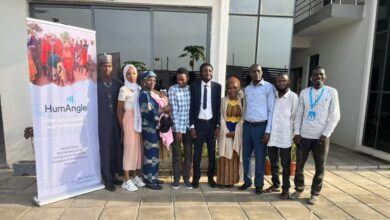