Despite the recent release of hundreds of people, there are still over 2,500 detainees at Giwa barracks, a military detention facility in Borno State where civilians are mostly kept without trial for years in connection to the Boko Haram insurgency, HumAngle can report.

An inside source informed HumAngle that 67 of the detainees were bedridden with tuberculosis at the last check while others showed symptoms of the disease.

In the early days of the insurgency, Giwa army barracks served as a refuge for residents fleeing from violent incidents involving the infant terror group. But, by Oct. 2012, there were already reports that it had become a facility where “Boko Haram suspects” were tortured, detained indefinitely under inhumane conditions, and prevented from communicating with lawyers or their families.

Around the period, it was nicknamed Guantánamo after a U.S. detention camp in Cuba that is similarly notorious for indefinite detention without trial and acts of torture.

Amnesty International, a human rights research and advocacy group, reported in May 2016 that scores of people died at Giwa barracks every month, including children. “In all cells, detainees were subjected to conditions which amounted to cruel, inhuman or degrading treatment,” the group noted, blaming the centre’s congestion on arbitrary arrests of civilians based on random profiling.

It added that many of the inmates were victims of mass and arbitrary arrests “largely based on random profiling of men, especially young men, rather than on reasonable suspicion of having committed a criminal offence.”

Meanwhile, information from our source confirmed findings that the conditions of detainees at the facility have improved, especially since 2018 when new cells were constructed and hundreds of detainees were released to decongest the place.

He attributed the deaths to overcrowding, malnutrition, and lack of adequate water. Many of the detainees were down with several illnesses, including tuberculosis. Though water is available now, the cells are still congested, worsening the ventilation and making the inmates more susceptible to contagious illnesses.

Two to three deaths have been recorded so far in 2021 as a result of tuberculosis. “We have 103 tuberculosis patients and 36 of them were released,” the source said. “Every now and then, there would be new cases.”

Tuberculosis is one of the leading causes of death worldwide, with symptoms that include a persistent cough that may be bloody, weight loss, high temperature, fatigue, and loss of appetite.

The World Health Organisation (WHO) notes that while an estimated 10 million people contracted the disease in 2019, 1.4 million lost their lives to it. Nigeria is one of the eight countries that account for 87 per cent of all new cases.

Since it is a contagious disease, one of the common ways of contracting tuberculosis is by being in a place where it can easily spread, such as a jail or prison. Similar cases of the infectious disease have been recorded at the Borno Maximum-Security Prison.

Brig. Gen. Onyema Nwachukwu, the Director of Army Public Relations, informed HumAngle that asides tuberculosis, another prominent infection some of the detainees, “about 65”, were battling was hepatitis. “But they came with it,” he explained. “It is not as if there was an outbreak.”

He added that the authorities have made efforts to ensure that the affected persons are treated at a clinic located in the facility while more severe cases are transferred to an external hospital.

The Nigerian Army had announced on July 15 that it had cleared 1,009 detainees at Giwa barracks and the Maximum-Security Prison in Borno for release after establishing their innocence.

About half of this number are believed to have been released from Giwa barracks and, according to our source, 16 of them are women while 48 are minors. About 50 women were said to still be held in the facility.

The total population of the detainees at the centre has recently been unstable owing to a wave of surrender by hundreds of Boko Haram militants.

It was gathered that some of them, detained briefly at Giwa barracks, have already been transferred to the Operation Safe Corridor camp in Gombe State, where former extremist fighters are ‘deradicalised’ and then released to be reintegrated.

Ordinarily, three to four new detainees were brought in weekly, but with the surrenders, the number increased to between 20 and 30 “at once”, HumAngle’s source said.

“The food is not enough and there are many elderly people. The place is too congested and people get infected with tuberculosis; you would hear them coughing in the cell. There are some that are as old as 80 years.”

He recommended that the food rations at the facility should be increased and the detainees released. “Most of the people are innocent. Only 30 per cent are real culprits and most of them are those that surrendered,” he alleged.

Brig. Gen. Onyema Nwachukwu told HumAngle he did not have the statistics of the number of detainees at the centre, but confirmed that the recent surrenders of over 2,000 people associated with Boko Haram have led to an increase in the population.

“But this number included women and children. And those that are held in the facility are the combatants,” he clarified. 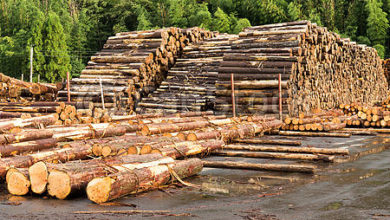 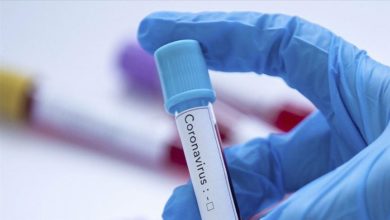 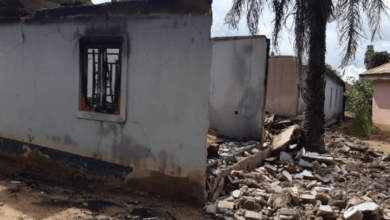 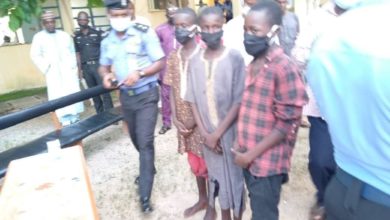