As we reach the halfway mark of our fellowship, the fellows have been picking up the pace in a bid to report the accountability gaps in the communities before the programme comes to an end in November.

Three months in, the selected fellows have published reports on the crucial issues affecting communities in their senatorial districts within the BAY states such as water scarcity, deforestation, and flooding.

The monthly training sessions have also continued to provide them with the required expertise and knowledge they require on climate change, citizen engagement at the grassroots, reporting on cases of SGBV, budget monitoring and tracking around humanitarian funding, as well as ethical reporting as community journalists. These modules have provided our fellows with the opportunity to build their capacity through mentorship, to ensure they are well equipped when they go out to the field and ask the relevant questions.

We’re confident that the best is yet to come in terms of output from our fellows, and that they will continue to tell the important and underreported issues affecting their home communities. Don’t forget, to foll0w the latest with the fellowship by checking out the hashtag, #HumAngleFellowship22 on Twitter.

“When you return poor people to their community without water to drink, it makes them think about going back to where they came from.”

One of the consequences of the Boko Haram insurgency in Nigeria is that families get separated across states ‒ and sometimes across countries. While Abba Gole camped at a displacement camp in Maiduguri, Northeast Nigeria, his daughter was flung as far away as Cameroon. But earlier this year, she learned that her father and other community members were resettled back in Kirawa, so she came home.

A few days after her return, Gole woke up very thirsty. There was no water in the house, as was so often the case because of a general scarcity in Kirawa. So she had to go to the neighbour’s house to fetch some for him to drink. The water was unclean and contaminated, but she did not know this.

“The following morning, my stomach started to hurt, and I began visiting the toilet uncontrollably. My friend told me I needed medicine because it was diarrhoea,” Gole recalled.

While this reporter was interviewing Gole, he had to excuse him to rush to the toilet. He looked sick and worried.

“The community is suffering from water scarcity,” he said after he returned.

“Three borehole points were constructed, but only one point is working. The one that is working doesn’t provide us with enough water and it’s very far from our houses. When you visit the water point, the queue will take from morning to evening before it reaches your turn.”

Gole taught at Kirawa Primary School for over thirty years before retiring. He is part of the 2,500 persons who got resettled in Kirawa earlier this year.

The recent relocation of internally displaced persons by the Borno State Government has exposed a new dimension of humanitarian gaps in resettled communities.

For Kirawa, a town sharing borders with Cameroon, asides other pressing humanitarian needs, residents identified water scarcity as their number one challenge. The lack of adequate water has exposed them to health risks.

Fellow Of The Month

Aisha Adamu Njidda was selected as our fellow of the month for August, after diligently producing two reports, travelling around Adamawa state, and using the knowledge gained from the training in her reportage.

At least 11 people were killed after a river overflowed its banks in Nigeria’s northeastern state of Yobe. The disaster is considered the worst in decades.

Heavy flooding led to the death of about 11 people and widespread destruction in Gujba and Gulani Local Government Areas of eastern Yobe state in Northeast Nigeria. The overflow of a local river caused the disaster.

The disaster also led to the hospitalisation of 95 persons of the communities after sustaining various degrees of injuries and the destruction of properties worth millions of naira.

“The flood collapsed many houses and damaged stored food items. People are in critical condition as they are trying to cope with the situation; women are bringing out their room materials to be dried,” said Ahmed Ishak from Buni-Yadi.

He laments that victims need additional support even though the state emergency management agency had provided some assistance “because the damage is beyond imagination, some towns have even been washed out by the flood”. 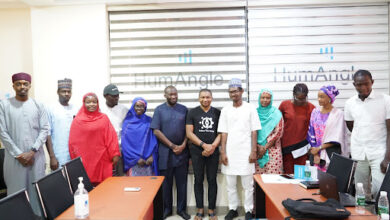 What Have Our Fellows Been Up To