The spread of the new coronavirus variant and the panic it has created have led to the emergence of a fresh wave of harmful conspiracy theories. And for the world to fully beat the pandemic, all hands must be on the deck to fight misinformation arising from them.

Said to be as old as politics, conspiracy theories are attempts “to explain harmful or tragic events as the result of the actions of a small powerful group. Such explanations reject the accepted narrative surrounding those events; indeed, the official version may be seen as further proof of the conspiracy.”

A similar psychological concept, the agency detection bias, which suggests that people are inclined to believe that events are caused by intelligent beings rather than other factors, has been linked to the evolutionary struggle for survival.

One reason conspiracy theories are so effective is that humans have a tendency to look for patterns and explanations, even in the absence of evidence. One 2018 study found that people who saw patterns in random events such as coin tosses and abstract paintings were more likely to imagine patterns in social-political events in the real world.

“People are most susceptible to conspiracy theories when particular psychological needs are frustrated,” explains psychologist Karen Douglas. “Specifically, people need knowledge and certainty to feel safe, secure and in control, and to feel good about themselves and the social groups they belong to.”

Conspiracy theories, according to cognitive psychologist and misinformation expert Stephan Lewandowsky, “give people a sense of psychological comfort: the feeling that they are not at the mercy of randomness.” Also, coming across a claim multiple times makes one more likely to believe it.

There are many examples of misinformation that fall within this category. In Nigeria, it has, for instance, been suggested that political leaders, humanitarian groups, or foreign countries are funding the terrorist group, Boko Haram.

They can also be weaponised towards achieving controversial objectives, such as in the case of theories about the death of Nigeria’s President, Muhammadu Buhari, and his replacement with a clone. A secessionist and Igbo nationalism group, the Indigenous People of Biafra (IPOB), and others have repeatedly made this claim.

The evidence? A picture of a burial used out of context, a fake CNN broadcast created with an online app, comparisons between pictures of Buhari shot at different times where he appears to look different, one manipulated portrait to make him look fatter, and statements by IPOB leader Nnamdi Kanu, challenging Buhari to speak Fulfude in public.

Conspiracy theories are especially prevalent during times of anxiety, crisis, uncertainty, or hardship. And this is why since the COVID-19 infection broke out, causing a months-long pandemic across the world, many theories have been conjured either to explain the origins of the disease or to rationalise the response to the outbreak.

A survey conducted in October last year showed that a lot of people around the world were convinced COVID-19 was deliberately created, does not exist, or that the death tolls are greatly exaggerated for business and political reasons. In Nigeria, it has been suggested that the pandemic was a ploy from the outset to embezzle public funds and that the second wave, experienced starting from December 2020,  was made up so that the country could make a better case for the allocation of free vaccines.

In April last year,  former federal lawmaker, Dino Melaye, and founder of  Christ Embassy, Chris Oyakhilome, came up with inaccurate arguments linking the 5G technology to the coronavirus pandemic and suggested that both developments were part of a grand plan for a New World Order.

More recently, Melaye and Kogi State governor, Yahaya Bello, warned people against getting vaccinated. To back their positions, they cited false claims about people dying after taking the vaccines and about a special vaccine being manufactured for and sold in African countries.

Many have been convinced from reading these theories that vaccination is, at best, a bad idea and, at worst, an evil scheme towards world domination. According to a survey conducted in July 2020, 16 per cent of British adults said they would refuse to be vaccinated against the infection and another 16 per cent were not sure what they would do.

A similar poll conducted by HumAngle within the month found a worse trend in Nigeria. About 29 per cent said they would not get vaccinated and 22 per cent said they were unsure. While people who said they had no problem with vaccination relied more on statements from medical experts (79.5 per cent), from those who replied ‘no’ , there was a greater percentage of people getting information from social media, online blogs, discussions with friends and political leaders.

So, it is obvious that there are real-life consequences to the spread of conspiracy theories, especially when they are repeated over and over or given a stamp of approval by influential figures such as clerics and political leaders. Conspiracy theories are naturally one of the most difficult sets of claims to fact-check. Explaining why, Jovan Byford, a senior psychology lecturer at The Open University, says: “Lack of evidence of a conspiracy, or positive proof against its existence, is taken by believers as evidence of the craftiness of those behind the plot, and their ability to dupe the public.”

And so, in certain instances, the claims are difficult to debunk conclusively, such as when a group claims the president of a country has been replaced by a body double. Another problem is that the theories are sometimes made up of facts that are detailed and true but followed by outrageous conclusions or given misleading interpretations.

So what should we do when we come across suspicious claims suggesting that some powerful forces are behind our misfortune or are trying to take advantage of them?

One, we should always pay more attention to the experts on that subject. While they may not always be right, they are more knowledgeable and often base their opinions on evidence readily available at each point in time. When it comes to COVID-19 vaccines, for example, it is wiser to trust a laboratory scientist or pharmacist than a governor with degrees in accounting and business administration.

Second, we should learn to interrogate the various bricks that make up a conspiracy theory rather than viewing it as a whole. What are the individual claims? Do the facts of such claims add up? We should also understand that the fact that there is no evidence to prove a claim to be false does not make it true.

Third, if you are not sure what to make of a conspiracy theory, check for fact-checks on the topic to read what the true facts or positions of experts are. Go-to fact-check platforms include Dubawa, Africa Check, AFP Fact Check, and Snopes. Doing so helps to give clarity and place the issues in proper perspective.

Almost everyone is susceptible to believing conspiracy theories and that a person does so does not make them bad. We can help such people by encouraging them to verify every dubious message before sharing it or educate those who believe inaccurate claims. Not everyone can be a frontline healthcare provider, but by allowing truth to prevail, we can all participate in the business of saving lives.

The researcher produced this article per the Dubawa 2020 Fellowship partnership with HumAngle to facilitate the ethos of “truth” in journalism and enhance media literacy in the country. 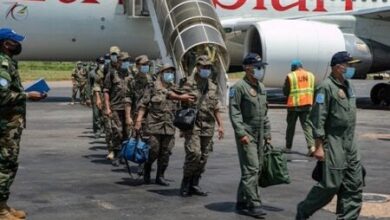 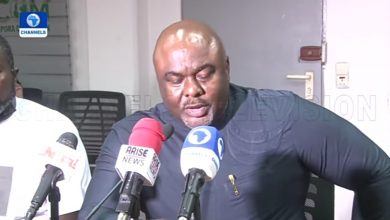 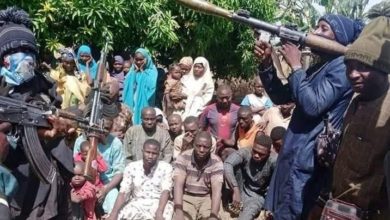 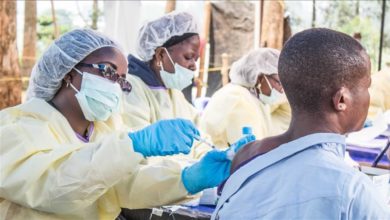