These indigent inhabitants of the host communities said the Boko Haram conflict has hit them as hard as it affected IDPs living in the camps — as such, they question why they too are not getting food and medical support.

“That we live in the metropolis of Maiduguri does not mean we are not affected by the ongoing Boko Haram insurgency,” said Hafsat Mohammed, a widow who lives in Dala-Alamdari.

A HumAngle reporter’s visit to Dala-Alamdari, a community at the outskirts of Maiduguri, gave an opportunity to the dwellers to voice years of unaddressed pain.

The residents said the only difference between them and the IDPs is that they live in their homes while the latter, who were forced to flee their communities, live in camps.

“But we all share the same pains in lack of food, economic deprivation, lack of access to medical health and means of food production,” said Ms Fanta, who wondered why the state government was ignoring them.

This segment of the Borno populace explained that the decade-long insurgency has had a ripple effect on their sources of livelihood such that many of them cannot meet their basic daily needs. One instance is the story of Hafsat’s family.

“My husband was a farmer who planted vegetables for sale before the insurgency broke out. He later lost means of his livelihood because the insurgents have taken over the farmland areas. As such, many farmers cannot venture more than 3km away from the town without being killed,” she told HumAngle. “Because of that, my husband who was our main breadwinner lost his job, then he later became sick and died.”

Hafsat, who has five children, said for some years now most families in her neighbourhood have found it difficult to fend for themselves.

“Due to the increasing poverty caused by Boko Haram, we find it tough attending to the medical needs of our children who have also been out of school for many years,” the 36-year-old widow said.

“When you go to the government hospital, like the Fatima Ali Sheriff Hospital here in Dala, you must pay for their service; and most of us don’t have the means to pay for our children’s healthcare. We must sometimes go to clinics at the former NYSC IDP camp to get medical care. Sometimes if we are not lucky, we are profiled as non-IDPs and denied the services.”

Most of her children are not enrolled in school because she lacks the means of funding their education. “As a widow with five children and no one to look up to, I face the challenge of feeding the children, talk less of their education,” she said.

“All my kids are not in school except for one that was picked to enrol in the free education programme at the Mega School. I do not have the means of enrolling them in public school because there is no money to pay for books, uniforms, and food that they would eat at school.

“The IDPs get access to free medical services at the camp, but we have to pay before we can get medication for our children and ourselves. We could have been able to pay for these if we still had a means of livelihood.”

Maryam Mohammed, another host community member in Dala-Alamdari, says she has had to trek long distances, covering about 2km, to access medical services at the former NYSC camp.

“I have no money to pay for medication for my child at the Fatima Ali Sheriff Hospital here in Dala, so I had to join other women in going to the camp clinic, where we usually beg officials at the gate to allow us to enter to get medical care because we are not IDPs,” she said.

“Before the insurgents took over the hinterlands and caused us to lose our means of livelihood, my husband used to farm vegetables like tomatoes, spinach and pepper; and I also bought from him and other farmers to sell. Things were very okay for us then. But now we have nothing because we can’t access the farms due to insecurity.”

Mustafa Lawan, a male resident of Dala-Alamdari, laments that their community has been neglected by both the government and NGOs.

“Whether you are an IDP or resident of the host community, the same hunger bites us all. Government should give us all support. We also need that. We see female IDPs getting most of the support; they should give the same to our women too. In the past, we didn’t wait for the government or NGOs for food handouts or financial support. But things have changed now.”

Isa Yahaya, another resident, said he used to be a successful farmer, at least providing for his family’s feeding needs and “selling extra harvests to earn some money to tackle the family’s non-food needs.”

“But today, no one dares to venture into the farmlands due to the dangers of being attacked by armed insurgents,” he added.

The 48-year-old farmer cited the massacre of dozens of rice farmers in Zabarmari last Nov., saying it was just one out of many unreported incidents of farmers being beheaded while attending to their crops.

“People can easily recall the case of Zabarmari because there were many people involved; but there was a time, some few months ago, when the killing of farmers who were forced to enter the bush to plant crops, was almost on a daily basis. These cases are hardly reported because they involve poor people,” he said.

“So, for fear of our dear lives, most of us have to avoid going to the farms and resort to seeking for alternative means of earning income to feed our family; and such alternatives are difficult to come by. We are not IDPs but we all face similar plights.”

In response to the challenges and threats to life farmers faced while going to till their lands, the Borno state government had set up an Agro-Rangers unit headed by the Nigeria Security and Civil Defense Corp (NSCDC). Their mission is to provide security to farmers in relatively safe locations not far away from the townships, but the Zabarmari massacre happened despite this arrangement.

Yabawa Kolo, the Director-General of the Borno State Emergency Management Agency (SEMA), had, in response to HumAngle’s enquiry on whether the government was aware of the plight of residents of places like Dala-Alamdari, explained that SEMA’s intervention in the host communities was mostly restricted to supervision.

International non-governmental organisations such as INTERSOS, Red Cross, and the International Rescue Committee (IRC) have several projects in the host communities but mostly target the IDPs dwelling there, she said.

Acknowledging the constraints original members of host communities are facing, the Director-General said, “maybe where SEMA can come in is in strengthening its supervision as well as raising the issue at the regular stakeholders’ meeting of the humanitarian actors.”

“We know most of the INGO’s interventions in the host communities are in WASH (water, sanitation and hygiene). But we still have some that are into livelihood support and protection. We will still talk to them to see how we can have a more coordinated approach to identify where the gaps exist to intervene in a way that it will impact on everyone who needs support in the host communities.”

She adds that though resources are becoming leaner due to competing demands, she hopes the government too would take up the matter. 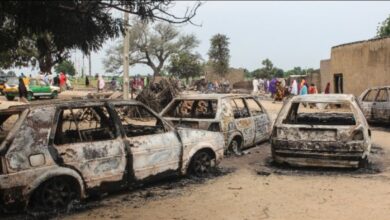 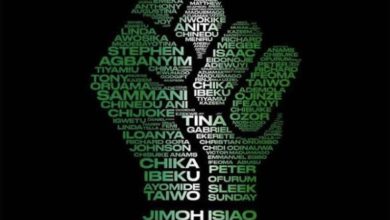 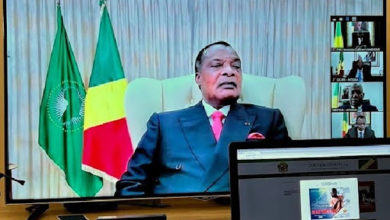 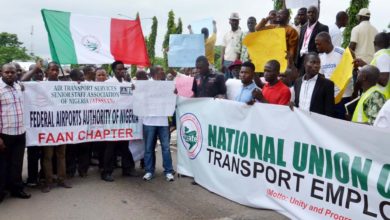