The National Drug Law Enforcement Agency (NDLEA) in Borno State, Northeast Nigeria, has fingered granting of bail by the court to offenders as one of the major impediments to its anti-drugs war.

Joseph Icha, the NDLEA Commander in Borno, said the state remains a significant hub for drugs-related crimes because the agency does not enjoy the full support of the communities.

Icha said those arrested often enjoy the tacit support and backing of notable individuals who would quickly rush to their rescue during prosecution by offering to bail them out.

The Commander who spoke to HumAngle in an interview recently said drug offenders have over the years become so powerful that they can easily manipulate their ways out of the agency’s net by exploring the weak portions of the laws.

He said many high-profile illicit drug merchants have been arrested and charged to court only to find their way back to the streets because the courts granted them bail.

The Commandant said the agency has records of suspects with multiple drug crimes cases in court because the person gets bail for each arraignment in court.

“As an agency, we have tried our best to charge most of the culprits to court, but at the end of the day, they are granted bail to go back and continue the same crime,” he said.

“As we speak, we have about 123 cases pending before the Federal High Court, and many of them are back in the streets doing their usual illicit businesses while their cases are still being tried in court.”

Despite the untold hardship brought upon the people of Borno State by the ongoing Boko Haram conflict, the illicit drugs business continues to thrive and expand into a multi-million naira industry. The growing illegal drug business victims are primarily young people.

In 2017, the NDLEA in Borno State disclosed that women and young girls were among the highest users and direct victims of illicit drugs and substances.

He said NDLEA in the state had arrested 561 suspects, including 553 males and eight females, “while in the first quarter of 2022, 113 persons were arrested for various drug offences.”

HumAngle learnt that the commonly peddled illicit drugs and substances are cannabis, Sativa, cocaine, heroin, tramadol, Rohypnol, and Diazepam, among other substances.

He recalled that his operatives arrested a notorious drug agent with  10.522 kilograms of compressed cannabis Sativa concealed in a warehouse in Ungwan Doki, Maisandari ward, Maiduguri, the state capital.

The NDLEA official said, “after making these kinds of arrests and arraign the suspects before the courts of law [to get] such elements off our society so that decent people can live safely, they still get the backing of some influential individuals or their rich customers to get them bailed.

“We have embarked on an aggressive campaign toward ensuring the reduction of drug supply and demand, during which we track those into manufacturing, producing, compounding, or transporting substances and making them available for sale. Then, when we arrest them, we charge them to court and take them out of business.

“In the drug demand reduction campaign, we reach out to those at the risk of drug abuse, sensitise and educate them on the dangers while those who are already into drugs, we provide them with counselling services,” he said.

Icha said despite the setbacks faced by NDLEA the agency has to sustain its non-combative aspect of the campaign “to save lives”.

“This Command had so far conducted a sensitisation campaign that reached about 33,805 persons, including IDPs, on drug abuse education and counselling,” he disclosed.

A National Drugs Use Survey published by the United Nations Office on Drugs and Crimes (UNODC) revealed that there were around 14.3 million drug users of which close to 3 million suffered from a drug use disorder as of 2018.

The data indicates that Nigeria contributes nearly 6 per cent of the global illicit drugs and about a per cent of people suffering from drug use disorder.

The NDLEA has identified Cannabis as one of the most common illicit substances being abused in Borno State. Even though it’s harmful to health, its use has significantly increased in the last 24 years.

The troubling trend of having more than 40 per cent of the estimated 11 million users of Cannabis who consider it as “not harmful” naturally makes the war against drugs an uphill task for the NDLEA. 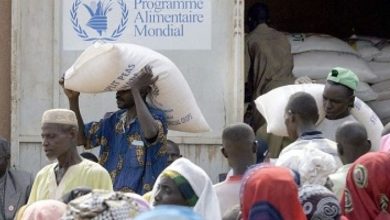 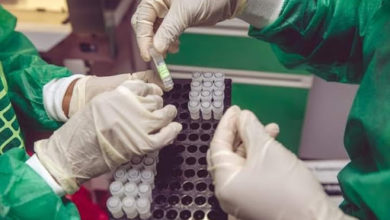 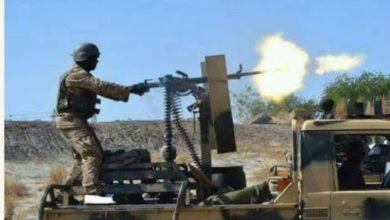