ASWJ was founded in 2008 primarily by followers of Sheikh Rogo—a Kenyan Muslim cleric who allegedly assisted in the 1998 US embassy bombings in Nairobi and Dar es Salaam – the group primarily advocated for the peaceful formation of an Islamic State.

However, after Rogo’s death in 2012, many of his followers reportedly relocated to northern Mozambique, where they made sure that a number of mosques in Mocimboa da Praia, a district in Cabo Delgado province, accepted Rogo’s version of Islam.

ASWJ gradually increased its presence in the region, resorting to violence and carrying out its first attack in October 2017 before pledging allegiance to ISIS in the summer of 2019. It was afterwards absorbed into the Islamic State Central Africa Province (ISCAP).

The jihadists employed the ‘message’ and the promise of jobs and money, that wooed many young men to join the insurgency which gained support in local communities.

The later employment of cruel techniques by jihadists such as beheadings, kidnappings, and rumours of paying elderly residents to leave and not return, which are similar to those used by ISIS in other parts of the world, demonstrates their close ties with the Islamic State.

According to the statement, Bonomade Machude Omar, also known as Abu Sulayfa Muhammad and Ibn Omar, leads the Military and External Affairs Departments for ISIS-Mozambique and serves as the group’s senior commander and lead coordinator for all attacks in northern Mozambique, as well as the group’s lead facilitator and communications conduit.

The statement described Omar as the one who led one squad of terrorists during the March 2021 raid on Palma, while Abu Yasir Hassan, the head of ISIS-Mozambique, led another, and Omar also led the attack on the Amarula Hotel in Palma.

He was also responsible for attacks in Mozambique’s Cabo Delgado Province and Tanzania’s Mtwara Region.

The state had also described Sidanag Hitta, also known as Abu Qarwani and Abu Abdelhakim al-Kidali, as the top leader and commander in Mali for the Jama’at Nasr al-Islam wal Muslimin (JNIM).

It added that Hitta was part of the gang responsible for the attack on the MINUSMA base in Aguelhoc, Kidal Region, Mali, on January 20, 2019. He was also in charge of hostages in the Kidal Region.

The third in the list, Salemould Breihmatt, also known as Abu Hamza al-Shanqiti and Hamza al-Mauritani, is a top JNIM leader and the emir of Arbinda and Serma in Mali’s Mopti Region.

He is also the head of JNIM in Burkina Faso and is an explosives specialist and instructor.

Ali Mohamed Rage, the fourth in the list, also known as Ali Dheere, is the spokesman for al-Shabaab and a top leader of the group. In May 2009, he took over as Sheikh Mukhtar Robowas al-main Shabaab’s spokesman. Rage was involved in the preparation of attacks that targeted Kenya and Somalia.

The last person is Abdikadir Ikrima, also known as Mohamed Abdikadir who is a facilitator and operational planner. Abdikadir was an al-Shabaab top leader and the Head of Operations and Logistics as of November 2019. Abdikadir had also directed past al-Shabaab assault plans.

“As a result of our actions today, among other consequences, all property and interests in property of these individuals must be blocked and reported to the Department of the Treasury’s Office of Foreign Assets Control (OFAC),” the statement said.

“In addition, persons that engage in certain transactions with the persons designated today may themselves be exposed to designation.”

The United States reiterated its commitment to “disrupting the financing methods of ISIS-Mozambique, JNIM, and al-Shabaab — all of which are designated Foreign Terrorist Organizations and SDGTs — limiting their abilities to conduct further attacks against civilians and supporting our partners in efforts to disrupt terrorism finance.” 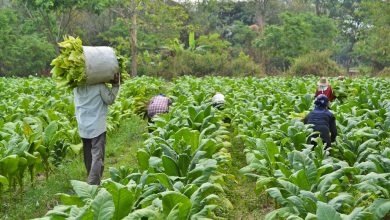 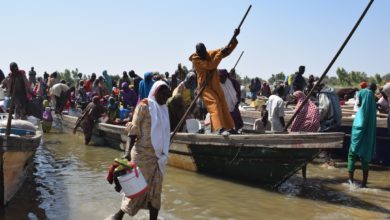 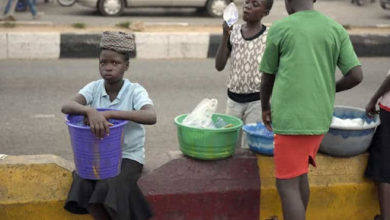 #COVID19: How Pandemic Boosts Number Of Out-Of-School Children In Lagos