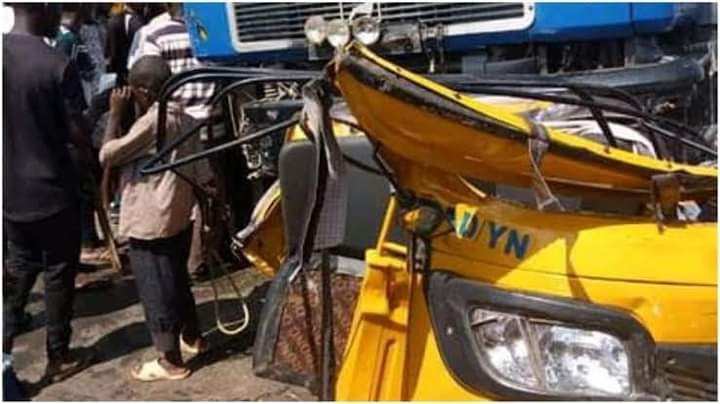 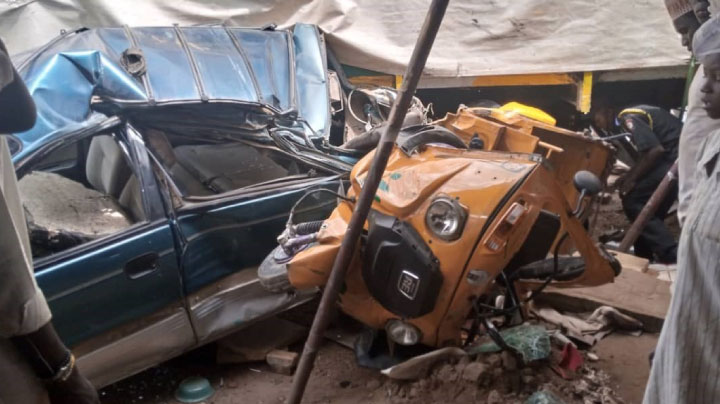 A teenage boy and a little girl have died in a fatal accident along Gaida Sabon Titi Panshekara Road, Kano state after a trailer ran into the tricycle they were riding.

HumAngle reports that the incident occurred in the late evening on Tuesday, during a traffic congestion on the road.

Reports say that the tricycle driver and three other passengers, including a woman and her two daughters, sustained various degrees of injury.

The driver, Aminu Abdullahi said the trailer ran into his tricycle as he tried to dodge a car parked by the roadside.

“I was pushed over by the trailer and before I realized what was happening I saw blood flowing from my legs,” He said.

According to an eyewitness Sharif Jikan Nana, the trailer which was loaded with animal skins crushed the tricycle and shoved the parked car into a nearby shop.

The Tricycle driver and passengers spent almost 40 minutes under the trailer before they could be pulled out,” he said.

The Kano Command of the Federal Road Safety Corps (FRSC) has confirmed the death of the two riders.

Kabiru Ibrahim Daura, the command’s spokesperson said that the wounded riders have been taken to Murtala Muhammad Specialist Hospital for treatment.