When Adio Olayemi’s* (not real name) 30-year-old patient is at his worst, he destroys properties and attacks anyone around him. It takes a lot of physical and financial effort to keep him stable.  But now that Ekiti State University Teaching Hospital (ESUTH) is inactive due to the strike that started early April, this patient’s condition may get worse.

The patient is helpless, and so is Olayemi because, unlike some, he does not have a private practice to manage his patient’s condition.

Olayemi graduated from Ladoke Akintola University of Technology (LAUTECH), Ogbomosho, Southwest Nigeria, in 2005. He went for his National Youth Service Corps (NYSC) a year after and eventually started practicing as a full-time doctor with ESUTH in 2008.

His dream was simple; to put a smile on the faces of his patients and make enough money to take care of his home. But months after he started practicing, his energy dropped.

“I am scared that the situation of some of my patients may get worse before the strike is called off. There is a condition we call bipolar affective disorder. It is associated with episodes of mood swings ranging from depressive lows to manic highs. The exact cause of bipolar disorder isn’t known, but a combination of genetics, environment and altered brain structure,” he told HumAngle.

“The condition is bad. II know his compliance with treatment is poor. Adjustment of medication is no longer there for him. Also, counseling and motivation will be poor. I am scared that by the time he comes back to the clinic, he might have relapsed again unless God helps him.”

“The family would now have to pay more money for the treatment. You can now see the problem. I can tell you that this applies to diabetes patients who don’t see their doctors regularly.  By the time the strike is called off, some would have died and the lucky ones would have their condition worsened,” he lamented.

There’s more to worry about

The aftermath of the strike will be challenging for Olayemi because he might start administering medication to his patients all over again.

“I will have a serious challenge by the time the strike is called off. Nobody wants to understand us. Doctors are not wicked. Our politicians are making it worse and that’s why I said if I have the opportunity to leave this country, I will leave.”

Then there is the matter of how he meets the needs of his family amidst the strike and stoppage of salaries by the government.

“Thank God for my extended family members and church members who understand my plight and often raise money. I have some savings and my wife is also working. The only problem is that schools are resuming and we have to pay children’s school fees. The reservoir may soon get exhausted,” Olayemi says.

“I am currently at home reading because the area of my practice is not too popular. While other doctors have the opportunity to work in private hospitals, that’s not the case for me.”

Unhappy on the job

“I was not happy months after I started practicing because of the treatment senior doctors get and also due to the poor welfare. At some point, I told myself I should have studied engineering or any other course that would fetch me money to take care of my family,” Olayemi pointed out.

The psychiatrist tells HumAngle that despite the risks he exposed himself to, including physical attacks, and efforts to take care of mentally ill patients, his “hazard allowance is just N5,000.”

He continues: “You will agree that N5,000 cannot even buy medication for malaria, talk less of other challenges like HIV and many others that we are exposed to as doctors.”

“As a psychiatrist, patients come with aggression and we have to use our physical power to restrain them to take medication. They [government] are not paying COVID-19 allowances and they want us to do magic. That is not possible.”

Nigeria’s resident doctors went on strike again last month over irregularities in the payment of salaries to the house officers.  This is the fourth since the COVID-19 pandemic started. It is also one of the hundreds of strikes they have embarked on in the past.

They are seeking an upward review of the hazard allowance to 50 per cent of consolidated basic salaries of all health workers and payment of the outstanding Covid-19 inducement allowance, especially in state-owned-tertiary institutions.

The doctors are also calling for the abolishment of the exorbitant bench fees being paid by their members in all training institutions across the country.

According to the Organisation for Economic Co-operation and Development, Nigeria is one of the three leading African countries where physicians leave for foreign jobs. This development has led to a drop in the quality of healthcare service due to the absence of skilled personnel. 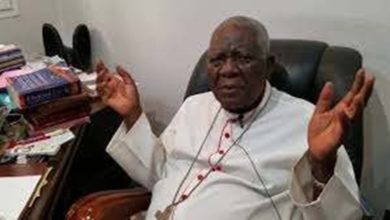 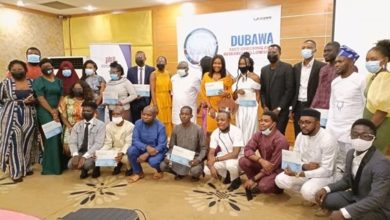 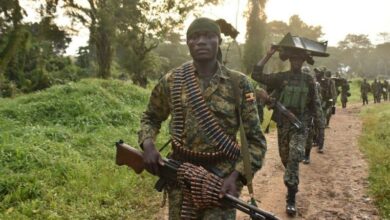