In April, Islamic State (IS) spokesperson Abu Umar Al-Muhajir congratulated members of the group on the arrival of Ramadan. His message covered various topics, including comments on the West African affiliate and the importance of the fighters doing everything possible to free other members who are being held in prisons.

Al-Muhajir’s call is a continuation of ISIS’s Breaking the Wall campaign, in which the group encourages fighters to free their detained associates. It serves as a vital strategy for replenishing ranks, releasing leaders, and propaganda wins. The campaign dates back to 2012 and 2013, when Abu Bakr al-Baghdadi, the deceased leader of the group, announced the start of the initiative stressing it was a “start of a new phase of jihad” towards “refuelling” the battle.

These led to several attacks, including one at the Abu Ghraib prison, where hundreds of prisoners escaped. It also paved the way for the rise of ISIS, which was formed from the al-Qaeda in Iraq (AQI), alongside the establishment of the now-lost caliphate. In Sept. 2019, the ISIS  leader would also release an audio message to followers, urging them to do their “utmost to rescue brothers and sisters and break down the walls that imprison them.”

Months earlier, the Syrian Democratic Forces had captured Baghouz village, described as the last pocket of territory under its control. This was part of the counter-offensive by the international coalition that led to the capture of ISIS members and the crumbling of the caliphate as the group suffered losses. The ISIS leader’s reign ended in 2019 after he died in an American operation in northwest Syria.

In January, the fighters staged a complex attack and overran the al-Sina prison in Hasakah, southeastern Syria, which housed thousands of  ISIS detainees. The days-long battle extended to surrounding neighbourhoods and drew western military fire support to enable allies on the ground to subdue the threat. Days later, U.S. Special Operations Forces carried out a raid that led to the death of al-Baghdadi’s successor, Abu Ibrahim al Hashimi al Qurayshi, after he detonated an explosive device.

Months after the ISIS spokesman’s message on the obligation of releasing prisoners,  ISWAP released a video to re-echo the instruction to free prisoners. And then, on July 5, the group attacked the medium-security facility in Kuje, on the outskirts of Abuja, Nigeria’s capital.

The attack provides an opportunity to strengthen its rank. In addition, it serves as valuable propaganda on ISWAP’s ability to attack locations far away from its home base in the Northeast and its willingness to go to any length to free members in detention facilities.

The group is also expanding operations and claiming responsibility for attacks in new states, particularly Kogi and Niger in the north-central region and Taraba in the Northeast.

How the operation unfolded

Media reports indicated that the attack occurred on Wednesday the 5th of July, but Al-Naba, the ISIS weekly propaganda publication, claimed it happened on Tuesday the 4th. This is due to its unconventional way of counting days, which begins after sunset rather than midnight.

According to Al-Naba, the terrorists split into three groups, with one section breaking down the prison walls, another blocking the road, and the third entering the facility with weapons and explosives. First, the fighters were said to have entered the gates after overpowering the guards. Then, another group entered through the broken wall and the remaining followed with explosives.

The propaganda reported the burning of eight cars and the destruction of various parts of the prison before leaving. Everything was reportedly completed in 50 minutes.

Al-Naba added that the attack was part of the “Breaking the Walls” campaign. The IS-affiliated Amaq News Agency, in a video released within a day of the attack, showed images of prisoners, burnt cars, and fighters speaking in the background.

The main goals of ISIS prison breaks include significant force regeneration by freeing inmates and propaganda dissemination to demonstrate the organisation’s capabilities, according to experts in a report for the West Points Combating Terrorism Center.

“Assaulting prisons and inciting prison riots are cornerstones of jihadi operational strategy. Jihadi groups target prisons as sites for attacks to free operatives and leaders from detention and to create propaganda wins against their adversaries,” Bennett Clifford and Caleb Weiss said in the report published in Feb. 2020.

The Kuje jailbreak, which led to the escape of hundreds of inmates, including dozens linked to terrorism, could have similar intent and impact on ISWAP. There are also the risks of prison attacks providing recruiting pools from inmates. A report from the Foundation for Investigative Journalism (FIJ) disclosed that the group first delivered a 15-minute lecture to the inmates before setting them free. The attackers also spoke in the local languages of Ebira, Fulfude, and Hausa.

The situation will likely exacerbate the already fragile security in the country. It could also amplify the group’s current operations, including expansion beyond the traditional sphere of influence in the Northeast and Lake Chad, where the group frequently conducts attacks on civilians and security forces. Their habit of conducting raids or setting up roadblocks to target government officials and aid workers could endanger these actors in other parts of the country.

However, it is expected that the recent attack in Kuje will incentivise Nigerian authorities to make badly needed reforms and investments to protect holding facilities and improve other internal security measures, including intelligence gathering.  Nigeria’s President Muhammadu Buhari has already expressed dissatisfaction with the intelligence agencies and the security breach at the facility. 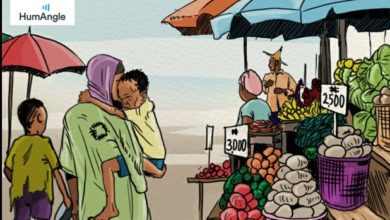 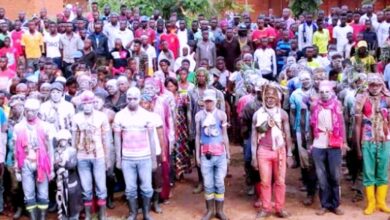 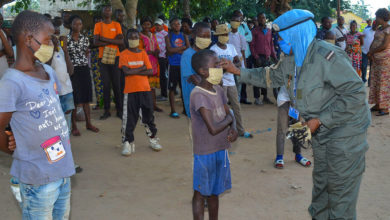 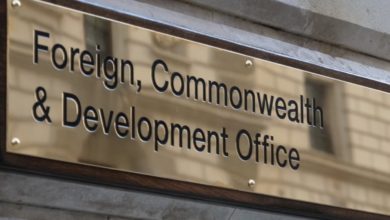