In July 2021, Edwin Clark, a prominent political leader in South-South Nigeria, had empathised with members of the proscribed Indigenous People of Biafra (IPOB); noting that they were fighting a just cause. “So, they have a good complaint, but going about it wrongly,” he said in an interview.

But Clark was quick to note that the IPOB leaders were dreaming with their inclusion of the South-south in their agitation for Biafra Republic. “How can Delta be part of Biafra?” he asked.

Nearly a year later, IPOB members are spreading their activities to the region and it is starting with Delta State where Clark hails from.

HumAngle reports that there was panic in Asaba metropolis on Monday, May 16 as a controversial sit-at-home order by the proscribed IPOB grounded many business activities. Some parents also said schools in the city sent children back home because of fear of possible attacks.

The separatist group, IPOB, with its armed wing, Eastern Security Network (ESN), have been in the forefront of armed struggle in a radical push to force the Southeast region out of Nigeria and create an independent state of Biafra, decades after an initial effort caused a devastating civil war (1967-1970) and failed.

HumAngle also reports that attacks perpetrated by IPOB and ESN fighters have resulted in the killings of state security personnel and civilians. The attacks have targeted police stations, markets, and other public properties, including Independent National Electoral Commission (INEC) offices and custodial centres.

IPOB was founded in 2012 by Nnamdi Kanu, who had spoken at various gatherings threatening Nigerian authorities. At various times, he referred to Nigeria as a zoo, urging his loyalists to take up arms against the state. “We need guns and we need bullets. It’s either Biafra or death,” he said in a 2017 interview.

While Kanu is currently standing trial for treasonable felony, unlawful possession of arms, and illegal importation of broadcast equipment at a Federal High Court in Abuja, his group has continued to enforce a sit-at-home every Monday to protest his continued incarceration.

The weekly sit-at-home protests, with substantial compliance, mean schools are shut to avoid endangering pupils and suspension of socio-economic activities. The intensifying violence associated with the secessionist agitation has also been met with the excessive militarised response of the state security forces.

In a bid to restore normalcy in the Southeast, Anambra State Governor, Charles Soludo, visited Kanu in detention on Friday, May 13, saying it was part of a wider consultation with critical stakeholders in search of lasting peace and security in the region.

Yet, the separatists, declared as a terror group by the Nigerian Government in 2018, are spreading their wings to the South-south. Attempts by HumAngle to reach elder statesman Clark for comments were futile, as he could not be reached as of the time this report was filed.

Our reporter, however, reached out to residents, security and public affairs analysts who spoke on the implications of the spread of the IPOB sit-at-home to South-South Nigeria.

Chido Onumah, a journalist, author, and rights activist said “the spread should be anticipated before now because there hasn’t been any serious engagements on the part of the government”.

“My expectation is for them to situate the crisis by finding who these people are. IPOB has on several occasions come out to say they are not responsible. Now who is enforcing this sit-at-home? We need to know those who are involved and the way the government handles the situation is responsible for the escalation.”

“If people commit crime, they should be arrested and be made to face the law but there is no political will to address the issue in the first place. It appears the government is not paying attention beyond the deployment of security operatives. There is a need for engagement by finding those who are really responsible because it is causing security and economic implications.”

“With these developments, elections are likely to be cancelled in some places and in places where elections are held, people may have to pay with  their lives. The implication is massive in whatever way we look at this and the government still bears responsibility because the people voted for them for the security of lives and properties and they should not allow the citizens to solve the problems themselves.”

Innocent Franscis, a businessman, said the situation in the Southeast has already forced many buyers and investors into neighbouring regions and the latest development would only mean further collapse of the economy.

“Some of our men left Onitsha to Asaba so they can do their business in peace and hoping that they may return at the end of the sit-at-home. Where will people who relocated to Asaba go? We lose billions every sit-at-home and it is doing a lot of harm to us. Our elites have kept quiet for too long and we continue to lose our fruitful investments,” Francis said.

A security management and intelligence specialist, Timothy Emmanuel said the first implication of the spread is “the deteriorating security situation in the region, the senseless bloodletting and barbarism that will follow.”

He added that the spread of the sit-at-home indicates an increasing failure of the capacity of the federal and state authorities to provide security for citizens.

“The police issued a counter statement when IPOB threatened sit-at-home in Delta but the non-state actor directive was enforced because IPOB members have a history of violence and people will prefer to do things against their will than disrespect IPOB. Sadly, security agencies have not been able to prevent that. People comply because of their safety.”

Abdul Mahmud, a lawyer and public affairs analyst, told HumAngle the impact of the spread depends on how the government views and labels the activities of IPOB.

“If the government persists in its continuing policy that labels the group as terrorist, there’s bound to be violence as the army and police attempt to check the incursion. My long-held view that securitising freedom and labelling the exercise of freedom as a threat to national security creates the type of violent confrontation we have experienced,” Mahmud said.

“The issue of stay at home as a right issue which intersects with the people’s power of civil disobedience. The question is why is the stay at home spread across the Niger? It has to do with the refusal of the Nigerian State to address the Igbo question – the age-long political injustices the Igbos have suffered. Whether or not people are forced to stay at home is a matter of perception, otherwise I’m curious to know why Federal government agencies like the police shut down in urban cities like Enugu.”

“My view is that the government should open some sort of constructive engagement with the group in order to isolate other unidentified groups that have seized on the situation to foment trouble. The government adopted similar steps in Northern Ireland during the years of the troubles that led to the birth of the Good Friday agreement on 10 April, 1998.”

HumAngle contacted Edafe Bright, the state’s Police Spokesperson, for comments but he did not respond to calls and text messages.

Meanwhile, the secretary to the Delta State Government, Patrick Ukah, issued a warning statement Monday evening, saying “Any group of persons under any guise or any organisations that want to disturb the peace in the state will be dealt with accordingly.”

He urged residents of the state to continue with their lawful duties without fear, assuring them of the government’s commitment in ensuring the protection of lives and property. 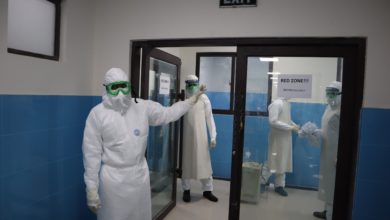 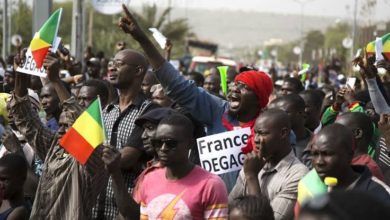 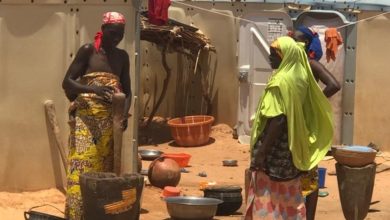 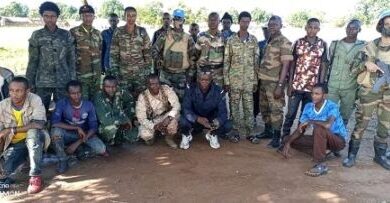