Recent GIS data has revealed that several areas in Lagos are at great risk of deaths and economic losses due to poor air quality.

The GIS data reviewed by HumAngle shows that the places closest to the central part of Lagos have the poorest air quality due to the highest levels of Nitrogen Dioxide (NO2) in the air around these places.

On the other hand, the places from Alimosho, near the Ikotun area and extending far into the western part of Lagos state including Egbeda, Ojo, Badagry, Agbara, and Festac town have a lesser concern for the NO2 in the environment. At the other extreme, the western part of the state also has the same level of concern for the quality of air due to low concentration. This area covers places including the general part of the Lekki area, Orisha-Epe, Oko Orisa, Ebudu Leki, Ilagbo, Ise, and the Igbogun areas.

Generally, the safety limit of the NO2 gas is at less than 0.1 PPM. Parts Per Million (PPM) is the mass of a chemical or contaminate per unit volume of water. The gas becomes dangerous at various levels as it grows higher than this.  From an analysis of the GIS data, the average level of the gas is between 0.11 PPM and 0.5 PPM in 2021. This figure has risen by 0.22 PPM since 2020, just as it did at the same rate from 2019. This means that the progression is sufficient to be harmful around the city in a few years as the limits continue to saunter into critical levels.

There are several things responsible for this.

In 2020, the World Bank published a study that revealed Lagos State lost $2.1 billion in 2018 due to air pollution. This pollution caused illnesses and up to 11,200 premature deaths that affected about 2.1 per cent of the Southwest Nigeria state’s GDP. The report indicated that most of the victims were children under five, with adults facing heart diseases, lung cancer, and chronic obstructive pulmonary disease.

The World Bank report noted that “ambient air pollution is caused by pollutants such as nitrogen oxides, sulfur oxides, ozone, air toxics, and fine particulate matter with an aerodynamic diameter of fewer than 2.5 micrometres (PPM 2.5). These are dangerous because they can pass lung barriers and enter the bloodstream, contributing to mortality and morbidity. While the WHO guideline for the annual mean PPM 2.5 concentration level is 10 μg/m3, Lagos has recorded levels of 68 μg/m3, in the same range as other polluted megacities such as Beijing, Cairo, and Mumbai.”

There are 20 Local Government Areas (LGAs) in Lagos state. Of the 20 LGAs, about seven places; Ikeja, Ikorodu, Ikoyi, Agege, Somolu, the Lagos Lagoon area, Lagos Mainland, and  Lagos Island have the poorest air quality due to the concentration of NO2 in the air. GIS analysis suggests that the level of traffic and the positioning of electricity-generating power stations near various neighbourhoods where Lagosians develop and live may be combining to create the level of harmful gas concentration in the air.

What is responsible for the emission?

Lagos is the most populous city in Africa, with some estimating the population at 14.3 million, some at 14.8. When the metropolitan area is considered, Lagos is the most populous metropolitan city in Africa, with over 21 million residents. This population (almost 10 per cent of Nigeria’s total population) is cramped into 358,862 hectares or 3,577 sq. km which is about 0.4 per cent of the total land area of Nigeria

The main ways in which NO2 gets in the air is from the burning of fuel from motor vehicles, power plants, generators, and off-road equipment.

As of 2019, Nigeria was estimated to have at least 23 million small gasoline generators that are eight times larger than the national power grid, according to the Access to Energy Institute (A2EI). The presence of these pollutants contributes massively to the death of air quality in Lagos.

Power plants contributing to NO2 emission

The arrangement of these gas power plants means that they contribute NO2 to the quality of air which is concentrated along the central Lagos area. Interestingly, none of these power plants is positioned in places the air quality data marked for their low concentration of the gas.

Steps towards saving Lagos and its inhabitants

The World Bank, in the 2020 report, while seeking a solution to Lagos’s raging environmental situation, said it would “propose various options, keeping in mind that they can be effective only when implemented simultaneously. Low emission vehicles could reduce air pollution if they adopt cleaner fuels. Old generators could be decommissioned but alternative power sources must be put in place first.”

It also mentioned that “Lagos is making some progress in initiating laws that still need to be implemented.”

The World Bank, in referencing the absence of cogent steps and its collaborative efforts, mentioned that “in the future, priorities could include long-term monitoring of air pollution, centralised health data by age and cause of mortality or morbidity, an inventory of polluters and better analysis of the impacts of indoor pollution on health.”

“Investment shortfalls can be curtailed through innovative financing. That is why we are exploring with IFC, the issuance of a Breathe Better Bond (BBB). This innovative financing instrument will offer an opportunity to tackle air pollution and greenhouse gas emissions by investing in climate-friendly infrastructure projects while improving the quality of life.”

While it is important to examine alternative means of energy sources in Lagos and to set up long term infrastructure to mitigate the impact of the pollution, Lagos may not escape constant pollution until it resolves its transportation crisis, its overpopulation, and poor quality of life due to absence of several amenities.

All GIS data were sourced from the Lagos Air Quality Google Earth Engine Project and extracted by Mansir Muhammed and Kayode Adeniyi.

Mansir Muhammed is a GIS specialist and an environmental scientist. He oversees the planning and coordination of Geographic Information Systems (GIS) activities for HumAngle. He tweets @mansir_F_A 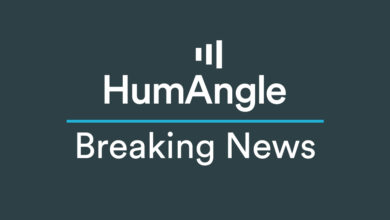 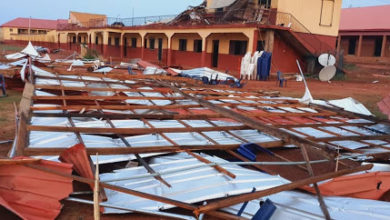 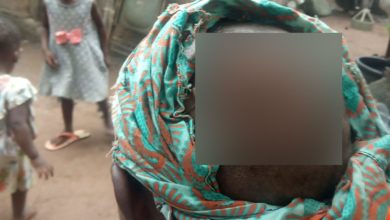 Mother Of 8 Narrates Life Of Abuse In Forced Early Marriage