The rumour that there was going to be another terrorist attack was not news in Gworok, popularly known by its Hausa name ‘Kagoro’, a town in the Kaura area of Kaduna State, Northwest Nigeria. Its people still cringed at the memory of sporadic shooting that led to a mass burial in 2021. There were others too, not so long ago within Southern Kaduna, a part of the state recorded as witnessing the highest number of deaths in the government’s security report.

But Friday, March 18, 2022 passed without event, Saturday was the same, and then Sunday came with gunfire, the kind Rita, a resident of Ungwan Kule, compared to torrents of rainfall or hail.

Apparently, the terrorists had a way of getting across the message that they were visiting, usually after attacking a particular settlement. Still, the Kagoro communities of Kanwai, Tsongai, and Adan were, as usual, caught unawares at about 7:30 p.m. on Sunday, March 20.

“The first one that happened was in our village, Ungwan Kanwai, in Mararaba and we haven’t been sleeping,” Rita tells HumAngle anxiously.

Then the terrorists spread the news that they were coming to other villages. And when they did, they attacked Adan, Kanwai, and Tsongai. Their methods were strategic, HumAngle gathered. They divided themselves into groups and attacked at the same time.

“We started running when we heard gunshots. Our houses were burnt.”

That night, terrorists killed, burned ginger store houses, and other food stores. From the onset, residents thought they were soldiers, but Justina’s husband quickly realised otherwise.

“They forced shops open, took goods and then set them on fire. They did this for a while and met up with other groups before they left. They were eating snacks and downing drinks as they went.”

Justina, 35, a resident of Kule and mother of four, lived just a stone’s throw away. She was returning home from another community that Sunday when her husband called to remind her that terrorists had threatened the area. Then as she reached her house, she heard rapid gunshots.

“I told the children to turn off the television and we came out. We ran and I kept saying Jesus, Jesus,” Justina recalls. “We kept running. Even soldiers who heard the commotion took cover. Some entered goat pens to hide.”

But when the terrorists refocused their attention on a different area, the soldiers gathered courage and started shooting back.

“This was what pushed them [terrorists] back not to enter more villages. But already they had destroyed lives and properties. My house, fortunately, was not burnt down.”

Yet, Justina is certain the terrorists will return. Even now, as she seeks refuge with other displaced persons in a nearby village, the memory of how she and her family made it out alive is like a miracle to her.

“When we followed the main road. We had already been told that they came with guns that had jigida [bandolier]. They stationed it around the Kagoro roundabout and shouted ‘Allahu akbar’ as they sprayed bullets.”

That night, Justina and her family had run to a particular house to seek refuge but its inhabitants had deserted the house. So they slept there on the floor.

On the morning of March 21, Rita and Justina, scared to death but curious, were among those who went around to see the extent of the damage.

“About eight people were killed in my village, Kanwai. They slaughtered some and burnt others in their shops,” Rita says.

Justina saw four corpses in a shop and eight others in a yam farm. “They have already been buried,” she adds. “Many houses were burnt and I kept walking mechanically, looking at the destruction like I wasn’t using my own legs.”

When she reached Babara, a village in Mararaba, she saw the dead body of an elderly man. There were many others. This was when they were told that the terrorists were on their way back.

At the time this report was filed, Justina and Rita were seeking refuge in another community.

Their host, Duniya, had first mistaken the gunshots for something else, but he got a confirmation soon enough. People started trooping into his home and saying a Fulani militia was attacking them. That night of Sunday, March 20, there were about 13 people in his home, but by the next day their numbers had increased to over 30, he tells HumAngle, his voice tinged with sadness.

Currently, the Kaduna State government has imposed a 24-hour curfew on the Kaura and Jema’a Local Government Areas (LGAs) of the state. Samuel Aruwan, the Commissioner for Internal Security and Home Affairs, said in a statement that this was “following advice from security agencies.”

He added that the measure was taken “to assist the security agencies to stabilise the situation in the areas, save lives and property, and enable the restoration of law and order.”

Matthias Siman, the Chairman of Kaura LGA, put the figure of destroyed houses at over 100. He said that the terrorists came in three 18-seater buses at about 7 p.m. on Sunday and operated till 11 p.m. “He also identified the three soldiers killed as operatives attached to Operation Safe Haven who came to repel the attack.” 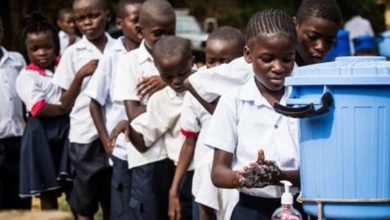 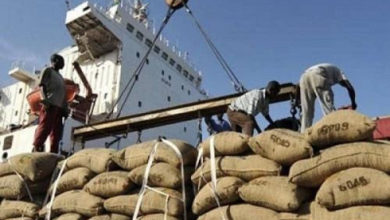 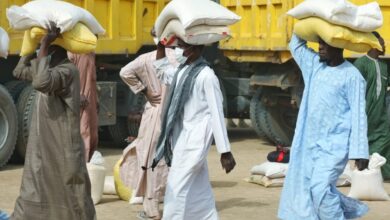