Shodipe, a 19 years old man, was arrested with two others by the police on July 17, 2020 and was later charged to court but remanded in police custody. He, however, escaped from lawful custody on Tuesday, August 11, the police said.

Shodipe who was one of three suspects linked with the frequent Killings in Akinyele Local Government Area, revealed that he was given N500 and food for each of the six persons he murdered.

No fewer than five persons were reported raped and murdered in Akinyele Local Government Area in June and more incidents occurred in July.

Shodipe was among 19 suspects arrested on July 17 by the police for various offences ranging from armed robbery, defilement, motorcycle snatching, among others.

Recounting his operations after his arrest, Shodipe said he was sent on the mission by a 50-year-old herbalist, who was his master.

“Anytime am going for the killing, Baba will give me some charms and also teach me some incantation to be recited so that nobody will see me at the scene of the crime.

“I normally hit the victims with a shovel and recite the incantation immediately, after which blood will gush out of the victim’s body.

“Baba instructed me to always move round the victims at the scene after killing them and as well turn my back to them and stay there for like three minutes which I did and nobody will see me.

“Baba said the spirit of the victim will come to him after I kill them.

“Baba did not tell me the reason for the killing but he will buy food for me and as well give me N500 after each of the killings I carried out for him,” he said.

The herbalist whose name was withheld’ denied ever sending the suspect on a mission to kill but confirmed that the suspect was brought to him by his parents to learn about herbs.

“The boy was brought to me in 2016 and only spent six days with me and I sent him away and since then I did not see him.

” I only saw him some days ago when he came with the police, though I do give him food,” he admitted.

The commissioner of police said that the 19-year-old suspect was arrested through a receiver phone he stole from one of the deceased victims, Azeezat Shomuyiwa.

He said the suspect targeted female victims and attacked them with dangerous weapons and robbed, them before hacking them to death.

He said the suspect had confessed to masterminding various crimes within Ojo’o, Akinyele and Moniya areas of Ibadan.

“His last operation was carried out on June 29 where he attacked Mrs Adeola Azeez and her daughter with a shovel.

“The duo were seriously injured on the head and he carted away with their phone and money; the victims are currently responding to treatment,”Enwonwu said.

He said the suspect led Special Anti-Robbery Squad operatives to the hideout of the herbalist who allegedly engaged him for the killings.

The commissioner implored the public to be on the lookout, arrest and immediately inform the police wherever he was seen.

and urged the people to transact their lawful businesses peacefully.

The commissioner also advised angry youths and mobs not to take the law into their hands by inflicting jungle justice on suspected criminals but to hand them over to the police for further action. 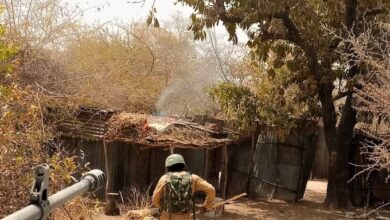 Insecurity: Over 1,200 Killed In Nigeria In March, Highest Death Toll This Year 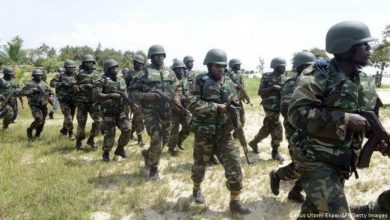 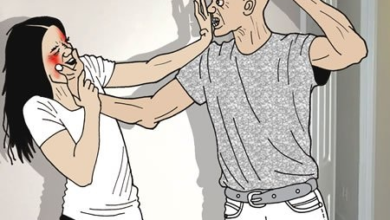 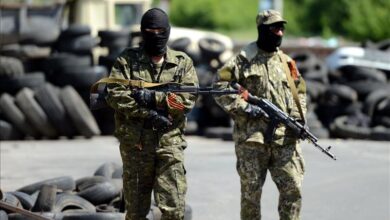