Precious received a call from her sister that led to her relocation to Lagos in search of greener pasture. Her life changed forever.  Today, she juggles three jobs to make ends meet.

As a personal shopper, she helps others shop by giving advice, making suggestions and getting the products. She combines this with freelancing and some desk work at an organisation she prefers not to mention.

Precious who grew up and schooled in Port Harcourt, Rivers State, South-South Nigeria said she had to pull up her survival instinct. “Lagos gives me a kind of rush that I know I’ll never get in any other city in Nigeria. It’s just that there is a lot more elitism in.”

She added that she is in the city to make money because facts and stories have told her it is the place to accomplish that in Nigeria.

“As a 9 a.m. to 5 p.m. [WAT] employee, I have to go to work four days a week and that means I am constantly in traffic. After that, sometimes I have to go to the market because I am a personal shopper and my services require that.

“So, by 5 p.m. I dash out of the office to go to one of my favourite places to shop, Tejuosho market in Yaba. And I have to get on a bike to do that. Then I come home to do some freelancing gig, which sometimes keeps me  up all night, and the next morning I am up again and the struggle continues.“

But does she have time to relax?

“I haven’t hung out in a while. I get an actual hang out once every two months. For this year, it’s been that scarce because I have been trying to settle down at my new job.”

Traffic not palatable in Lagos

Precious spends an average of N8000 daily to commute to work, particularly if she takes a taxi. “I spend on average one hour or an hour and 30 minutes if I use a cab. When I use a bus, I spend N1,200 and at least two hours on the road because if the bus is not waiting for passengers they are fighting with somebody.

“I stay on the island and work on the mainland. I leave the house at 7:30 a.m. because I resume at 9 a.m. I usually take a cab from my house, which is at Ikate, to Lekki phase one gate; from there it’s usually a breeze. I come out from my house at 7:30 and it’s hard for me to find a bus to Obalende because a lot of people are going to Obalende and usually the buses are already full before they get to my bus stop. So I wait for like ten minutes and then I get a bus to Obalende.

“From Obalende getting a bus to Yaba is quite easy but waiting for the bus to fill up is another ball game so I usually get to work late when I take a bus. The truth is, I commute in different ways, by bus or by cab and the more convenient option is the cab. It’s not just convenient, it’s faster.”

Okpevie, who is an entrepreneur, journalist, and a student of Nigerian Institute of Journalism said “the Lagos of my dream is a place without traffic and touts all over the place.

“It’s overwhelming but I have a schedule so I know how to manage my time. I know days I have classes and days I don’t have classes. I schedule a time for my business. I can only go to the market on Wednesdays and Fridays and I go to work every day except on Tuesdays. I also go to school every day.

“I know traffic is the major issue in Lagos so when I started schooling in NIJ, I made sure my house is close to the school. That was one of the major things I was looking out for when I was looking for an apartment. So going to school and  work every day is not stressful because it is like a stone throw away.”

But going to shop for clients is the most stressful part. “It takes like an hour to get to the market. If I leave the house around 7:30 a.m., I am already late and would get into traffic. The market is Katangua market in Abule Egba and the road I take from Ogba is at college road and there will be lots of school students around that time and I end up getting to the market around 9 a.m.”

Her worst experience was when she got stuck on the third mainland bridge for two hours.

“Traffic is one of the major issues in this place. If you wake up late, it can mess up your whole day so you always have to be on time. For me, because of proximity, I don’t usually go through traffic.

Okpevie is unwilling to settle down in Lagos and prefers Ibadan. What strengthens her resolve is the fact that her boyfriend who stays there does not like Lagos State too.

A report by the Council Of Foreign Relations shows that Lagos had an estimated population of 763,000 as at 1960. Today , the population is up to 21 million.

While Lagos is one of the largest cities in Nigeria, security concerns, rural poverty, and hope for greater economic opportunity keeps driving people to it. 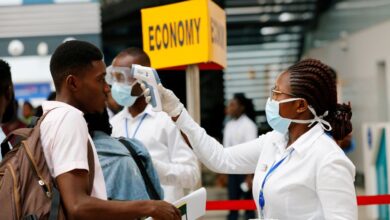 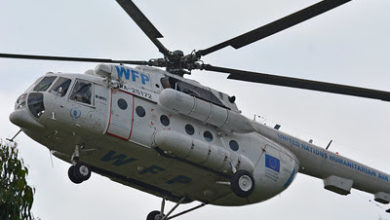 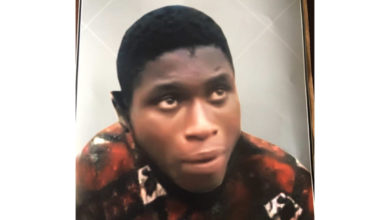