One of the students abducted from the Federal Government College, Yawuri, Kebbi has died as four students and one teacher were rescued following a gunfire exchange between Nigerian troops and terrorists in Kebbi State, Northwest Nigeria.

The operation that led to the rescue of the five students and one teacher was conducted in Sakaba Local Government Area of Kebbi State.

Confirming the rescue of some of the students, Abubakar Abdulkadir, a Air Commodore and the Force Commander of the Joint Task Force in the North-West Zone, confirmed the operation to reporters in Zamfara State on Friday.

Abdulkadir said a teacher and four students were rescued during the operation.

“In the early hours of this morning, we came across the terrorists. They came to our blocking point, and we engaged them.”

“At that point, they abandoned five of the students and one of the teachers,” Abdulkadir said.

He added that one of the students died.

But the Air Commodore did not state if there were casualties on the part of the terrorists.

A witness told the BBC that they saw over 80 dead bodies in the forest.

“What happened in Makoko town is unbelievable. The soldiers engaged the terrorists in an exchange of gunfire and we have counted over 80 bodies so far.”

“There are about seve  rescued,” the eye witness said.

The Kebbi Police Command said rescue operation was still on top gear for the missing students.

Nafi’u Abubakar, the spokesperson of the Kebbi Police Command, said this in a statement made available to journalists on Friday. 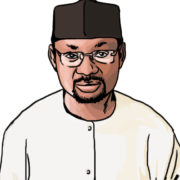