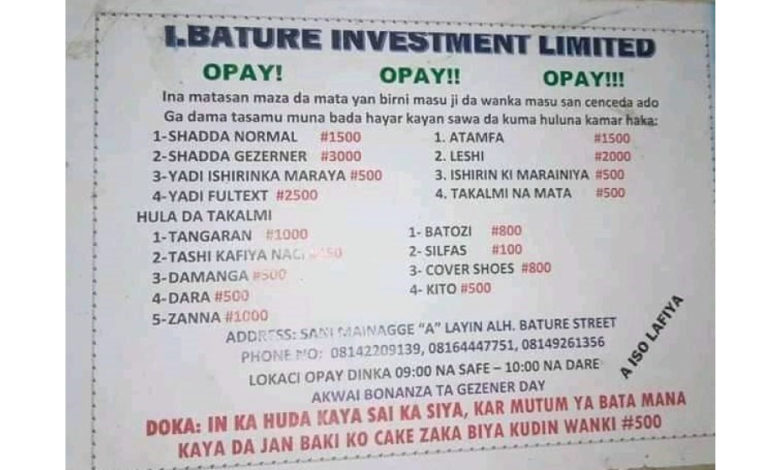 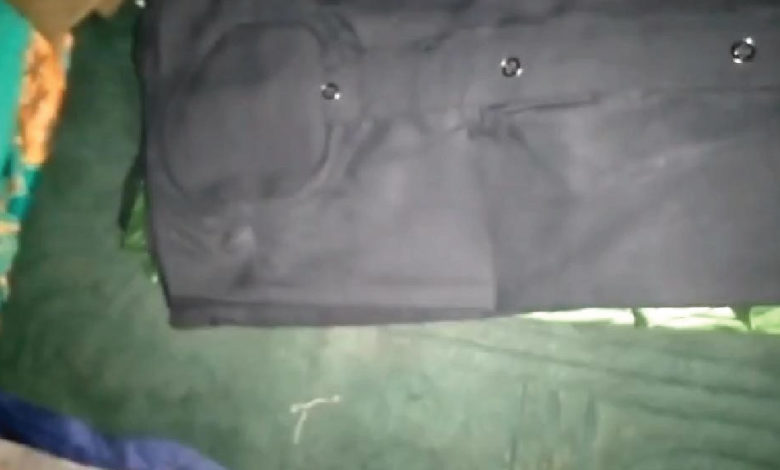 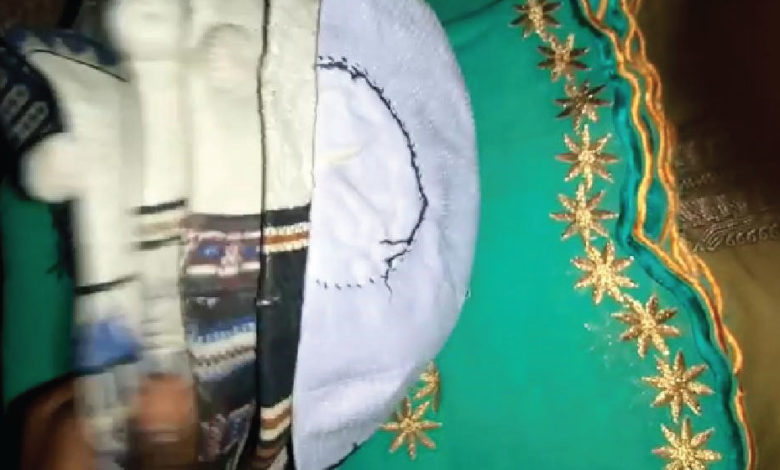 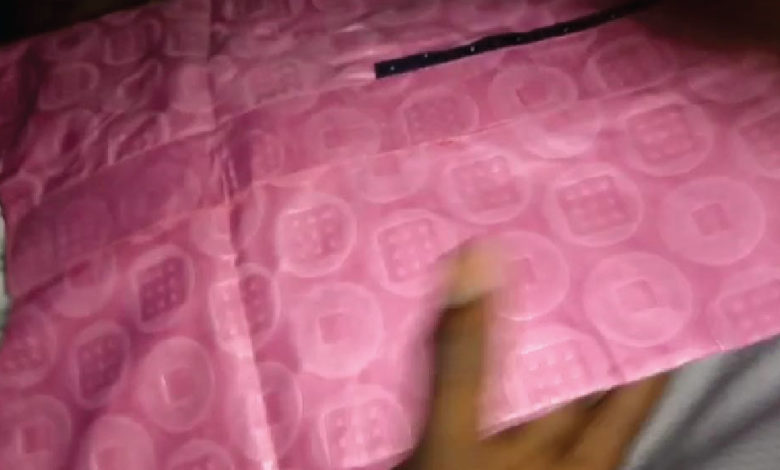 Kano State is known as the centre of commerce because of thriving economic activities in its communities that have made it to have one of the largest Gross Domestic Products in Nigeria.

Among such commercial activities is the renting of clothes – a practice which, according to some sources, dates back many decades in Fagge Local Government Area of the state.

Fagge is blessed with highly skilled tailors who sometimes sew expensive clothes and give them out for temporary use. The business model eventually faded because of the negative impression many had about it. But one young entrepreneur in Sani Mainagge, a community in Gwale Local Government Area, hopes to restore the practice to the mainstream.

Bature Yakubu, 24, with his recently launched business, Bature Investment Ltd, leases out clothes, shoes, and caps to young people of both genders who use them to impress. But concerns have been raised by experts as to the medical and social  implications of this kind of business.

Bature’s inspiration to start the business came from his late father who repeatedly advised his children to be innovative. Before establishing I. Bature Investment two months ago, he had often given out his clothes to his friends for their personal use.

“This drew my attention to the potential of charging fees on each of my clothes that is hired,” he told HumAngle, adding: “My friends supported me and also if they hire my clothes, the money is gathered to purchase and sew more classic native clothes.”

Currently, Bature’s business has over 10 damasks, a popular attire in the region, made of getzner fabric. But all is not rosy just yet.

One of his biggest worries is that some of his close friends forcefully collect his clothes without making necessary payments, ranging from N500 to N3,000 per attire depending on the quality of material used in making them.

To solve this problem, started demanding deposits of Automated Teller Machine and Identity cards from customers whom he considers to be unreliable.

“Most of the time, unknown numbers call me and threaten to injure me and others, so I am scared because the threats are diminishing my business and also trust among

customers,” Bature said. “I don’t know if there is any other person who is doing this kind of business in Kano.”

Some of the young entrepreneur’s customers told HumAngle that  they hired  the clothes to either impress their partners or make  impressions on others.

Ahmad Isa once rented clothes made of getzner shadda, a cap called Tangaran, and a pair of Batozi shoes from Bature. He had been invited by his girlfriend to a wedding dinner organised by her family and he needed to look his best.

“The main reason behind the hiring was that my girlfriend told me she would introduce me to her family and since I didn’t have classic yards to wear, I went to I. Bature and hired classic wears so that I would look more important,” he explained.

“I could not attend the dinner in a shirt and a pair of trousers because I would look less important and also the parents might regard me as a hoodlum,” Isa said.

Another client, Abubakar Musa, said he got a Tangaran cap and shadda from the rental shop to visit his in-laws because most of his clothes were not traditional.

“As I heard of I.Bature, I rushed to him to rent glamorous clothes to look expensive, and I was impressed with the clothes because the parents respected my outfits. I will continue to patronise him if the need arises,” Musa said.

Skin diseases can be contracted ― Dermatologist

Although clothe hiring poses some health risks, especially during an outbreak such as the COVID-19 pandemic, many customers seem indifferent to the issue.

Dr. Suleiman Muhammad, a Consultant Dermatologist at Murtala Muhammad Specialist Hospital, Kano, advised those renting to be mindful of the health implications of using dresses worn by other people.

“The skin sheds about 500 million cells per day,” he said, adding that: “Depending on the person, some skins might react to the materials or fabric used in making the clothes.”

“The clothe hired can be a carrier of diseases like lies, bed bugs, tuberculosis, bacteria, eczema, or can lead to itching and rashes.

“So people should not hire clothes without appropriate consultation because there are diseases people can become prone to getting such as Tina Versicolor. Wearing such clothes will no doubt spread the disease,” he added.

The health professional further explained that wearing hired clothes could aid the spread of fungal infections because of ineffective washing that might not entirely remove deposits of microbes.

“Also, the environment where the clothes are kept have to be clean because mites can stay on them and eventually lead to a skin disease,” he said.

“There is a skin disease called Molluscum Contagiosum. In the process where clothes are returned with some fluids from the last person and another person picks them up, there is a tendency for the new client to develop the disease.

Dr. Maikano Madaki, a sociologist at the Department of Sociology, Bayero University Kano, said although he was not sure of the legality of the business model, people must  be careful not to portray false identities of themselves so as not to affect social values.

“In a modern society your identity is your personality. It is a form of deception for people to fake their identity by hiring or lending properties they don’t possess to impress the opposite sex,” he argued.

“An individual who hires clothes to fake his identity is tarnishing his image, creating wrong understanding that may affect his acceptance and the treatment he is supposed to receive,” Madaki stressed.

He said  to avoid clashes, the hirer must sustain his deceptive appearance of possessing the expensive materials.

courtship, which leads to marriage, it can easily lead to crisis, domestic violence, breaking of the home and divorce if not appropriately taken care of.

“Such business should be discouraged because society cannot be built on lies. If an individual wants to look good, he or she should purchase the items and not fake their identity,” Madaki advised.