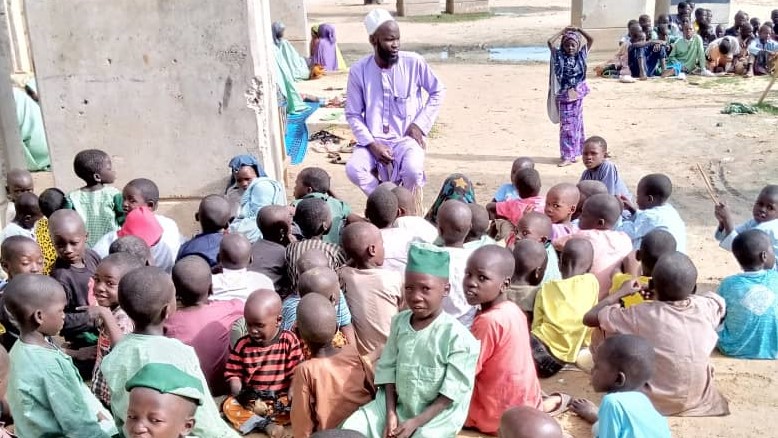 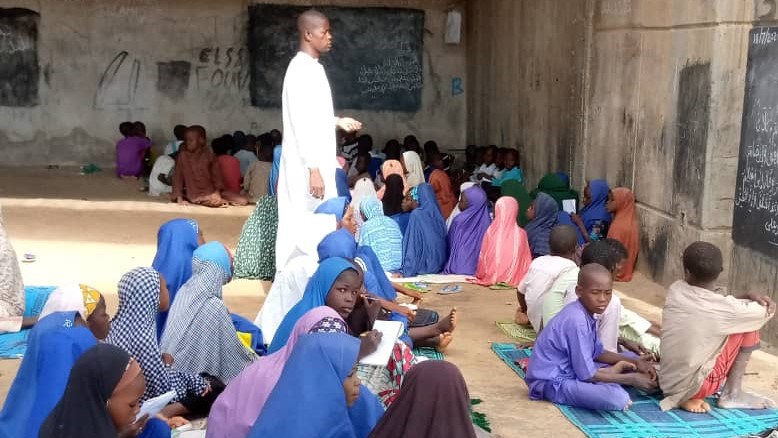 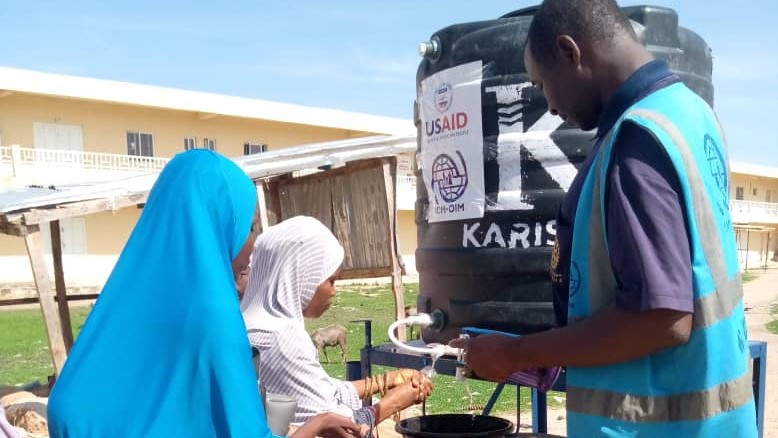 Internally Displaced Persons (IDPs) are particularly more vulnerable to the Covid-19 pandemic than many other groups, considering how they are cramped in camps with poor health facilities.

The World Health Organization (WHO) advises that social distancing should be practised to minimise contacts that may lead to infecting others with the coronavirus.

However, for a large number of IDPs who find themselves sharing one tent with at least five people, communicating the virus to a nearby sleeper, especially who, like many others in the North East, don’t believe the virus exists, is as simple as sipping a cup of coffee.

Aisha Saminu of Stadium IDP Camp in Borno State told HumAngle that although she lives with eight co-IDPs in one tent, none of them contracted the virus. Aisha believes Covid-19 doesn’t exist because she has seen no one around her has tested positive of the virus.

“Covid-19 is not real,” she said. “No one has died of it here even with all the measures not practised, we are still surviving”.

Aisha was narrating what she saw in the camp. The only way for her to believe the virus exists is when she witnessed someone has died of the virus, even though the fatality rate of the virus is less than 3% in Nigeria.

This lack of awareness about how the virus affects people by many IDPs is worrisome. If anyone of them contracts the disease, it will be spread in geometric progression, especially with the conditions in the camps.

There are many IDPs like Aisha who share similar views because they have never seen someone test either positive or negative for the virus. Their camp lacks not only testing facilities but water supply to wash their hands as recommended by WHO.

25-year old Zainabu told HumAngle that although she believes the virus exists, unlike Aisha, protecting herself is a herculean task.

“We are aware of the virus, but we can’t afford to wash our hands with water or hand sanitizers. However, during sensitisation in our community, we are told to use ashes and salt to wash our hands,” Zainabu said.

Some NGOs provided handwashing facilities to the camp, as Kellemu Modu said, but they are not enough to suffice every part of the camp. This is among the reasons, as he said, that even among those who believe the virus exists, not all of them wash their hands.

Kellemu told HumAngle that social distancing is not practised in the congested camp. The five metres recommended by WHO could not be possible where many IDPs sleep with one’s head touching the toes of another under one tent.

Lockdown: Adding Insult to the Injury

The IDPs who spoke to HumAngle said the lockdown measure imposed by the government to curb the spread of Covid-19 is deadlier the virus itself.

Sakina Yusuf lamented that she believes the virus exists and she does what she could to avoid contracting it, but more worrisome to her is getting the food she could. Her fears are not only of the virus but the lack of what to eat.

For Ummi, a 27-year-old mother of five, her worries are how humanitarian agencies stopped working due to the virus and how the government forced them to stay in the camp without going anywhere to get what to eat.

“We lack food and water. The borehole is our only source of water, and due to the lockdown, there is a scarcity of the water and even the food. Donors have stopped all the interventions,” she lamented.

For 30-year-old Zubaida whose son fell ill during the lockdown, lack of access to healthcare and medical doctors was her major concern.

“My baby was sick during the lockdown, but there was no medicine in our clinics and medical personnel were scarce,” she narrated.

‘No Virus, No Face Mask’

HumAngle has noticed that a large number of IDPs don’t believe Covid-19 exists and therefore don’t use protective measures to avoid contracting the virus.

Children were seen by HumAngle in the IDP Isamiyya School practising no social distancing. The teachers themselves didn’t were face mask.

But a security man working at the IDP camp told HumAngle that NGOs are making efforts towards sensitising the IDPs on the dangers of Covid-19 to their health as many of them don’t believe the virus exists.

He prayed to the wealthy individuals to help the camp in this trying time as the government can not do it all alone.