Human Rights Watch (HRW) has observed that how the Chadian government approached the death of former President Idriss Déby by handing over power to his son, who now chairs the transitional military council, violates the country’s law.

Following the conduct of presidential elections on Sunday, April 11, Chadian armed forces have had to repel rebel groups that made their way into the country, towards the capital N’Djamena, from Libya.

The former leader’s son, 37-year-old Mahamat Idriss Déby, who has had extensive combat experiences in the army since 2006, was made interim president. The parliament was dissolved, a curfew imposed, and the country’s borders shut. Mahamat is expected to be at the helm of affairs at least for the next 18 months.

HRW, however, stated on Tuesday that the turn of events was in contravention of Chad’s constitution, “which provides that in the event of the death of a president, the president of the national assembly should provisionally lead the country for 45 to 90 days before a new election.”

The international non-governmental organisation urged the military council headed by the younger Déby to respect human rights, protect citizens, and adhere to the rule of law.

“The military council should also ensure a swift transition to democratic civilian rule, upholding the right of Chadians to elect their leaders in free and fair elections,” it said.

According to Ida Sawyer, HRW deputy Africa director, Déby’s death could have “potentially explosive consequences” for the future of Chad and the region.

“Chad’s regional and international partners should closely monitor the situation and use their influence to prevent abuses against civilians.” she advised.

“They should ensure a prompt and peaceful transition to civilian government, based on Chadians’ free exercise of their wishes in a fair election.”

Human Rights Watch asked the African Union (AU) to deploy a crisis team that includes human rights observers to keep an eye on developments in Chad and urge the country’s security forces to respect citizens’ rights.

“For years, international players have propped up Déby’s government for its support for counterterrorism operations in the Sahel and the Lake Chad basin and involvement in other regional initiatives while largely turning a blind eye to his legacy of repression and violations of social and economic rights at home,” it noted.

“The African Commission on Human and Peoples’ Rights (ACHPR) and the Office of the United Nations High Commissioner for Human Rights (OHCHR) should also closely monitor the situation and support the work of local human rights defenders.” 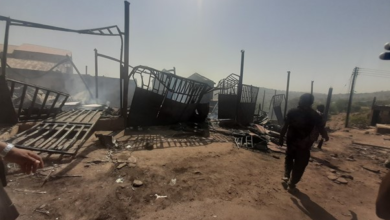 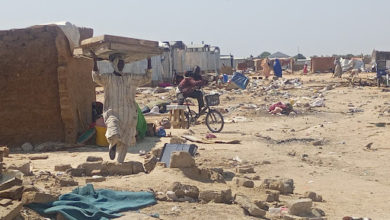 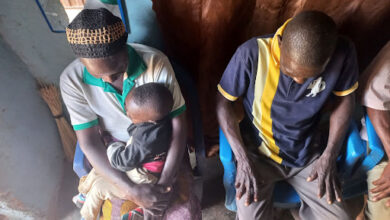