Some retired soldiers under the umbrella of the Coalition of Concerned Veterans (CCV) have accused the military authorities and Nigerian government of official neglect.

Abiodun Durowaiye-Herbert, convener of the coalition, told HumAngle that they are being denied their pension arrears for the past 24 months.

Durowaiye-Herbert said efforts by the pensioners to get paid by the military pension board have not yielded any positive results even as they continue to lose their colleagues to pain from the alleged unfair treatment.

HumAngle saw a letter written to the defense and finance ministries on Nov. 8, 2021, where the coalition made appeals for payment of their arrears.

“The Presidential approval for the implementation of the consequential adjustment to pension benefits occasioned by the new minimum wage of 2019 was granted by the Commander-in-Chief and President of the Federal Republic of Nigeria and the circular was released accordingly,” the letter said.

“Thereafter, the upward adjustment of all pensioners’ benefits commenced from May 2021 payroll according to an approved template with the associated means of Twenty-Four (24) months to take effect from April 2019.”

“Unfortunately, while the military pensioners have been waiting endlessly for the 24 months arrears to be paid, it remains public knowledge that our civilian counterparts have largely been paid the same by the same Government. It is sad and smacks of insensitivity and lack of empathy that our plight is of little or no concern and worry to the managers of our welfare.”

The retired soldiers also said lack of priority to their welfare is certainly in “gross violation of the good intentions of the person of our dear President for our well-being.”

They also begged that the payment of their 24-month arrears will avert a repeat of the September, 2017 episode and series of peaceful and protracted protests.”

Following the failure of authorities to respond to the demands of the ex-soldiers, they embarked on warning protests in various parts of the country on Dec. 20, 2021.

They stormed some major metropolises, holding placards with messages about their plights and worries in recent years.

They demanded an immediate payment of 24 months minimum wage increment, security debarment allowance, a refund of deductions from medically discharged retired soldiers, an automatic Armed Forces slot for qualified children of retired servicemen among others.

On Thursday, Jan. 6, 2022, the retired soldiers protested at the headquarters of the Ministry of Finance, Budget and National Planning in Abuja to demand immediate payment of their allowances.

They were seen with placards showing inscriptions like: “Review the wide disparity in pay and pension across the ranks of serving and retired personnel”, and “We demand upgrade on health schemes to curb elderly diseases”, among others.

Durowaiye-Herbert threatened that ex-military personnel would picket the defence headquarters on January 15, a day set aside to mark the “Armed Forces Remembrance Day” if authorities refused to pay their outstanding allowances.

Durowaiye-Herbert also said the alleged neglect by authorities have led to the death of some of his colleagues “because we find it difficult to put food on our table.”

“I can tell you that many of our members have died in the last one year. It is painful that we put our lives on the line to make Nigeria what it is today. The simple truth is that the way authorities are treating us (retired soldiers) will not encourage those serving at the moment. It is going to dampen their enthusiasm to give their best.”

In reaction to this, the spokesperson of the military pensions board, Lawal Olayinka, appealed to the pensioners to desist from any further agitation as their demands are being addressed by relevant government agencies.

“Our esteemed military retirees would recall that in May 2021 the MPB notified them through a press release of my discussions with the Federal Ministry of Finance Budget and National Planning (FMFBNP) with regards to payment of all outstanding entitlements of military retirees as a result of the consequential adjustments on pensions occasioned by the New Minimum Wage Act, 2019.

“My engagements with the Ministry paid off in June 2021 as funds were released to the Board for payment of shortfalls in gratuities of military retirees who retired/discharged from the Services between 18 April 2019 and 30 April 2021 as well as the implementation of the new pensions pay chart. Consequently, the shortfall in gratuities to deserving retired/discharged personnel were paid in July 2021, while all active retirees were placed on their new pension pay scale WEF May 2021 as directed by the President and Commander -in-Chief of the Armed Forces of Nigeria.

“It is in this light that I wish to inform our esteemed retirees that the funds for payment of the 24 months minimum wage pension arrears to military pensioners is included in the Board’s year 2022 budget estimates, currently under consideration at the National Assembly.

“Furthermore, I am also pleased to inform our esteemed retirees that the Board’s year 2022 budget estimates have been successfully defended before relevant committees of the National Assembly. Therefore, I would like to seize this opportunity to inform and assure all our esteemed pensioners that once the year 2022 budget is passed and assented to by Mr President, payments of the outstanding 24 months minimum wage pension arrears will commence.

“In the face of the current security situation in the country and the spread of a new variant of COVID-19 Virus, gatherings of any sort in the name of protests of any kind should be discouraged by military pensioners and other stakeholders in the administration of military pensions. While thanking you all for your patience, understanding and continued support, please accept my esteemed regards,” the pension board reaction read. 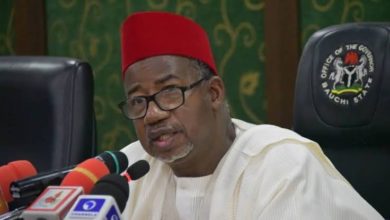 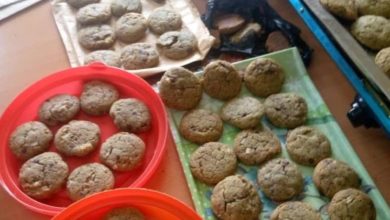 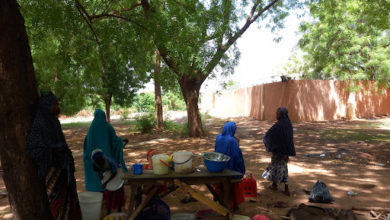 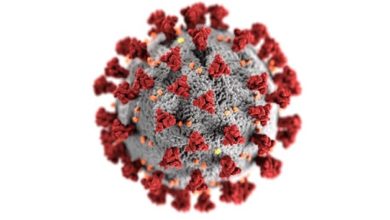