Over 10,000 residents of Guyuk and Lamurde Local Government Areas (LGA) of Adamawa State, Northeast Nigeria, have been displaced by recent clashes between the agricultural communities. The UN Office for the Coordination of Humanitarian Affairs (UNOCHA) has revealed.

The OCHA report revealed that the displaced are currently hosted in five school facilities converted into temporary shelter sites.

According to OCHA, between June 6 and 9, 2022, the violent attacks claimed the lives of at least 30 locals while 500 homes were destroyed.

The onset of the rainy season, a peak period for wet season farming, often trigger disputes over land ownership.

Similar clashes and mass displacements were reported around the same period in 2019 and 2020, with Guyuk and Lamurde LGAs being hotspots of these attacks.

While security forces have been increased to contain the increasing wave of violence, Ahmadu Fintiri, the Governor of Adamawa State, has imposed a 12-hour curfew across the affected communities (Lafiya, Boshkiri, Mumseri, Mere, Kupte, and Zakawon).

The Government, through the State Emergency Management Agency (SEMA), has requested the support of humanitarian partners in responding to the needs of the displaced civilians. SEMA has provided initial food and non-food item (NFI) assistance, but deficiencies remain high.

In response to the situation, the World Health Organisation (WHO) has deployed mobile health teams to Boshikiri, where the delivery of health services is ongoing.

So far, about 2,515 people have been with mental health and psychosocial support, including gender-based violence counselling.

Inter-communal and farmer-herder clashes have become more prevalent in southern Adamawa despite the Boko Haram insurgency in the northern part of the state.

According to the Displacement Tracker Matrix (DTM) round 40, there was an increase in the number of displaced persons in the state, with communal clashes accounting for 26 per cent, making it the second most common reason locals flee their homes.

In May, HumAngle published an early warnings report that revealed how communities in nine LGAs in the state, including Lamurde, were at potential risk of agro-pastoral conflict.

There are approximately 221,757 internally displaced persons (IDPs) in Adamawa, and only 9 per cent are in camps or camp-like settings. 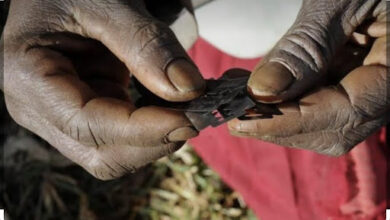 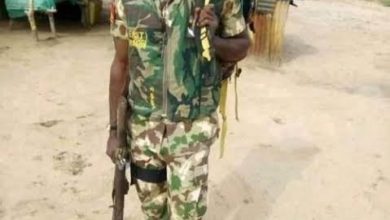 Fact-Check: No Evidence That A Soldier Who Shot Senior Officer Was a Member of Boko Haram 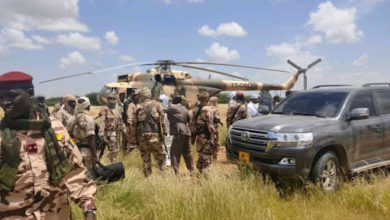