Fatihu Jibrin was lured into investing his money in a ponzi scheme known as InsMe by a friend. The return promised was enticing.

The investment was more profitable than his small scale business that required hard work and long-term dedication, he said.

Jibrin said that above all, his normal business did not guarantee return on investment.

The promise by the scheme was too good to resist, and he decided not to allow the opportunity slip.

Jibrin contacted another close and trusted friend working at a financial institution to investigate whether InsMe was different from countless ponzi schemes which had operated in Kano in the recent past.

Many schemes that operated in the state had promised quick returns but later collapsed. Thousands of greedy investors lost huge sums but some learnt no lessons from the experiences of such investors.

Scammers have continued to devise new techniques to lure potential investors and that has led many to fall victims.

Jibrin waited for over two weeks but his reliable friend did not respond, perhaps, according to him, due to his busy schedule.

Upon seeing how other investors were receiving returns and making money from their investments, ‘as promised,’ the promoters won his heart.

The return was initially promising. The founders of InsMe, from all indications, were men of their words, he reasoned.

Jibrin narrated how happy he was when he saw the first bank credit notification. His dream came true.

“I started generating the returns immediately. It was like a dream. I remember withdrawing N30,000 from my account,” he told HumAngle.

The business was growing and Jibrin, successfully climbed to the top of the pyramid –  from an investor to a promoter in a month.

He started sending invitations to some prospective investors within the inner circle of his family and friends. One of them invested about N200,000.

“It was more than a month and I was busy collecting my returns when I heard the platform was no longer accessible.

“I quickly tried transferring my money from InsMe account to my personal account but it was too late, ”  Jibrin said.

Like many other investors, Jibrin could not believe he had fallen victim to the scheme when he confirmed it had collapsed.

“That could not be true,” he said. And clinging to the fragments of hope, he started telling the other investors he influenced that they would recover their money – they are still waiting, desperately.

Ponzi schemes are among the most popular ways scammers use to defraud people in Nigeria. Many have fallen into the trap of the phony investments and losing lots of money.

The founders promise high returns for a small investment. As new investors join the scheme by paying money, the founder uses it to pay old investors as returns. It is a form of fraud that robs Peter to pay Paul.

Nigeria is passing through a hard economic phase. The Coronavirus pandemic has especially sent many citizens to the abyss of hardship. The fraudsters use the loophole and win the heart of greedy investors who want to be out of the economic hardship in a short time.

According to Rabi’u Biyora, a crypto-businessman, those falling to the trap of ponzi schemes are lazy people who hand over their money to fraudsters.

“Most of the founders of platforms like INSME, UWORK and the rest, are individuals with no knowledge of how the circle works, they are only out to defraud people,” he said.

Like all other ponzi schemes, the founders never give details of their operations. They say making it secret protects them from unscrupulous competitors.

They, sometimes, give a hazy explanation of their businesses by using concepts hardly understood by a layman like “e-marketing” and “crypto businesses.”

Recently, with many people knowing little about cryptocurrency, some ponzi scammers like InksNation founders and promoters claimed they were bringing the online financial business to help Nigerians out of poverty in a short time.

The Stakeholders in Blockchain Technology Association of Nigeria (SIBAN) had to label InksNation’s purported crypto coin, pinkoin, a scam.

SIBAN warned that “members of the blockchain community and the general public should BEWARE of the InksNation project.”

“We have labelled it a scam because it has a ponzi scheme model, whether the promoters and followers concede to this reality or not.”

“Sooner or later, the promoters and their followers will come to realise this, if they do not already do,” SIBAN stated.

A report by BusinessDay estimated that “nearly 200,000 Nigerians – with over 5,000 people active daily – still claim membership of a Telegram group created by InksNation.”

How to recognise ponzi schemes

There are major characteristics of ponzi schemes that experts agree on.

When you notice any or some of the features below in any investment, you should think twice before losing your hard earned money.

The experts say all Ponzi schemes assure investors of guaranteed high returns. The founders lure people into investing their money in the business assuring them of a large percentage as a return on investment. Some of them go to the length of promising investors to double their money as a profit.

Still, operators of ponzi schemes bring some silly excuses about missing paperwork, errors or secretive strategies when they cannot find more customers. Today they shutdown their internet platforms when they find no more investors and that is the end of the business.

Furthermore, Ponzi schemes do not register with the government. They know they cannot be traced if they defraud people and therefore avoid registering with government agencies.

There is also a pressure to reinvest. The founders of any ponzi scheme depend on new investors to get the money to pay old investors. This is why they pressure people to reinvest so they can get higher returns.

Meanwhile, experts say educational level and professional background do not indicate that highly educated persons cannot be victims. They conclude that investment fraud can happen to anyone. 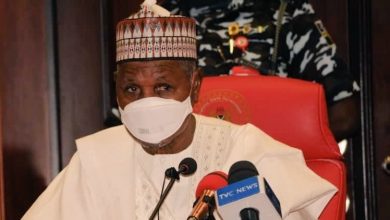 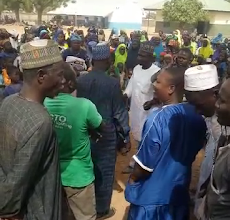 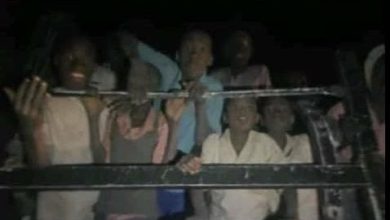