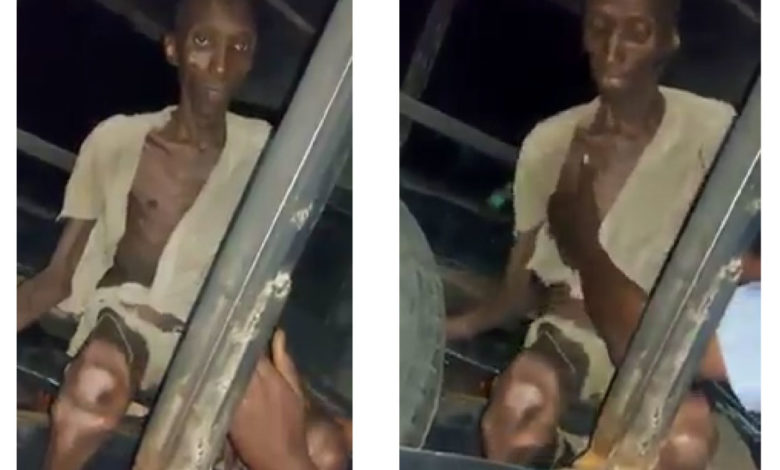 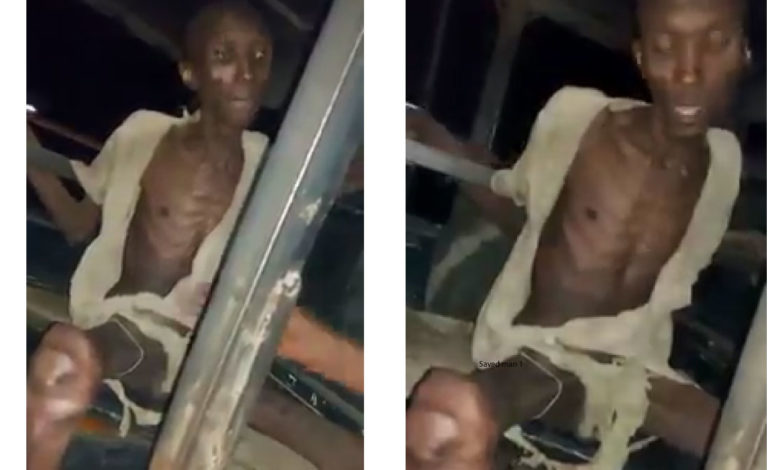 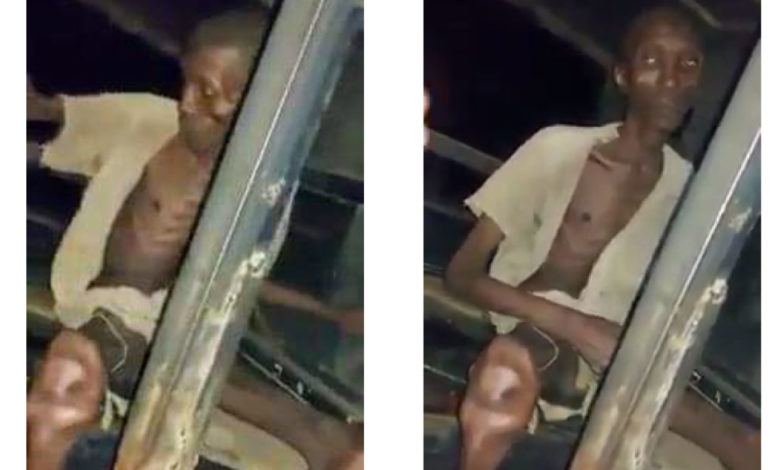 The police in Kano on Monday night rescued a 32-year-old man, Ahmad Aliyu who was locked up by his father and stepmother for seven years in Farawa Babban Layi, Mariri Quarters in Kumbotso Local Government Area of Kano State.

The man, who looked emaciated and dehydrated in a viral video, spent days without food and water and drank his urine.

A source told HumAngle that Ahmad was “imprisoned” by his parents on the suspicion that he had started smoking and getting involved in drug consumption.

A lady named Rahama who lives in Farawa Babban Layi Mariri Quarters, alerted the police in Farawa and Human Rights Network who came to rescue him. .

When the police and the human rights group arrived, the stepmother insisted that Ahmad was not at home, which forced the team to break down places in the house in search of him.

The police thereafter arrested the man and his wife and took away their victim.