Parents in Zamfara State, Northwest Nigeria, have expressed mixed feelings about the safety of their children after the state government ordered the full resumption of academic activities on Monday, Jan. 17.

Schools in the state were shut down for four months after 80 students of Government Secondary School, Kaya (GSS Kaya) in Maradun Local Government Area (LGA) were abducted by terrorists from their school in Sept. 2021.

Mustafa, a resident of the state’s capital, Gusau, said he was happy that schools are finally reopened but skeptical about the security situation in the region.

“Our children have been sitting at home doing nothing, so we are happy for them to resume but there haven’t been many efforts to secure them,” Mustafa said.

Mustafa, whose children are in a private school in Gusau, said parents who could afford to pay private tutors did so as they waited for schools to reopen.

“One of my children’s teachers came from Monday to Friday so they could continue studying and then I paid her monthly,” he said.

While the government allowed 115 schools to fully resume, 85 others labelled ‘Red’ are to remain closed until security is enhanced in those areas.

Schools classified as ‘Red’ are those in conflict-prone areas, while those the government labelled as ‘green’ are those within the state’s capital and headquarters in senatorial districts. Those that fall under ‘yellow’ are opened but with probational measures.

Mustafa stated that parents, including himself, expected the government to deploy Nigerian Security and Civil Defense Corps (NSCDC) operatives or ‘Yan Sakai’ (local vigilantes) to protect the schools after the long suspension but that has not happened.

“We are just taking the risk to send our children back to school, but to be honest there is no security measure put in place,” he said.

Adamu Murtala, a farmer from Talata-Mafara LGA stated that he intended to enrol his children into Matusgi Model Primary School but has halted the process till he sees security measures are put in place.

Murtala had relocated with his family from Jangebe to Matusgi village under Talata-Mafara LGA during the shutdown due to the terror attacks.

“The attacks are everywhere now so you can’t say a place is safer than the other. You just need to protect yourself and your family,” Murtala said.

Dan Iro, who is also a resident of Talata-Mafara LGA, said his area has never experienced school abductions and he remains hopeful that it will not.

“There is strength of security here but we still urge the government to do more so other schools too can reopen,” Iro said.

Iro’s son attends Agwaragi Government Day School in Mafara and was about to enrol in Junior Secondary School (JSS) 2 when the shutdown was ordered.

Iro said during the shutdown, his son only went to the local Islamic school within their neighborhood. “Them [children] staying at home doesn’t benefit anybody, we are just hoping that things get better.”

Damri Aliyu, a resident of Bakura LGA of Zamfara, whose two sons —Mustapha and Aminu— attend Danfodiyo Academy which was among the schools that were categorized as green, is also worried about the reopening of schools.

Aliyu said his children, just like him, were worried about the shutdown and how long it would last. “When I showed them the news about schools resuming, they were jumping excitedly,” he said.

He pointed out that Bakura is a bit safer, when compared to other places in Zamfara but hopes the government will enforce more security around schools.

“There are local vigilantes everywhere and some soldiers too but it will not be bad if there were more around the school areas.”

Aliyu said he has been taking his children to school since the reopening and he has not witnessed any security personnel protecting the schools.

Education institutions in Zamfara are one of the main targets of attacks by terrorists who abduct schoolchildren for ransom. In 2021, at least 1,266 people were kidnapped across the state out of which at least 412 victims were taken from schools, according to the Nigeria Security Tracker.

The state government has justified the reopening of schools, arguing that parents pleaded that their wards be allowed to go back to school.

He also explained that there have been security committees set up in each school to make it safe and secure.

“Various groups of local security forces like ‘Yan Sakai and ‘Yan Jarumai are what the committee is made up of, we are prepared to secure the schools,” Mada said.

According to Mafara Nura, a private school proprietor in Zamfara, a form was given to each school’s administrator to fill which makes them responsible to hire security personnel that will care for the children from resumption hour to closing.

“This was done before the decision to open the schools was concluded and many schools have filled this form and submitted it,” he said.

Nura said this arrangement with the Ministry of Education was agreed on by both public and private schools including ones with boarding facilities, however, the security committee in public schools would be paid by the state government.

Nigeria currently has the highest number of out-of-school children of any country in the world and 60 per cent of them are located in the northern part of Nigeria.

The prevalence of out-of-school children in the northern parts is mainly due to insecurity and fear of terror attacks. States like Kaduna, Kano, Sokoto, Katsina, Niger, and Yobe suspended school operations last year which saw a total of 618 schools shut down.

Although a Safe School Initiative was launched in Nigeria in May 2014 during the aftermath of the Chibok schoolgirls’ abduction in Borno State, the Nigerian government is yet to fully implement it. 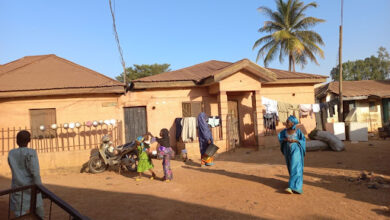 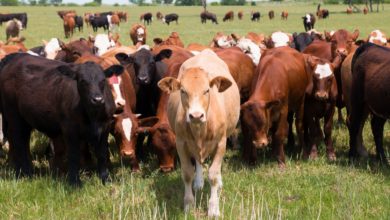 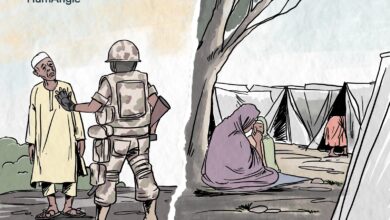 Lives Have Been Torn Apart By The Boko Haram Insurgency. So Have Marriages 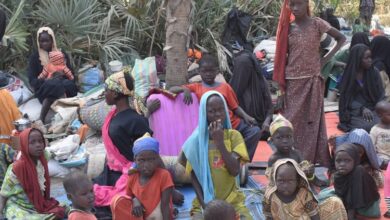