“When you walk through some estates in Nigerian cities and come across structures marked with spray paint by EFCC as a keep off zone under investigation, what comes to mind is the presumption of criminality and fraudulent activities on the person of the occupiers or owners of such structures whether they have been found guilty or not. Such occupiers’ dignity had already been tainted in the eyes of reasoning members of the society while still a suspect without conviction.

“Even in situations where such occupiers or occupiers as the case may have been found to be innocent, the anti-graft agency does not come back to erase the paint damage on the structure, but dumps the cost of repair on the acquitted occupier.” The words of Tejumola Adegbesin*, a senior human rights lawyer in Abuja, FCT.

The news of Miss Dorathy Bachor, a former Big Brother Naija (BBN) housemate, hit the media in the early hours of Monday, Aug. 23, 2021, over an illegal break-in at her residence by officers of the Economic and Financial Crimes Commission (EFCC) while she was half-naked.

Officers of the anti-graft agency who were said to be on the lookout for a suspect who ran into the estate, invaded her privacy, and did not tender an immediate apology until after the news made rounds on social media.

In its response, EFCC said they broke in after knocking on her door and access was denied by Miss Bachor’s sister. They denied that Miss Bachor was present and naked as at the time of the raid.

Afterwards, the agency paid Miss Bachor and her sister a visit for calling them out on social media. They also threatened them in a now-deleted video.

The EFCC was established in 2003 to investigate financial crimes such as advanced fee fraud (419 fraud) and money laundering. It is supposed to be Nigeria’s leading anti-graft agency.

As an agency created under the Nigerian legal framework to combat financial and economic illegality, it is subject to engaging standard practice of respect for human rights in carrying out its duties and obligations.

Illegal raids without a warrant, indiscriminate profiling, and targeted attacks by the agency in recent times has generated a lot of uproar and concerns.

On Thursday, Sept. 23, 2021, Miss Norah Okafor, an Abia State journalist, took to her social media handle to narrate a scary ordeal with the Port-Harcourt zonal officers of the agency in the middle of the night.

End @officialEFCC brutality. What nonsense. Operating like criminals to hunt criminals?You come with guns, axes, pliers etc just to get information about a suspect? What if my aged mum was here? How did we get here? This electric fence was destroyed by you @officialEFCC pic.twitter.com/5N2Tbbv1Gk

According to Miss Okafor, 25 hooded officers whom she and her brothers thought were armed robbers had stormed her apartment around 1:36 a.m. They were heavily armed with guns, an axe used to cut the wire fence, and pliers.

They broke the door jab and collected her phones, laptops, car keys and that of their neighbours with shouts of “lie down, face down, on the light” as they rounded up their belongings before discovering she was a journalist and her two other neighbours; a lawyer and doctor. After searching the phones and laptop without making headway, Miss Okafor said, “They looked at me, handed over the phones and said, ‘we just wasted our time’.”

“They spent over one hour molesting and destroying things in this compound. I feel so pained and embarrassed right now. Is this how EFCC operates?”

In another instance, Premium Times reported that officers of the agency stormed about three hotels in Abeokuta, arresting about 56 suspected internet fraudsters; doors were broken, plates shattered, and furniture damaged as seen around the premises of the hotel when visited.

In May 2021, the activities of some officers of the agency in conducting a midnight raid in Osogbo, Osun State capital stirred up a youth protest on illegal raids without proof of warrant or authorisation.

After nocturnal raids of undressed Nigerians in hotels in Ibadan, Oyo State capital in Aug. 2021, EFCC allegedly apologised and presented champagne to a foreigner arrested during the raid for breach of privacy.

Allegations of corruption against EFCC

The agency has in the past come under allegations of bribery said to have been carried out by some of its officers.

While the 22 allegations of corruption which include accounting gaps, unlawful diversion of recovered assets, and insubordination, by the agency’s former boss, Ibrahim Magu, still lingers, the agency is facing a series of bribery allegations.

In June 2020, EFCC was involved in a bribe allegation to the tune of N2.9 million meant to aid the bail of people they had illegally arrested in a raid in Abuja. The report further said the agency gave officers of the disbanded Special Anti-Robbery Squad (SARS) intel to raid the same persons after their release.

In a recent court decision by an Abuja High Court on the illegality of some of the agency’s operations, Justice Inyang Ekwo awarded a sum of N5o million as damages to Babatunde Morakinyo, a businessman who was forcefully arrested after being released on bail in the court premises.

In the suit, the court held that “the abduction and detention of the Applicant” from the court premises by the EFCC on March 19, 2020, “after bail was granted to the Applicant by the Federal High Court, Abuja is unlawful, unconstitutional and a breach of the Applicant’s right to personal liberty as guaranteed by Section 35 of the 1999 Constitution (as amended) and Article 6 of The African Charter on Human and Peoples’ Rights (Ratification and Enforcement) Act.”

Segun Awosanya, CEO of Social Intervention Advocacy Foundation (SIAF) while reacting to the N2.9 million allegation against officers of the agency said, “EFCC is the hub of corruption and until society rises against them they will not stop their abductions and extortions. Who demands millions from families under economic hardship?”

Abia state NUJ in a statement titled ‘EFCC on a wrong mission in a journalist’s home, a national embarrassment’ also condemned the invasion of the journalist’s privacy by officers of the anti-graft agency.

Human Rights Lawyer, Festus Ogun, while noting that corruption must be fought to a standstill, however, noted that the malicious attacks on hotel lodgers in the middle of the night is blatantly unlawful.

“While selective fight against corruption remains a thing for the anti-graft agency, it lacks power in law to arbitrarily disturb the peace of others; not even at the dead of the night … Under the guise of carrying out duties, civil rights cannot be recklessly encroached,” the lawyer noted.

He continued that the continuous invasions do not only constitute a violation of human rights but constitute an attack on the economic rights of hoteliers to means of livelihood. “What is the essence of the right to life without means of livelihood?” he queried. “The despicable trend must be immediately halted or the EFCC is made to face stern legal consequences.” 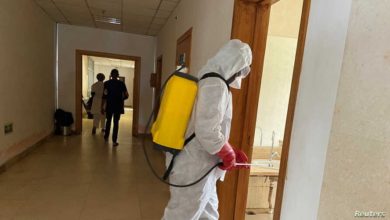 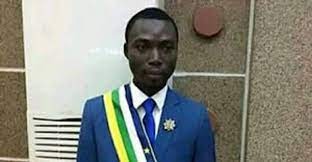 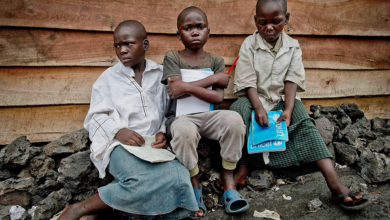