A clash between members of road transport workers known as Park Managers and mobile phone sellers in Ibadan, Oyo State capital, Southwest Nigeria on Wednesday, June 16, 2021 left at least one person dead and an unspecified others injured.

HumAngle gathered that the fracas on Wednesday evening followed an altercation between one of the park managers and a son of a shopping complex owner, when the former hit the latter’s car at Iwo Road axis of Ibadan where the park managers operate.

Eyewitness informed our reporter that angry phone sellers who are the major occupants of the complex rose in defense of the owner’s son.

Moments after this slight altercation, multiple eyewitnesses claim that Mukaila Lamidi, the chairman of the Disciplinary Committee of Park Management System in the state, stormed the area in the company of some of his ‘boys’ and ordered them to ‘deal’ with phone sellers in the area.

In a video clip shot during the climax of the clash reviewed by HumAngle, hundreds of residents were seen running helter skelter.

Multiple sources informed HumAngle that one of the complex’s owner’s sons who was simply identified as Rahman, a graduate of  Lead City University, died during the clash as the park managers attacked the phone sellers with dangerous weapons such as guns and cutlasses.

“When they came, they destroyed all the showglasses where phones are usually displayed. The son that died was stabbed in the neck as he was about entering the complex when the hoodlums came for the second time. Before he could be taken to Skyline Hospital, he died,” one of the shop owners who pleaded not to be mentioned for security reasons said.

He said several others were also brutalised and injured by the park managers on the order of their chairman.

Rahman’s dead body was found at the entrance of one of the shopping complexes in the area as calm returned to the area.

Immediately youths and traders in the area sighted his bare-chested lifeless body on the floor, they carried him and headed to the state’s Secretariat complex, where they arrived in hundreds to express their displeasure over the incident.

As of the time of filing this report, security operatives have taken over the area and normalcy has been restored.

HumAngle recalls that despite stiff opposition and threats by factional stakeholders of the Nigeria Union of Road Transport Workers (NURTW), Seyi Makinde, Governor of Oyo State in Feb. 2020 appointed Lamidi, popularly known as Auxiliary, as the chairman of the Disciplinary Committee of Park Management System (PMS).

Auxiliary, an ex-convict, was once sentenced to six years imprisonment for conspiracy to murder by the Oyo State High Court sitting in Ibadan. 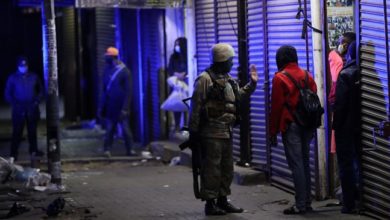 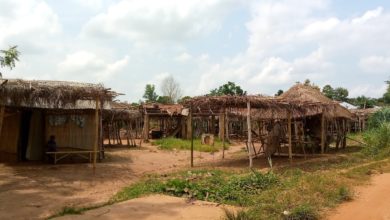 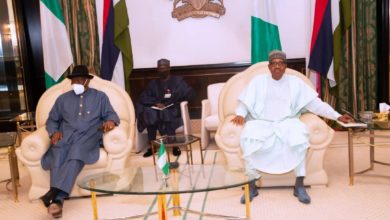 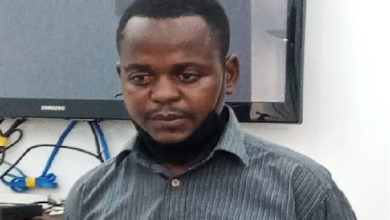