On May 13, 2022, Nigeria’s State Security Service (SSS) officers arrested Olamilekan Bashiru, founder of a privately owned news website EaglesForeSight, after republishing a report about the “alleged criminal records” of Dapo Abiodun, the Governor of Ogun State.

The Punch news website was the first to publish the contentious report. The report revealed that Abiodun, now a sitting governor, was arrested for credit card fraud and forgery in the United States in 1986. The SSS did nothing to The Punch, but they forced Bashiru to delete the report on his news platform.

Afterwards, they transferred him to the state police headquarters, where he was detained without charge for ten days.

The arrest and detention of the journalist contravene Section 22 of the Constitution of the Federal Republic of Nigeria, which mandates the press to hold authorities accountable at all times. Also, Section 35 of the Nigerian Constitution states that no one should be detained for more than 48 hours. The law says such a person must be charged to court.

The lawsuit is for the enforcement of the fundamental rights of the journalist. He is urging the court to urgently intervene to stop the excessive abuse of power by the Nigerian authorities.

“I do not think journalism is a crime in this country; why should a journalist be treated in such a despicable manner?” Ogun said in reaction to the continued detention of the journalist.

Nigeria’s long history of attacks on the press

Established under military rule in 1986, the SSS, also known as the secret police/DSS, operates as a department within the Ministry of Defence and is under the control of the National Security Adviser. Responsibilities of the security agency include counter-intelligence, internal security, and surveillance, as well as investigating some other types of severe crimes against the State.

However, the security agency officials have a history of several brushes with media organisations and journalists.

The military government relied on on Decree 4, to shut down media houses it deemed antagonistic.

The military government in Nigeria in 1988 proscribed Newswatch magazine, one of the country’s hard news magazines opposing the government at the time, for six months. Journalists working with the media outlet faced repeated harassment by state security agents.

Some journalists intimidated and arrested by the SSS before democratic rule in 1999 include Adetokunbo Fakeye, defence correspondent for The News; Jenkins Alumona, editor of The News; and Onome Osifo-Whiskey, managing editor of Tell magazine; Babafemi Ojudu, editor of the News/Tempo, Rafiu Salau, an administration editor for the News/Tempo, Olatunji Dare, former chairman of the editorial board of The Guardian.

Security operatives in Feb. 1997 ‘kidnapped’ Moshood Fayemiwo, the publisher of Razor, in broad daylight in neighbouring Benin Republic and brought him to Nigeria. The journalist was detained, chained to a pipe, and tortured until his release in Sept. same year.

Post-democracy attack on journalists in Nigeria

The secret police continued to attack journalists even after the return of democracy and the provision of the Constitution that mandates journalists to hold power to account.  They do this repeatedly over reports considered offensive by authorities.

In Jan. 2007, security agents stormed the Garki II, Abuja, headquarters of a weekly newspaper, the Abuja Inquirer. They arrested the publisher, Dan Akpovwa, in a raid at approximately 3.00 p.m.

Jones Abiri, publisher and Editor-in-Chief of Weekly Source Newspaper in southern Bayelsa, was arrested in 2016 by SSS for alleged links to armed militancy in the Niger Delta. They detained him for two years. However, Abiri regained freedom after an intense campaign by activists and the media.

Abiri was rearrested in March 2019 and spent another seven months in prison before being granted bail by the Federal High Court in Abuja, North-central Nigeria.

In 2018, police in Abuja arrested Azeezat Adedigba, a reporter at Premium Times to track her colleague, Samuel Ogundipe. The SSS summoned her to appear at the police headquarters in Abuja over a robbery incident. Adedigba stayed with the police for four hours. The operatives told her to call Ogundipe or  she wouldn’t be released.

Ogundipe was in detention for five days over allegations that he had classified documents capable of causing a breach of national security and a breakdown of law and order.

The SSS arrested Ibrahim Dan-Halilu, a former editor with Daily Trust, in Aug. 2019. It detained him for 11 days without access to his relatives. His offence? Dan-Halilu used his social media account on Facebook to call out the government on the state of the nation.

Also, despite introducing herself as a journalist with an independent broadcast station, Television Continental (TVC), SSS arrested Bukola Samuel-Wemimo and detained her unlawfully in Dec. 2020. They arrested the journalist while they were intimidating commuters in gridlock.

In the wake of the COVID-19 pandemic, Kufre Carter, a journalist with XL 106.9 FM in Uyo, Akwa Ibom State, South-south Nigeria, was arrested in April  2020 and detained for a month by the SSS for criticising the Akwa Ibom government over the handling of the fight against COVID-19 pandemic in the state.

Lanre Arogundade, executive director of the International Press Centre (IPC), was arrested by the secret police upon his return from the Gambia, where he had trained local journalists on conflict reporting.

Yusuf Bichi, the Director-General of SSS explained that Arogundade’s name has been on the watch list since he was the President of the National Association of Nigerian Students (NANS).

HumAngle contacted the spokesperson of SSS, Peter Afinanya, for comments on the incessant attacks on journalists and media outlets. However, he did not respond to calls and text messages.

Article 19, an international human rights organisation that works to defend and promote freedom of expression and information worldwide, in a recent report, urged Nigeria to set up an independent panel to investigate all the attacks against journalists and all cases of arrest.

It called for prosecution and review of the legislation used to stifle the media, such as the Cybercrime Act of 2015.

Fatou Jagne Senghore, Regional Director of Article 19 West Africa called for the release of all journalists detained for doing their work.

HumAngle reported earlier that since the controversial Cybercrime Act became law in 2015, many media outlets and journalists have witnessed massive attacks from authorities for critical reports.

The Executive Secretary of the National Human Rights Commission (NHRC), Tony Ojukwu, SAN, said on May 3 that the press, which battled hard to return Nigeria to its current democratic status, continues to struggle to sustain democracy and development and has to be supported to execute its constitutional duties as the society’s watchdog successfully. 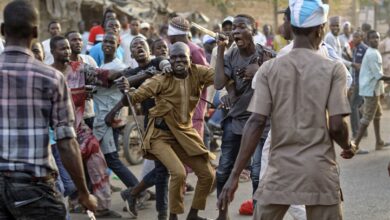 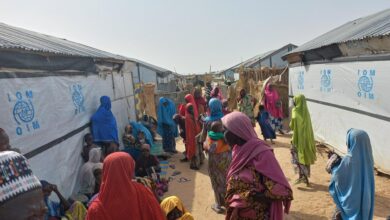