The appointment of new military chiefs is coming at a time when the military is stretched thin battling several security threats in multiple theatres with the Chief of Army Staff, Maj. -Gen. Ibrahim Attahiru, inheriting low morale, combat casualties, fratricide and deteriorating capability.

On Tuesday, President Muhammadu Buhari announced the appointment of the new military chiefs to head the various services and Defence Headquarters. The appointment is subject to confirmation of parliament and this is expected to sail smoothly without political manoeuvres and much scrutiny.

The military chiefs are inheriting challenges such as limited funding, internal management issues, a spike in the insecurity and escalation in the use of the military to obliterate terror and criminal groups. HumAngle understands that the appointment of Chief of Defence, Maj.-Gen. Lucky Irabor, a veteran and former commander of the counter-insurgency operation in the Northeast and Multinational Joint Task Forces has brought a feeling of optimism, particularly in the Northeast.

Irabor, a former Commandant Training and Doctrine Command and Chief of Defence Training and Operations, is the most senior among the military chiefs and is expected to use his experience to guide and guard the Armed Forces.

Although the Defence Chief is vested with day-to-day command and general superintendence of the Armed Forces, the extent of powers and control are subject to other factors, including his competence and delegation of powers from the Command In Chief (President). This problematic system can be resolved with the strengthening of the institutional framework of the office of the Chief of Defence Staff.

In the meantime, the expectation is that the Defence Chief and his management staff will quickly focus on improving coordination between the Armed Forces in furtherance of military operations currently going on in the different geopolitical zones — comprising ground, air and naval components. Alongside the capacity of the Defence Headquarters Special Operations Force.

One of the key areas of interest is Operation Lafiya Dole and the renewed onslaught on Boko Haram and its splinter Islamic State West Africa Province (ISWAP) in the Northeast and Lake Chad Basin. Violence as a result of the group’s activities has killed at least 30,000 people and displaced over 2.3 million.

There are calls for the Defence Headquarters to push forward an overhaul of the command and operational structure of the operation into a truly joint and harmonised military operation with the naval, army and air components under one umbrella, operating from joint bases, planning and management level of counter-insurgency operations.

In the Northwest, The Defence Headquarters will also be expected to enhance Operation Hadarin Daji to curtail infiltration of jihadist elements and activities of armed groups terrorising rural communities and commuters. While in the creeks of oil-rich South-South and Southwest regions, Operations Delta Safe and Awatse efforts will be geared towards better protection of oil pipelines and deterring of militants.

Additionally, in the North Central zone, troops of Operation Safe Haven are critical in ensuring peace and preventing communal and herders-farmers clashes in its areas of operation. Whirl Stroke on the other hand will be busy maintaining and conducting operations against militia and terror groups, notably Darul Salam.

“Priority should be streamlining procurement, following the example of other countries and having a single military procurement agency through which purchases are made, looking for savings, setting standards for the single service chiefs and championing standardisation of kit and training,” Nwaonu said.

He stressed the need to make maximum use of defence relationships and cooperation ” use the British for training, the United States for intelligence support, French for operational cooperation and Russians for kit support.” Maj. -Gen. I. Attahiru, the new Chief of Army Staff and former General Officer Commanding 82 Division, Enugu, and one-time Theatre Commander, Operation Lafiya Dole, will be facing a difficult task of rapidly rebuilding morale and recalibrating the operations of the army.

The army chief will be leading the oldest and largest section of the country’s Armed Forces with a history dating back to the colonial era and currently bearing the biggest brunt of contributing soldiers and equipment for military operations, peace and internal security operations in support of civil authorities.

HumAngle understands that the new army chief’s major challenges will include management of limited and stretched human and material resources at a moment of increasing demands in response to deteriorating security and weak civilian law enforcement.

The army chief will also meet mountains of accusations of human rights violations, extrajudicial killings and excessive use of force as well as low public confidence and relations.

In the Northeast where the army is contributing significantly to the war against insurgent groups, the numerous battles, long combat tours and attrition have had an impact and toll on troops, leading to fratricidal incidents, low morale and setbacks.

In 2018, ISWAP either raided or forced the military to shut down over a dozen bases such as jilli, Garunda Zari, Metele and caused the death of at least 1,000 soldiers during the period. The attacks led to loss and destruction of equipment and the subsequent establishment of a super camp strategy in July 2019 to curb growing attrition caused by raids on the bases along the fringes of Lake Chad and northern Borno.

In the Northwest, the army is engaged in Operation Sahel Sanity which complements operation Hadarin Daji.
Other operations and exercises by the Army have been conducted across the country, including controversial ones such as Python Dance and Crocodile smile in the Southeast and South.

The new army management will be required to concentrate on improving the quality of the service, especially in the aspect of training, doctrine, base protection and housing units, protected mobility and counter Improvised Explosive Devices (IED), Ambush and
unmanned aerial vehicle (UAV) measures.

Nwaonu expressed the need for the army leadership to focus on welfare, improvement of barracks conditions, housing, schools and hospitals, improve mental health facilities in the barracks, especially on operations.

“Begin an immediate relief in place for troops in all theatres that have been deployed longer than two years. Rotate units first and then open a channel for individual soldiers or officers who may have been missed in the exercise to rotate out. Fix the operational tour dates to two years in the country and one year outside,”. he suggested, adding, “This must be adhered to religiously.’

On his part, Almeen Yaqub, a security expert, said operational overhaul was required from troop welfare to kits, rations, supplies, field medical, communication, logistics and most of all, revamping of training to focus on COIN strategies and also protected mobility

Nigerians are expecting to see changes and sustained improvement in public relations, human rights and capabilities of regular and specialised branches of the army in the coming weeks, months and maybe years. Rear Admiral A.Z. Gambo, the Chief of Naval Staff, a former Director of Search and Rescue at the Defence Headquarters and Chief Staff Officer, Naval Training Command, is saddled with responsibilities of reorganising the navy and maritime security.

In the past few years, insecurity has bedevilled Nigeria’s territorial waters and the Gulf of Guinea have increasingly become dangerous as pirates in boats, board commercial ships and sailors for ransom payment.

According to a 2019 report by the International Maritime Bureau of the International Chamber of Commerce, a total of 121 acts of maritime piracy were recorded in the Gulf of Guinea, 50 per cent higher than the 78 incidents in 2018.

In 2018, the United Nations reported that Nigeria lost about $2.8 billion to piracy as a result of crude oil and maritime crimes.

Apart from retooling the navy to curtail the activities of pirates, oil thieves and criminality in the Gulf of Guinea, the navy is expected to expand its participation in the COIN campaign and redeploy personnel to the fishing town of Baga in Kukawa Local Government Area, where the naval outpost was raided by ISWAP in December 2018.

Uplifting the morale of sailors and enhancing professionalism, indigenisation and fleet recapitalisation are also important. Amao also served as Chief of Policy and Plans, Director of Training and Operation of the Nigerian Airforce at the Air Force headquarters and Air Officer Commanding Tactical, Air Command.

HumAngle understands that the Alpha jet pilot is considered progressive and will likely continue the path of his predecessor’s efforts of modernisation and expansion of the Air Force.

The new administration will also face the decision of deactivating and acquiring more aircraft to support the increasing requirement for air support in various conflict theatres.

The Nigerian Air Force is expecting three Multirole Joint Fighter 17 jets manufactured jointly by Chengdu Aircraft Industry Corporation of China and Pakistan Aeronautical Complex of Pakistan, a likely future order of the fourth generation fighter jet will be under the new leadership.

The first batch of the Air Force A-29 Super Tucano aircraft are expected in Kainji Airbase at the end of the second quarter of 2021, which will provide more options for supporting ground troops.

Sustaining the build-up of base security and asymmetric warfare capacity through training programmes conducted by Four-Troop, a company founded by veterans of IDF Special Forces, the British Military Advisory Training Team (BMATT), and in overseas military training facilities is essential.

The trained Regiment and Special Forces personnel have also contributed to internal security operations and are deployed in outposts such as Agatu in Benue State, Gembu in Taraba State, Gusau in Zamfara State and Birnin Gwari in Kaduna State.

Overall, the military alone cannot provide long-term security and stability or replace the role of effective law enforcement and political will to solve the social, economic and developmental drivers and amplifiers of insecurity across the country. 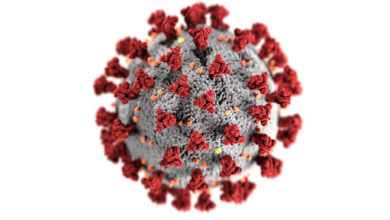 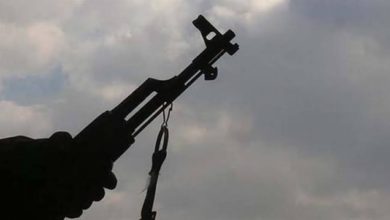 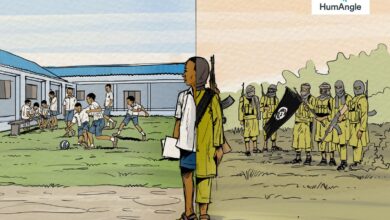 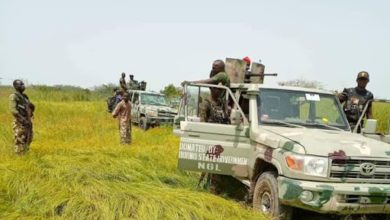