When Bamise Ayanwole’s grieving mother identified the high capacity bus in which her daughter was last seen and climbed to the driver’s side, looking for her missing child, her desolation was shared by a lot of people. The pain would spread even further when Bamise’s remains were recovered and the mother became inconsolable.

The disappearance and the death of 22-year-old Bamise, a fashion apprentice in Lagos, Southwest Nigeria, is raising concerns on the growing cases of abduction and brutal killing of individuals across Nigeria.

“I saw Bamise’s mother, I was crying within me, where is the exact place that is safe in this country?” Tolulope Olatunji, a sympathiser asked.

Bamise went missing after boarding a Bus Rapid Transport (BRT) at Chevron, Lekki on Saturday, Feb. 26. Her body was found on Monday, March 7. The circumstances that surrounded the disappearance and the eventual death of the tailor whose sexual organs were removed when her body was found, have given rise to protests.

Less than 72 hours after Bamise’s corpse was found, another Lagosian, 28-year-old Ifeanyi Anigbo was declared missing. He was said to have been missing since March 2, according to a post by his brother on Twitter. Though Anigbo was later said to have been found in Enugu State, Southeast Nigeria, it was not immediately clear under what conditions.

There are concerns as to what is driving this phenomenon.

It’s almost a year since Iniobong Umoren, a job seeker in Akwa Ibom State, Southsouth Nigeria was declared missing before she was found dead.

Umoren was declared missing on Thursday, April 29, after her friend had announced on social media she was in trouble after going for a job interview along airport road in Awka, the state capital. She was believed to have been raped and killed by her assailant, a 20-year-old Uduak Frank Akpan.

She was reported to have been killed in North Bank, a suburb of Makurdi, the state capital after she was taken hostage on Tuesday, Oct. 19.

Onoh was said to have gone to make deliveries on the fateful evening to her supposed customers who had requested her retail products to be delivered to them, but she did not return to her widowed mother after the trip which she made in a hurry.

The deceased was believed to have also been raped before her eventual murder.

In Abuja, Nigeria’s capital, police records revealed that a total of 301 persons were declared missing between June 2020 and November 2021. It was not clear if they were found dead or alive.

Between May and Aug. 2021, a total of nine persons including elderly and young people were posted by Missing Person, a platform dedicated to finding missing persons in Nigeria.

After enforced disappearance —which usually has the imprints of state and non-state actors— abductions for rituals and organ harvest are major reasons adduced to Nigerians disappearing and never found or found mutilated as have been many recent cases.

Early in February, Nigeria’s lower parliament called on the government to declare a national emergency aimed at stemming the tide of ritual killings in the country.

“The House notes that incidents of ritual killings have assumed an alarming rate in Nigeria in recent times. It also notes the upsurge of reported ritual killings with increasing cases of abductions and missing persons in different parts of the country, which in most cases, the culprits also rape, maim, kill and obtain sensitive body parts of unsuspecting victims for rituals,” said Toby Okechukwu, Deputy Minority Leader during a plenary.

Many believe that ritual killings which are fueled by the quest by young Nigerians to get rich quickly account for cases of missing persons.

Nigerians are worried that cases of missing persons are recorded on a daily basis across the country while many of them are never found. Those found in most cases are often found with missing body parts.

In Feb. 2022, there were four reports of ‘ritual killings’ across Nigeria including that of a 20-year-old Sofiat Kehinde killed by four teenagers aged between 18 and 20 years in Ogun State, Southwest Nigeria. In the same month, a 30-year-old man, Timothy Odeniyi, was arrested in Ondo State in possession of human body parts. He was promised a reward of N35 million to supply the body parts to Lagos.

In Jos, Plateau State, North-central Nigeria, Jennifer Anthony, a student of the University of Jos, was killed by one Moses Okoh in a hotel with some of her body parts missing. Moses was arrested in Benue State after he fled from Jos for committing the crime.

Police in Lagos apprehended one Afeez Olalere, 32, suspected to be an internet fraudster. Afeez confessed to killing his younger brother for money ritual purposes. He was arrested during a stop and search operation along Itamaga, Ikorodu road in Lagos State by operatives of the Lagos State Police Command.

The recurring cases of ritual killings forced residents of Arigidi in Ondo State, Southwest Nigeria into fasting and prayer. They also added traditional rite and mounted local vigilance group surveillance to unravel the scourge of ritual killings and curtail the menace.

Two women were killed in the community within one week, with their breasts removed. The Guardian reported that no fewer than six women were killed by suspected ritualists in the area, citing the killing of an 80-year-old woman, Kojusola Mogaji, which created panic and apprehension in the ancient town.

Many have questioned the government’s budgetary allocations into surveillance cameras that have failed to prevent these crimes.

In May 2021, the Lagos State Government announced that it had commenced the installation of 2,000 Closed-circuit television (CCTV) cameras across the state.

At the time, the government claimed that 100 CCTV cameras had been installed in Ikeja metropolis.

Hakeem Popoola Fahm, Lagos State Commissioner for Science and Technology said upon completion, the project would advance Lagos state economy by becoming a 24-hour driven commercial centre, which would allow companies to operate in a safe, secure, and smart environment that would create more jobs and increase Gross Domestic Product (GDP) of the state.

Despite this, cases of missing persons in Lagos State are on the rise.

In Abuja where persons have continued to go missing, the relics of the Federal Government’s National Public Security Communication Project, awarded to ZTE Communications, a Chinese firm, for $470m — an equivalent of N76b — in 2010, after Olusegun Aganga, then Minister of Finance Minister, led a delegation to Beijing, China, where the Memorandum of Understanding (MoU) was signed are an eyesore.

Despite completion of the project and subsequent handing over to the government, no criminal activity had been detected by the cameras.

The House Representatives in 2014 directed its committees on Information and Communication Technology (ICT) Public Safety and National Security to find out why the CCTV installed in Lagos and Abuja failed to detect criminal activities, and to submit findings within two weeks. But nothing has happened since.

According to the contract agreement, video images captured by the cameras could be stored for more than one month and could also be transferred to the system’s database for archiving.

Up till now, Nigerian security agencies have not shown how they have used these equipment to fight crime in many parts of the country.

What should be done

As more and more places are becoming dangerous for citizens to access and be safe, there is a need for the government to ensure that there are surveillance cameras in public transport systems such as the BRT in Lagos and the trains.

There are suggestions already that the Lagos State Government should ensure that there are also voice recorders in the buses while there should be cameras at the bus terminal.

In response, Ibijoke Sanwo-Olu, wife of the Lagos State Governor says plans were ongoing to ensure the installation of cameras in all BRT in the state.

She described the death of Oluwabamise as devastating, shocking and a big slap on the faces of women all over the country.

“From now on, BRT buses will have six cameras. And our drivers will be protected. As mothers, we are devastated. We are in shock. This is a big slap on our face,” the governor’s wife said. 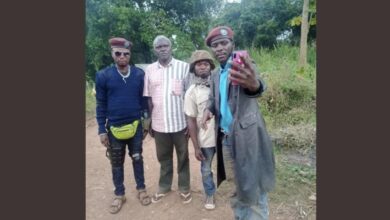 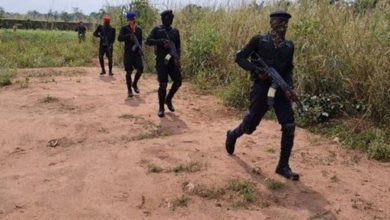 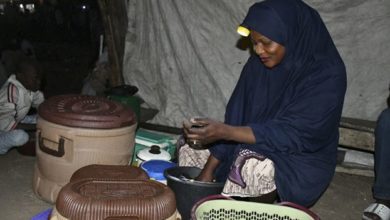