Heroes exist in different forms and on February 6, President Muhammadu Buhari met one, when a bright-eyed, young female pilot in green jumpsuit briefed him.

The knowledgeable flying officer Tolulope Arotile, briefed the president on operational and combat capabilities of one of the new armed Aw109 helicopters acquired by his government for the Nigerian Air Force (NAF).

It was her path and she knew it well enough to make history as the first female combat helicopter pilot in NAF’s 56-year history.

Her groundbreaking feat soon resonated with women and other young people in Nigeria and globally.

Then, on July 15, silence fell as she was announced dead from a road accident on base, in Kaduna.

Arotile was walking along the road when a car ran into her. She sustained a head injury and was taken to the hospital in the base, where she passed on June 14, reports say.

Her history-making feat resounded and the people, who felt seen by her achievements, bared their hearts.

Arotile will be remembered as a trendsetter by millions and Nigeria has lost a gem.

She was inducted into the Nigerian Air Force on September 16, 2017, and upon completion of her training in Nigerian military officer training Academy in Kaduna, as a member of the sixty-four (64) regular course.

In a video shared by the Nigerian airforce director of public relation in October 2019, Arotile said she joined the military out of passion.

She said, “I joined the military simply out of a passion for it, being military personnel has been a long time ambition.”

She participated in air operations in support of anti-terror campaigns in Northwestern Nigeria.

Reflecting on her death, social commentator Olusoga Owoeye said, “The lovely baby of the Nigerian Air Force and its first female combat helicopter pilot has died in a road accident.

“This is ironically sad after flying combat missions against bandits. She died in a road accident within the barracks! May her soul rest in peace,” he said.

Chidi Zeus wrote on twitter, “Thank you for your service Tolulope Aritole You made history and was not supposed to go like this.

“This is a big loss to the Nigerian Air Force. Rest in Peace, slayer of bandits and terrorists,” he said.

@Fimiletoks said, “Rest in Peace, Tolulope Arotile. Continue to fly among the stars. Yo lived a purposeful life and achieved your dreams.

“You laid a path for other air combat women. Your name is written in history air warrior. I am close to tears,” the eulogy read.

The Director of Public Relations and Information, Air Commodore Ibikunle Daramola, in a statement, said she contributed significantly to the efforts to rid the North Central States of armed bandits and other criminal elements by flying several combat missions under Operation GAMA AIKI in Minna, Niger State.

“The Chief of Air Staff, Air Marshal Sadique Abubakar, on behalf of officers, airmen, airwomen and civilian staff of the NAF, commiserates with the family of late Flying Officer Arotile over this irreparable loss.

“We pray that the Almighty God grant her soul eternal rest,” the statement read.

Arotile will be remembered for her role to bring peace and for breaking the glass ceiling for other women combat helicopter pilots.

In a country where cultural and institutional bias continues to limit women participation in the public and private sector, she was a pacesetter. 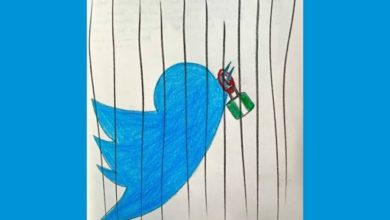 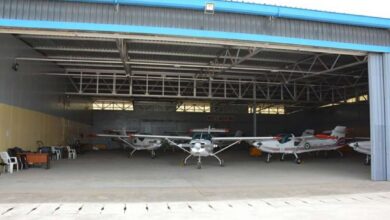 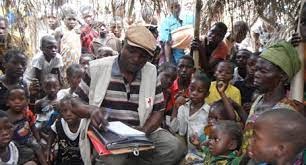