It is dark days melting into darker nights as uncertainty washes over and thoughts tilt more towards the worse than the best. This is how people like Olarenwaju*, whose families and friends have been kidnapped, describe the waiting period. When his friend and flatmate, Joseph* went missing in May 2021, nothing could prepare him for “the horrifying experience.”

“From my end, I was trying to see if I could contact security officials to help us track his whereabouts, which by the way was fruitless. We had to cough out 1.5 million Naira for his release. It was not a nice thing, I must say. Joseph was transported from one state to another and is still suffering trauma,” he told HumAngle.

In a survey of 200 people conducted by HumAngle, 65 per cent of the respondents stated that they know someone personally who has/had been kidnapped. When asked about the relationship between them and the victim, 32 per cent were friends, 40 per cent were family members and 28 per cent were colleagues and acquaintances.

Rukkaya’s* uncle was kidnapped in Niger State. Narrating to HumAngle, she said, “The kidnappers came into our village in Rafi LGA and kidnapped him. He was kidnapped alongside some children. When the kidnappers asked for a fee and it was given, they only released the children and held onto my uncle, he was not released until a fine of about five million Naira was paid.”

HumAngle reviewed 162 kidnapping cases that were reported by the media between Jan. 1 and June 30, 2021. Analysis showed that 12.3 per cent of the cases were from Niger State, 10.4 per cent from Kaduna, eight per cent from Oyo, 7.4 per cent from Katsina, and 4.9 percent from the Federal Capital Territory (FCT).

In terms of geopolitical zones, North-central recorded 27 per cent of the cases, Northwest 20.9 per cent, South-south recorded 14.4 per cent, Southwest 10.4 percent, Northeast 6.8 per cent, and Southeast recorded 6.7 per cent. 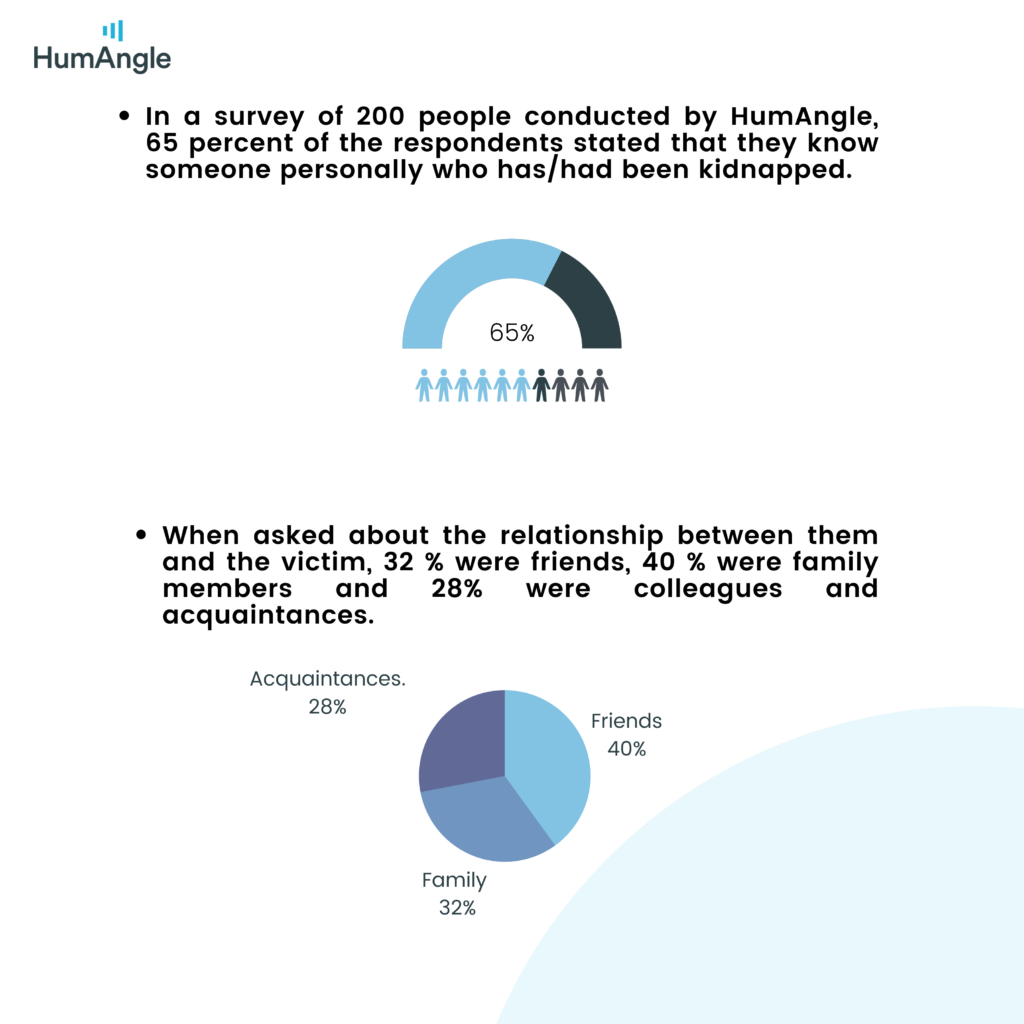 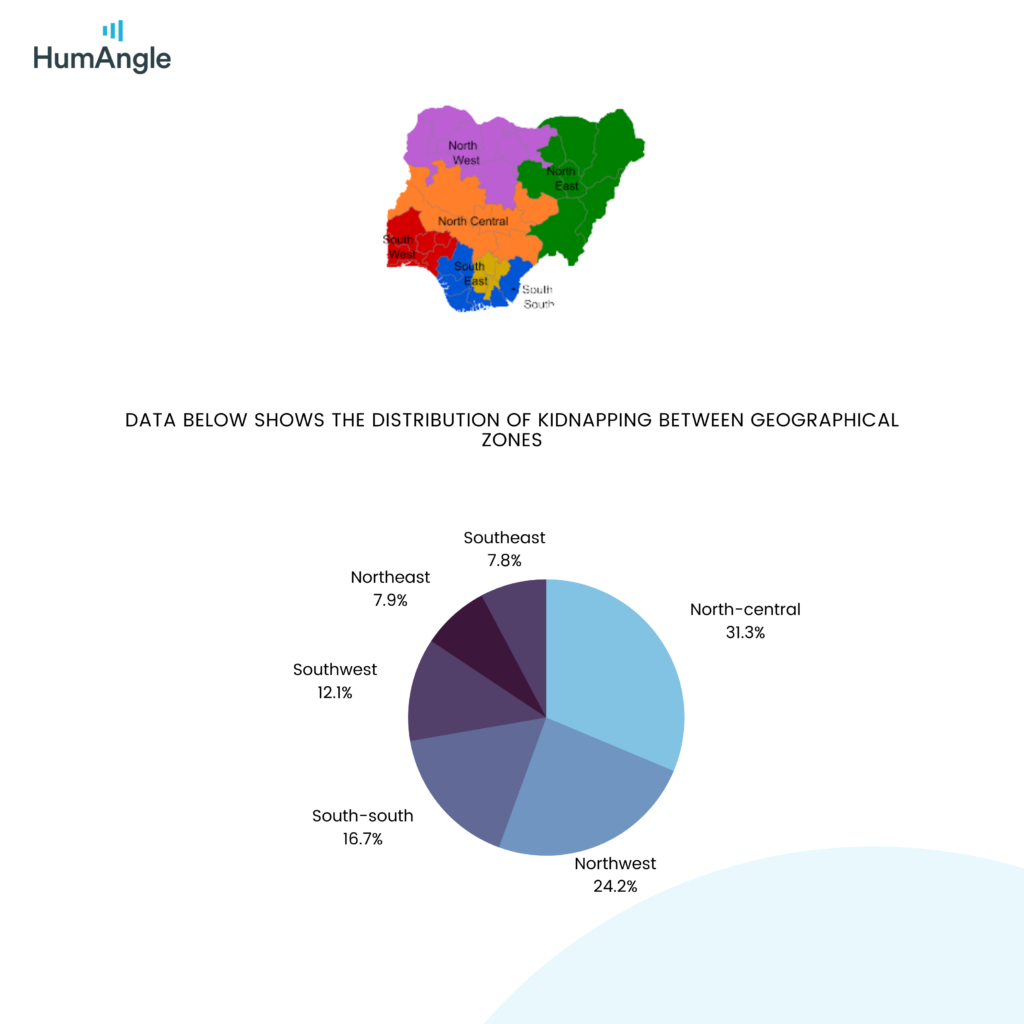 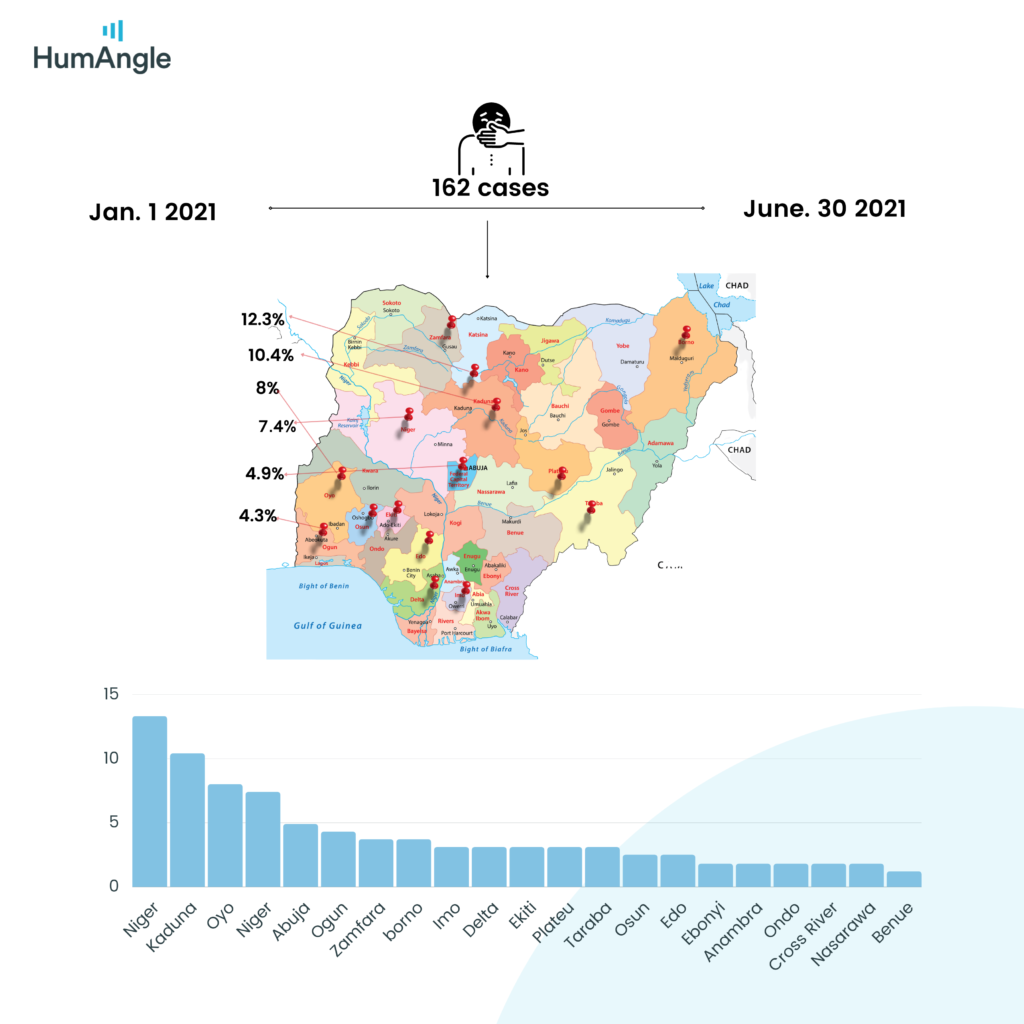 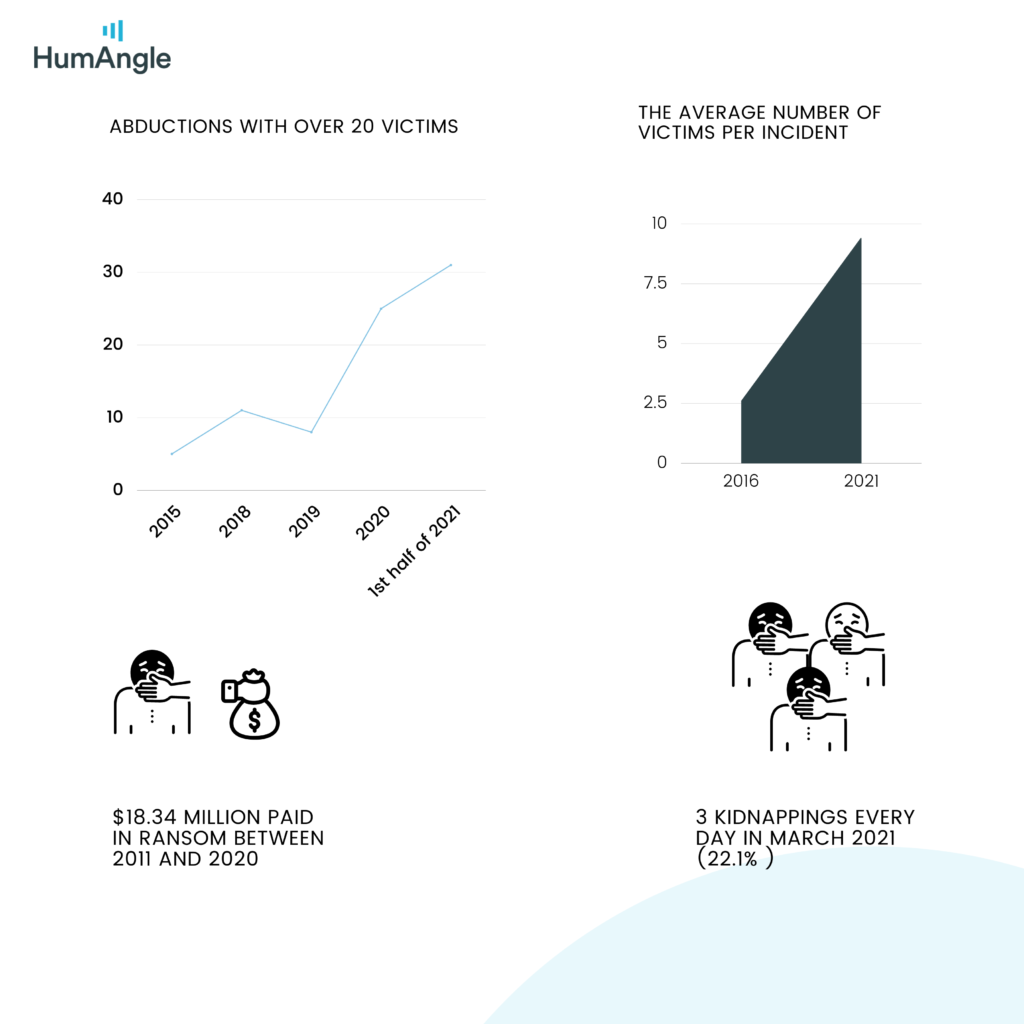 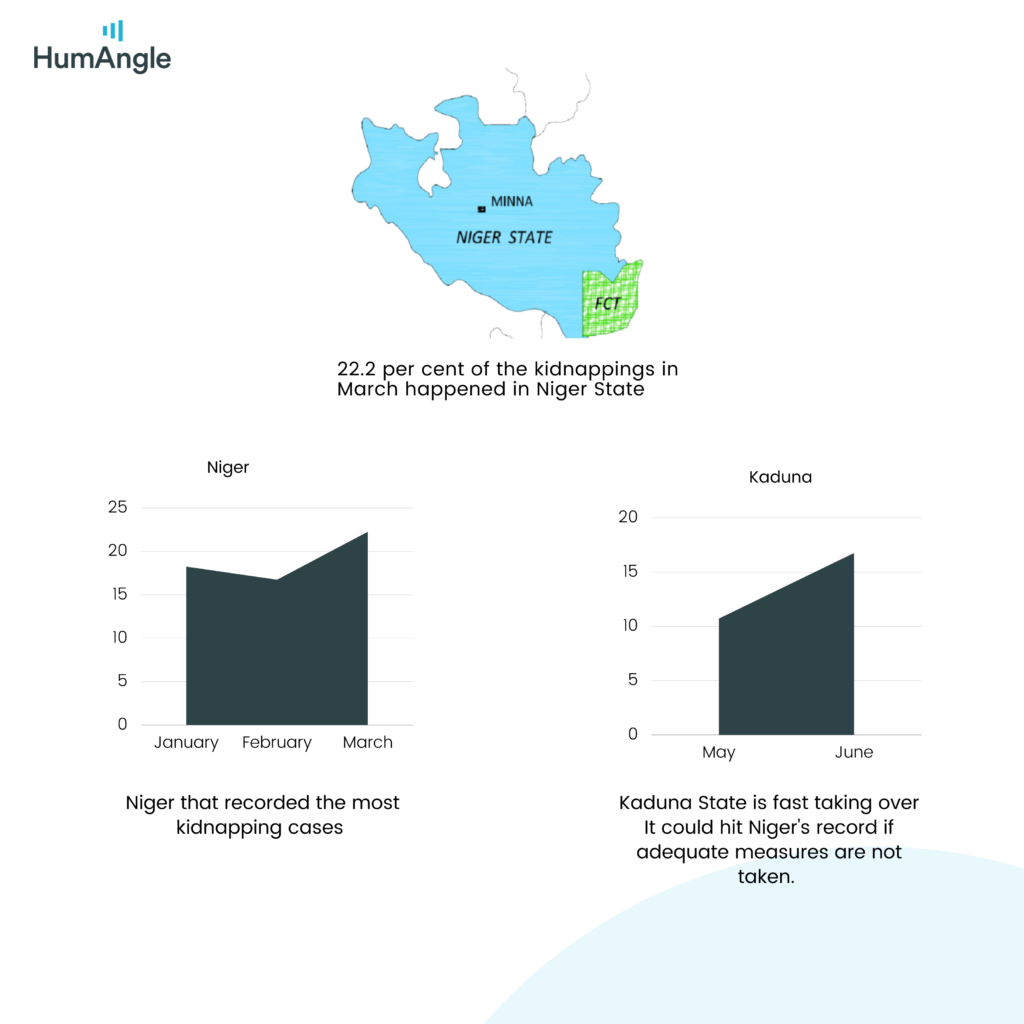 The rate of kidnapping in Nigeria has more than doubled so far in 2021 compared to previous years. By analysing data collected through the Nigeria Security Tracker (NST) between 2015 and June 2021, HumAngle observed a growing trend in the number of mass abductions as well as the total number of people who are victims of kidnapping in the country.

In a report published last year, research group SBM Intelligence described the problem as the “democratisation of the kidnap industry,” estimating that, between 2011 and 2020, at least $18.34 million was paid as ransom to kidnappers in the country.

More likely to be kidnapped where?

Media records analysed by HumAngle also show that at least three kidnappings were reported every day in March leading it to be the month with the most recorded cases – 22.1 per cent. Interestingly, 22.2 per cent of the kidnappings that occurred in the month of March happened in Niger State.

Shiroro, Rafi, Wushishi, and Suleja, according to analysed data, were the places in Niger that recorded the most kidnapping cases.

Niger had a steady climb to the top. In January, the state had the highest record of reported cases with 18.2 per cent. It retained top position in February with 16.7 per cent, only a little lower because Borno State, Rivers State, and the FCT recorded 12.5 per cent each.

By March, the cases peaked at 22.2 per cent and by April, Niger State was overtaken by Oyo State which pulled in 17.2 per cent of the recorded cases.

Kaduna State is fast taking over. In May, it had the highest reports – 10.7 per cent and in June the number rose to 16.7 per cent. It could hit Niger’s record if adequate measures are not taken.

*Asterisked names have been changed to protect the respondents.

All GIS data were extracted by Mansir Muhammed from Acled; data visualisation by Damilola Lawal. 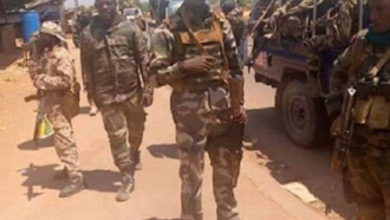 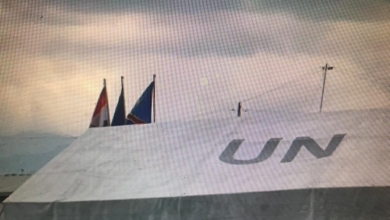 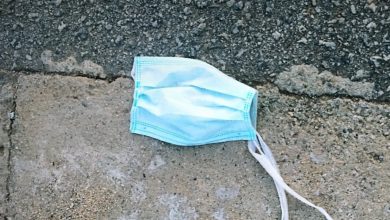 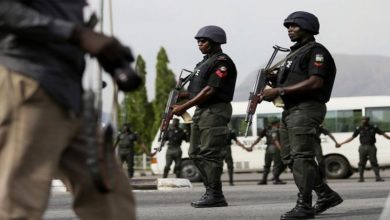