At least six ISWAP fighters died on Monday evening, Dec. 14, during a gun battle with troops of the Nigerian Army  fighting to secure Madagalli, a town bordering fringes of Sambisa forest in Adamawa State, Northeast Nigeria.

According to the senior officer, the ISWAP gunmen who were ambushed by troops while on their way to Madagali had several gun trucks and some high calibre guns.

“Six ISWAP terrorists were on Monday annihilated by troops of 114 battalions, Sabon Gari, Madagali, Adamawa State, the terrorists’ planned attack was uncovered in an intelligence report which led to troops laying ambush that resulted in killing the six terrorists and injuring several others who had fled,” he said. 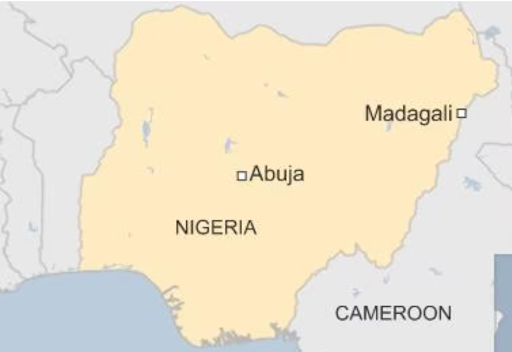 “The remaining ISWAP terrorists were forced to flee in disarray through Lemu village as the troops charged after them, as they abandoned several weapons,” the GOC added.

“Two anti-aircraft guns, four AK-47, four magazines and other lethal items were recovered from the terrorists.”

The GOC commended the troops and urged them to dominate the area with aggressive patrol and deny the terrorists any freedom of action within and around the general area.

Madagali, like Borno State’s Gwoza and Bama local government areas, is one of the most attacked communities in Adamawa.

The local government area had suffered about 40 attacks around its over 25 villages and towns since the beginning of the insurgency. One of the earliest and biggest suicide attacks happened in Madagali in December 2016 when two female suicide bombers caused the death of over 45 villagers.