Nigeria’s security agencies recorded an especially high number of casualties due to armed violence in Sept. 2021, analysis of data collected by the Nigeria Security Tracker (NST) has shown.

Out of the total number of fatalities in the period (722), at least 16.2 per cent (117) were security personnel, according to local press reports. These included mostly soldiers and police officers.

Most of the deceased lost their lives during counterinsurgency operations in the Northeast, Northwest, and  Southeast.

The states with the most devastating numbers of personnel lost were Borno, Sokoto, Zamfara, and Anambra.

Ambushes against Nigeria’s armed and paramilitary forces have recently been intensified by the Islamic State West Africa Province (ISWAP) in the Northeast.

On Thursday, Sept. 16, 25 soldiers were reported to have been killed by ISWAP insurgents in the Monguno area of Borno State. About a week later on Sept. 24, 30 soldiers were again killed, according to reports, along the Marte-Dikwa Road in the same state.

Security personnel are not safe in the Northwest either.

On Sept. 11, terrorists, known locally as ‘bandits’, attacked a military base in Dansadau, Zamfara State, killing 10 soldiers and two police officers. On Sept. 24, a total of 17 security agents were killed in a similar attack on a joint military base in the Sabon Birni Local Government Area (LGA) of Sokoto State.

In many of these incidents, firearms and other weapons were seized by the criminal groups.

Reacting to the attacks, Alameen Yaqub, a security analyst, told HumAngle that the army “needs to vastly improve its counter-ambush tactics for its frontline troops,” adding that one way to do that is through “good concealment from enemy fire.”

The death toll recorded by the security forces, if calculated as a percentage of the total monthly death toll (16.2 per cent), is the highest Nigeria has seen since the year started. 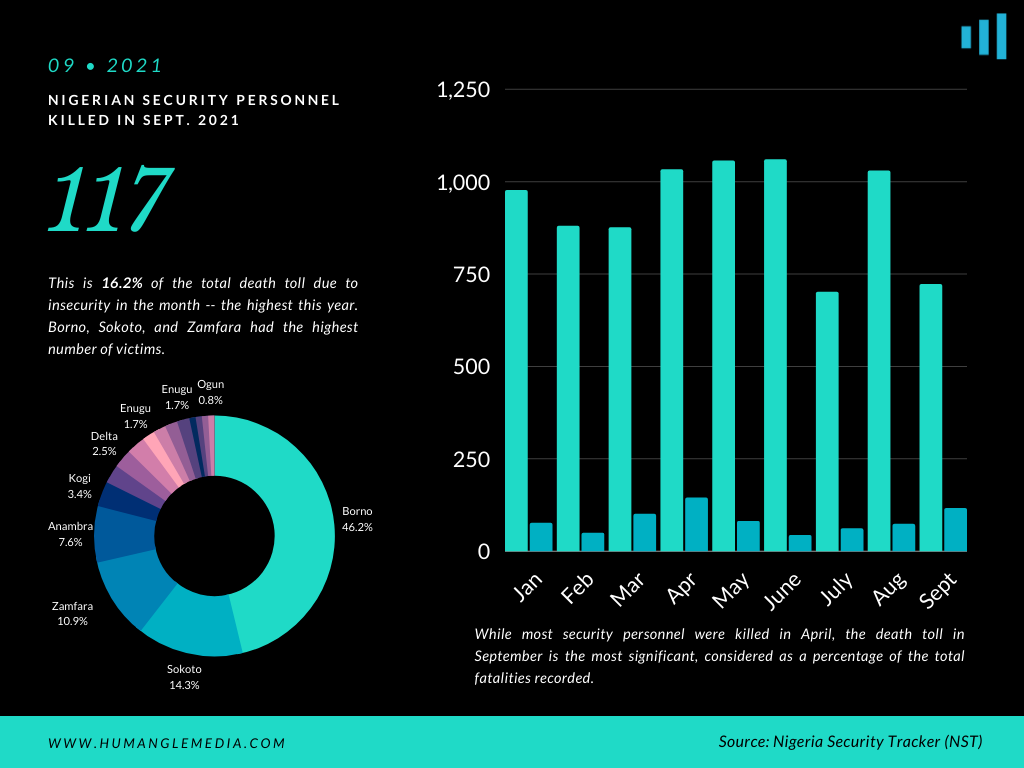 Meanwhile, killings and abductions have continued across the country. 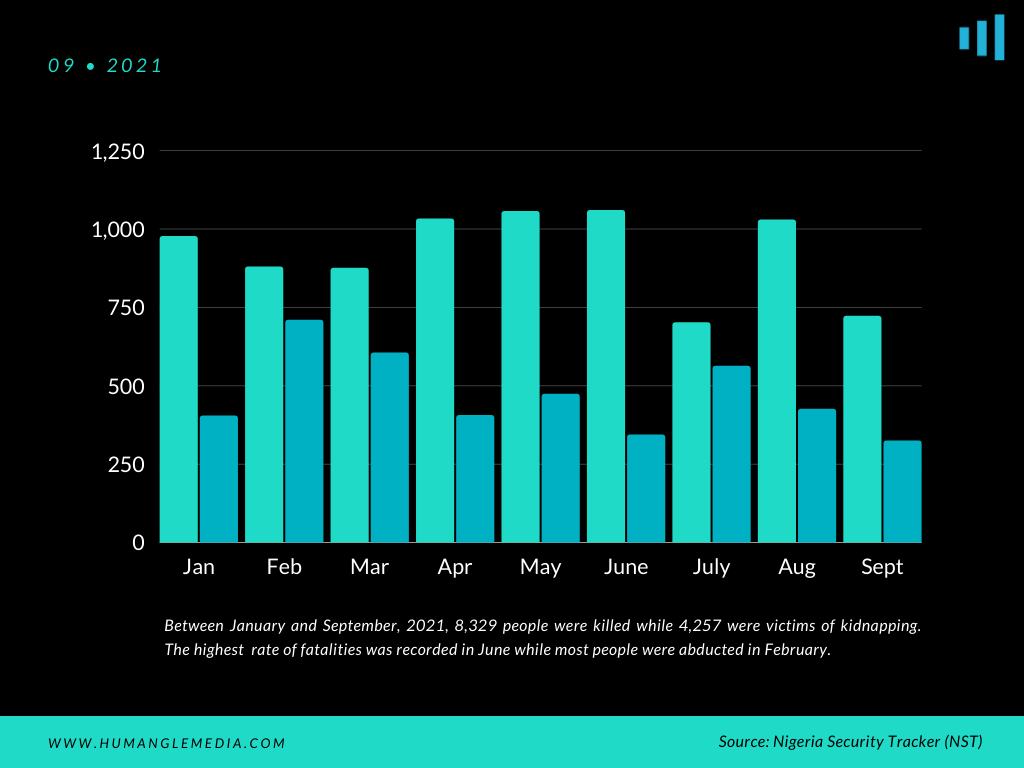