The Nigerian Police had set up a new tactical unit to take over the responsibilities of the disbanded Special Anti-Robbery Squad (SARS) with a new team to be called Special Weapons And Tactics (SWAT).

On Monday, Mohammad Adamu, the Inspector-General of Police, disclosed that the police would commence the training of officers that will replace SARS.

A statement signed by Frank Mba, the spokesperson of the Nigerian police, said: “a new Special Weapons and Tactics (SWAT) Team that will fill the gaps, arising from the dissolution of the defunct SARS” has been created.

The new unit, according to the statement, will undergo a psychological and medical examination to ascertain their fitness and eligibility for the new assignment.

“The medical examination will be carried out by the newly set-up Police Counselling and Support Unit (PCSU), a Unit, which henceforth shall engage in psychological management, re-orientation and training of officers of the Force deployed for tactical operations and other duties,” said Mba.

The IGP added that the officers of the defunct squad would be retrained and given other responsibilities in the force, and would not be reabsorbed into the new unit.

During a meeting with some celebrities in Abuja on Monday, Mr Adamu said “we just disbanded SARS yesterday (Sunday), so protesters should calm down and give us time to fix the problem. The general public will be part of the process of getting a new outfit.

The IGP also stated that families of the victims of SARS brutality would be compensated after the mass incidents have been investigated.

“The issue of compensation to the families of those affected by SARS would be addressed when investigations are concluded. We want justice to be done, and justice will be done,” he said.

HumAngle has also learned that the leadership of the police has ordered all defunct SARS Personnel to report to the Force Headquarters for debriefing, psychological evaluation and medical examination. 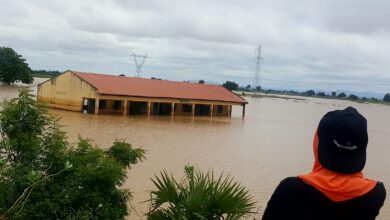 Excess Water From Dams Increases Severity Of  Floods In Adamawa