Vulnerable communities in Nigeria’s northeastern Borno State bore the brunt of most security incidents and attacks claimed by the Islamic State West Africa Province (ISWAP)  between Jan. 1 and 31.

In January, the Nigerian military together with allied Civilian Joint Task Force (CJTF) members pushed back ISWAP insurgents and conducted combat patrols into contested areas. The Army reported at least seven engagements consisting of patrols from Army super camps, the operations were supported by the new infantry fighting vehicles and Mine Resistant Ambush Protected (MRAP) vehicles.

HumAngle reported the increased patrols by the troops including a joint clearance operation by the Army’s 120th Task Force Battalion and CJTF at Ngirbua village in eastern Yobe and a fighting patrol around Mallumti area by the 109th Strike Force Battalion stationed at the Forward Operating Base (FOB) in Magumeri, northern Borno.

In the south of Borno, counterinsurgency forces with the Army’s 25th Task Force Brigade stationed in Damboa carried out a clearance operation at Bala Maduri and destroyed a night market in Gumsuri linked to insurgents. In Maina Hari near Biu town, the CJTF and troops of the 231st Battalion and 331st Artillery Regiment beat back an ISWAP incursion.

In the northern region of the state, the 5th Brigade conducted a fighting patrol in Douro near the northern town of Damasak and the Niger-Nigeria border, alongside a raid of an ‘“illegal” market in Gallo Malawari village. Also, the 401st Special Forces Brigade and 19th Brigade, Baga, conducted operations between Cross Kauwa and Gudumbali towns near the shores of Lake Chad.

The encounters between troops and ISWAP insurgents in January led to the recovery of four pickup trucks, three motorcycles, and at least eight assault rifles consisting of Fabrique Nationale (FN) FAL and AK pattern rifles. The latter included a type 56-2 rifle, which was likely captured from the Police and is common with the paramilitary forces known as the Police Mobile Force (PMF).

At least 23 attacks and security incidents claimed by the Islamic State affiliate or reported by the media were recorded in Adamawa, Borno, and Yobe states. They ranged from abductions to the use of assault squads, improvised explosive devices (IEDs), and indirect fire projectiles.

HumAngle documented some of these incidents, particularly ISWAP raids targeting Kautikari town, an Army Institute in Buratai town, and the PMF training facility in Limankara in the southern axis of Borno.

The group additionally claimed attacks in other locations such as the Bama area, Pemi and Komdi in the south, as well as the Garkida area of northern Adamawa and Muktum in eastern Yobe.

There was also a multipronged attack, involving the use of a car bomb and armed assault, targeting a military unit in the northern town of Marte and an IED attack along the route connecting Marte with the garrison town of Dikwa in the central part of the state.

Other attacks included an IED incident in Mallam Fatori close to the shores of Lake Chad where the state government is constructing shelter and trench to support efforts to return and resettle displaced persons. The insurgents also attacked Ajiri in central Borno, breaching the trench around the town where the state has resettled displaced persons.

The insurgents took possession of three motorcycles and two HMGs, NSV, and DShK variants in the Buratai attack. A Turkish armoured tactical vehicle known as Otokar Cobra appeared in the photosets from the attacks but its fate is unknown. The vehicle could be used directly or ‘armour-stripped’. In an attack near the Banki area, the insurgents captured a gun truck and type 85 HMG, AKM pattern rifle, and mine detector.

The incidents in Borno were the highest in the conflict-ravaged region and cut across areas near the shores of Lake Chad and adjacent to the Mandara mountain range. The deterioration of security in Southern Borno is linked to favourable environmental conditions and ISWAP activities after the dislodgement of the Boko Haram faction, JAS, from its Sambisa stronghold.

The State Governor, Babagana Zulum, recently lamented the threat from and growth of ISWAP, pointing out the need for the Army to re-strategise.

According to the World Food Programme (WFP), the conflict has so far displaced more than two million people. It has also made 8.7 million people food insecure, 4.4 million out of whom are facing acute hunger. 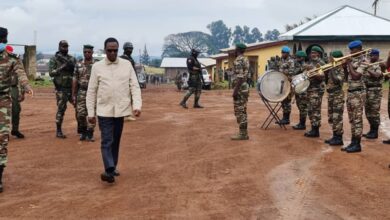 Cameroonian Soldiers Arrested Over Shooting Of Civilians In Troubled Northwest 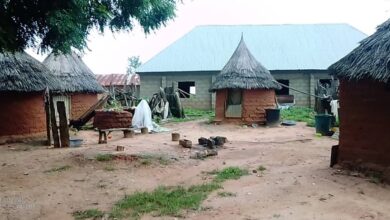