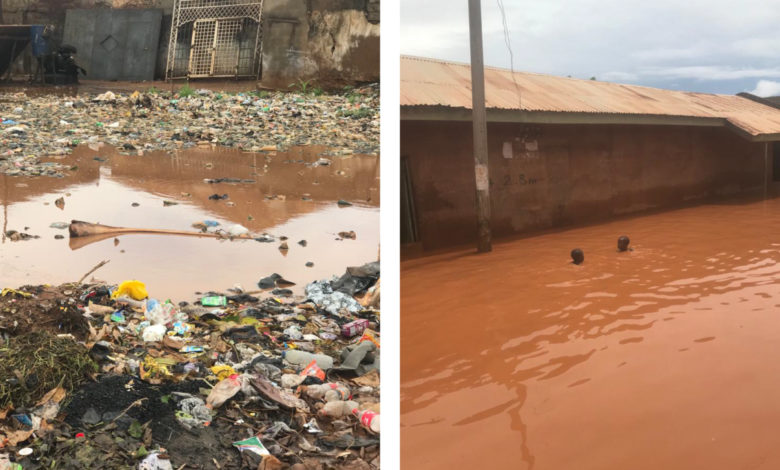 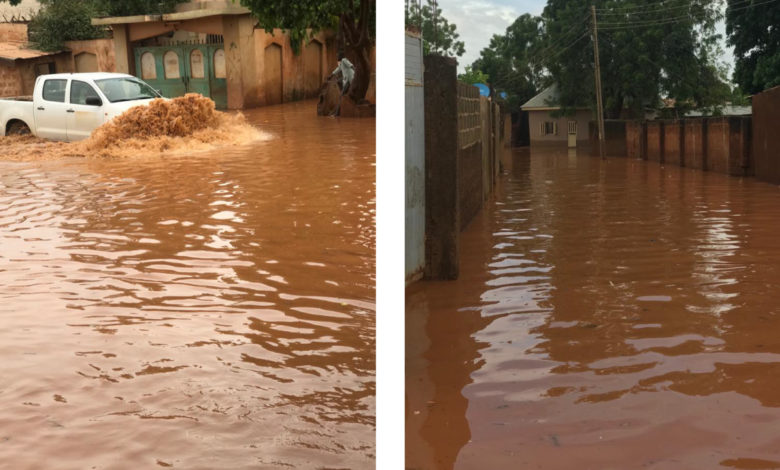 Mabera, a ghetto in Sokoto South Local Government Area, is home to more than 200,000 people. It is in Gagi C Ward of the local government area at the centre of the state capital.

For more than two decades, the people have lived in fear of flooding which disrupts socio-economic activities during the rainy season.

The situation became more perverse since the administration of Mr Attahiru Bafarawa (1999-2007) as governornor of Sokoto State when the community became more populated and attracted more socio-economic activities, HumAngle learnt.

Nigeria Hydrological Services Agency and Nigeria Meteorological Service have warned that the country would experience immense flooding in the coming months with 102 local government areas, including Sokoto South, expected to be affected.

“We have been in this situation for over 23 years and all the previous administrations promised to fix the issue still nothing has been done.

“ We are not benefitting anything from government so why will they not fix this issue to allow us carry out our daily activities?” Muhammadu Sambo, 67, asked angrily while trapped in a three-foot deep pond around his house

In July, many areas in Mabera were cut off due the blockage of drains which caused huge damage to the roads and made them impassable. Several houses were destroyed and many rendered homeless and lost their sources of livelihood.

Ahmed Labbo, a member of the community, said, “the situation is beyond imagination, there are some areas that are not accessible at all no matter how you try.

“There is bad road and poor drainage, majority of the communities here do not have drains at all, particularly along the road that links Mabera Iddi and Kantin Sani area.”

“No matter how you try to convince “okada” man (commercial motorcyclist) to take you to Mabera from anywhere in Sokoto town, he will not make any attempt because they know the area is very distasteful” Salamatu Rabe, said to support Labbo’s view.

Some residents told HumAngle that the development had created anxiety among those living in parts of the community, such as Mabera Iddi, where the people said they were frightened after seeing snakes and other dangerous creatures around their homes whenever it rained.

Salisu Adahama, a resident, said, “this is one of the unlucky days within the rainy season.

“We spent five days like this with a lot of uncertainties in our flooded houses. Just before you arrived, my wife sighted a snake on top of water around our bathroom.”

Motorists and vehicle owners find it difficult or even not possible to move around for their daily activities, HumAngle learnt.

Ayuba Bala, who struggled in his Toyota Hilux truck stuck in clay on a road with no drains, told HumAngle that “only a stranger can take the risk to derive his vehicle here. I thought my vehicle could pass this place, now see, people are helping me to pull it out.”

Government`s Negligence to address the problem

Sambo said “the government is very reluctant to put measures in place to ease the situation despite all the votes we gave to the present governor.

“He promised us several times in 2015 and 2019, especially during the campaign, to fix our roads and do a new drainage but there is nothing on ground. In fact, we haven’t seen him or any of his appointees since after 2019 campaigns.

“They have been promising us for more than 20 years now but not any sign of seriousness.”

He said: “if you go to Mabera Iddi, all the houses have been taken over by water and people are praying for God’s intervention.

“We are living like we are in a stateless society, government is betraying our trust, the governor has promised us and failed.”

“Even during the regime of Aliyu Magatakarda Wammakkao, as governor, he failed the community,” Labbo added.

He said although Wammakko showed some seriousness in effort to tackle the problem by deploying experts to assess the situation, he did not solve the problem.

Another resident, Lauwali Direba, said “ our community leaders are doing their very best every day to help us but the governor and his appointees abandoned us in this critical situation with anxieties and a lot of uncertainties everyday.”

Direba said the people had sent a delegation to the government on the matter but the effort had not yielded any positive result.

Ikrama Ibrahim added: “we have community leaders and associations that are always drawing the government’s attention to the issue but they turn their eyes blind like we are not from the state.

“We are all indigenes and fully participated in electing them.

“We formed committees and sent delegations. Recently, our delegates met with the commissioner for environment but there was no commitment from him.”

However, an employee of Sokoto State Ministry of Environment told HumAngle on condition that his identity will not be revealed, that “there are three major issues with Mabera,

“Government has no political will to do the work in the area, and they are waiting for the World Bank and Nigerian Erosion and Water Management Project (NEWMAP) to do the work.

“Second, it is the fault of people who are residing in the area; they are not cooperating with the government because they don’t want their houses to be tampered with.

“Third, our people need orientation on the need for constructing drains. After completing their buildings, there is indiscriminate dumping of refuse all over the community.”

But Labbo said, “there was a time when a committee was formed on this issue where the community agreed to collect 50 per cent compensations only from the government but still no response from their side.

“The fault is from the government. Initially, Aminu Waziri Tambuwal during campaign promised to construct drainage from Mabera down to Sultan Abubakar mosque but all in vain.

“All they are doing for over 10 years now is whenever we complain, they will come and mark our fences with different colours – blue, red, white and green and that is all,” Halliru Mabera added.

In March, the state government issued a press statement on plans for the commencement of the project in the area with the support of NEWMAP.

The announcement followed a workshop involving Sokoto State Technical Committee for the NEWMAP.

The Chairman of the committee, who is also the Permanent Secretary, Sokoto State Ministry of Environment, Alhaji Mu`azu Abubakar Madawaki, said the workshop was aimed at updating the members on the activities of the project regarding the implementation process.

The project coordinator, Sokoto state NEWMAP office, Alhaji Ibrahim Umar, explained that the problem of flood in the community would soon be addressed.

Diseases and disruption of livelihoods

The flood in Mabera community has destroyed houses and disrupted economic activities and Sambo said, “seriously, we are finding it very difficult to earn our living here. As you can see people cannot do any kind of business in this situation.

“We can spend more than one week in this situation, some of us find it difficult to feed their families because they have to go out everyday but now they are stranded with nothing to do in this flooded environment.”

A HumAngle reporter sighted Hassan Fari, a vegetable seller, wading through water in an effort to get foodstuff for his family from his flooded shop at the edge of the road.

Halliru Mohammed, a resident of Mabera Iddi, said: “Mabera residents are always in difficulty during the rainy season.

“Today, the rain is entirely different and unusual for us. It started since yesterday evening around 9p.m. and up to now, at noon, all the surroundings are full with water which makes it difficult for us to move around our homes and shops.”

Ramlatu Musa, a health worker with Usmanu Danfodio Teaching Hospital UDUTH, expressed concern that “ massive flooding in the area is exposing the people to different types of waterborne diseases such as diarrhea and malaria. ”

“There is an increase in reports of malaria and pneumonia cases in our hospitals and they are mostly from Mabera “ she said, adding that the provision of clean water, safe sanitation and hygiene support were the most critical, lifesaving priorities for the people.