M23 rebels have reclaimed the commercial town of Bunagana on the border between the Democratic Republic of Congo and Uganda; a senior DR Congo military officer told HumAngle.

“Bunagana is under the control of the enemy,” the officer who did not want to be named in the media said.

This comes less than 24 hours after the FARDC high command announced the town’s recapture from M23 rebels.

Military sources said the Rwandan army assisted the rebels in taking back the town from the DR Congo army.

“A military truck has just entered Uganda, four jeeps and other vehicles full of soldiers have also passed,” Sebusanane added.

According to a humanitarian source on the ground, FARDC soldiers had been cornered in Bunagana without a means of movement and were forced to flee across the border into Uganda.

“One hundred and seven Congolese soldiers and 37 police officers gave themselves up to Uganda Peoples Defense Forces (UPDF),” revealed Hajj Sadiq Sekandi, a senior Ugandan security officer, adding that “they were escaping from combat and searching for a means of protection”.

In March this year, the previous fighting in the area led thousands of inhabitants to escape to Uganda and Rutshuru.

The UN High Commission for Refugees (UNHCR) had on Monday, June 13, 2022, indicated that 368 more persons had arrived in Uganda from Bunagana.

“There are more than 30,000 Congolese on the Ugandan side of the border. They are afraid of returning to their homes in Congo,” said a Ugandan officer.

The FARDC had on Monday, June 13, accused Rwanda of “invading” DR Congo, affirming that it was the Rwandan army that is now occupying Bunagana.

In a statement issued to the press in Goma, Gen. Sylvain Ekenge, spokesperson of the military governor of North Kivu, said the Rwandan army had directly taken part in the fighting “after noting the enormous reverses suffered by their proteges on the ground”.

“The Kigali army has this time decided to violate the intangibility of our border and the integrity of our territory by occupying the border town of Bunagana. That constitutes no more, no less, an invasion of DR Congo,” Gen. Ekenge declared.

The spokesperson to the governor of North Kivu on Sunday, June 12, 2022, estimated that “the objective pursued by Rwanda was to occupy Bunagana not only to asphyxiate the town of Goma but also put pressure on the government”.

Last week, the FARDC had accused Rwanda of deploying 500 soldiers in the eastern DR Congo, an accusation the Rwandan government has denied.

The Rwandan government has also maintained that it is not supporting the M23 rebels.

The M23, a predominantly Tutsi rebellion that had its headquarters in Bunagana, was defeated by the DR Congo government in 2013 but took up arms again in late 2021, accusing the Congolese authorities of not respecting an accord for the demobilisation and reinsertion of its combatants.

Willy Ngoma, the spokesperson of M23, confirmed that the movement had retaken control of Bunagana.

“It was not a premeditated act but in response to an offensive by the army,” Ngoma said in a statement issued on Monday, June 13.

The President of the African Union Commission, Moussa Faki Mahamat, had also appealed for “an immediate ceasefire and an end to all military activities presenting any threat for Rwanda or DR Congo”.

He urged the two countries to “resolve all differences by dialogue and fraternal concertation”. 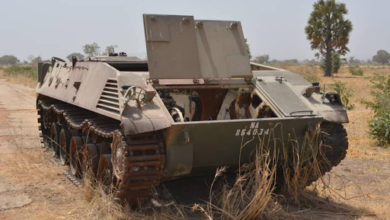 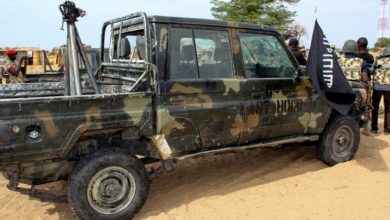 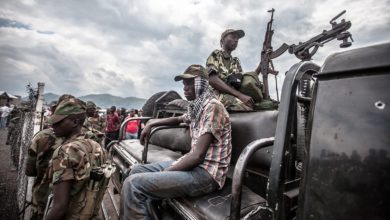 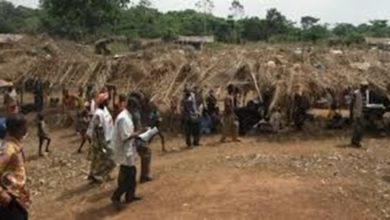