HumAngle gathered that the groups mounted various checking points at the heart of the local government, began shooting sporadically and forced themselves into some households and shops.

Sources available to HumAngle confirmed that the groups kidnapped the girls and left a man with serious gun injuries.

They also reportedly carted away food items and other valuables that belonged to the traumatised community members.

“There were heavy gunshots everywhere when I was calling 8pm prayer. I was forced to stop when I sighted an undisclosed number of the armed men riding into my area, singing and shouting different slogans,” deputy imam of the community mosque Usman Hassan narrated to HumAngle.

“They passed me and went straight to some people’s houses, checking and parking some of their belongings. All that I know is that they kidnapped three females and shot down one middle aged man,” he added.

“Two of them came to me and bought cigarettes, one of them made a call and asked which person they were going to kidnap in this area,” another resident of the area, Abba, shared his experience with the group.

Getting this information, Abba told HumAngle that he tried his best to reach out to the police force but he could not.

“We have their emergency numbers and I called them more than five times to report the plan but they did not pick my call,” he added.

One of the victims is a 15 year-old, a daughter of the state college of education lecturer.

“They kidnapped my cousin, Khadija who came from Dutsin Ma for a wedding in our family house and shot down Ibrahim,” Fatima Aliyu lamented.

“He is currently unconscious in Kurfi general hospital receiving treatment,” she added.

An influential person in the area who spoke with HumAngle on condition of anonymity said, “we are in critical condition now as I am talking to you now. We have mobilized vigilantes and other young volunteers to rescue the young girl.”

Two females reportedly escaped from the group while the young teenager is still being held captive, the source added.

He said, “two women were returned unharmed and we arrested two of the terrorists. One is in the hospital now while the other one escaped this early morning around 2 a.m.”

“What even gave the group upper-hand to attack us was the failure of security agencies to respond in time. They took more than four hours before they came to our house,” Aliyu added.

For Abba, “the most annoying thing was the way one police man denied the incident and kept saying their command did not give them orders despite hearing the gunshot everywhere.”

Efforts by HumAngle to contact the security agencies or members of the vigilante group in the area proved abortive as their contacts were not reachable at the time of this report.

This attack happened just three days after the group launched an attack in Dutsin Ma town close to the federal university.

The registrar Aliyu Dalha Kankia had issued a statement that no staff of the university should go near the main campus and other neighboring villages to the university. 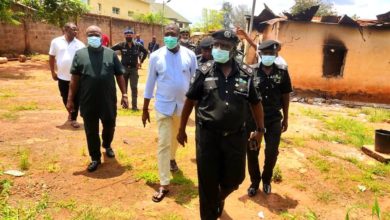 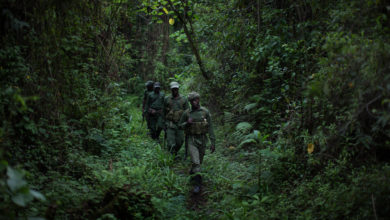 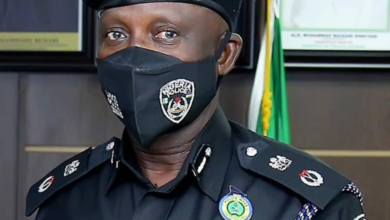