Abu Ibrahim Al-Quraishy, the leader of the international terrorist organisation, Islamic State (IS), has commended the fighters of Islamic State West Africa Province (ISWAP) for putting an end to the life of Abubakar Shekau, the Boko Haram factional leader who blew himself up on Wednesday, May 19, 2021.

ISWAP terrorists tracked down Shekau’s enclave using fighters stationed in the Timbuktu Triangle. Many of his fighters were killed in the process after the storming force was involved in a prolonged shootout with his bodyguards.

Abu Hamza Al-Quraishiy, the IS’ spokesperson, branded Shekau’s group as radicals who caused splits and hardships among jihadists in West Africa in an audio message titled “And You Are the Supreme Ones if You Are Believers,” released earlier this week.

The message was also published by the IS’s weekly publication “Al-Naba” and spread in its weekly newsletter in the Arabic language.

The Jama’atu Ahlussunnah Lidda’awati Wal Jihad (JAS), Shekau’s Boko Haram sub-group, was also dubbed “Khawarij” in the message, a disparaging sectarian word for those that pour the blood of fellow Muslims without a valid basis.

“We also praise your blessed work in extirpating and putting out the fitna of the Khawarij, and we praise God the generous that he has granted success to those who have been striving behind them to return to the earnestness of the right path,” he stated.

Al-Quraishi expressed satisfaction over recent reports that some Shekau followers had pledged allegiance to IS leader Abu Ibrahim and promised to collaborate with ISWAP militants in launching assaults.

“We rejoice much in the news of their bay’a, and we convey to them that the Amir al-Mu’mineen has accepted their bay’a and specifies them for greetings, and counsel them to be steadfast on the command of their religion, and that they should not be the tools of every person of arbitrary whim and innovation, and that they should fear God Almighty for their sakes, and they should not forsake their religion for the sake of material benefit.”

“And they must do well in fighting the armies of the Tawagheet so that they should make up for what they lost from the days that they wasted in following the fitnas and engaging in doubts,” he remarked.

ISWAP and JAS terrorists were seen shouting words of camaraderie and offering loyalty to the IS leader in a new video obtained by HumAngle, demonstrating their reunification and oneness.

They further stated that “the enemies succeeded in dividing us, but we are now back,” implying that they would continue attacks on Nigerian forces.

“Assemble around your Dawla and your imam to support and implement the ruling of the Lord of the Worlds’ law, and may what happened to your brothers in Iraq and al-Sham be a lesson to you that has not and will not be repeated, after many of them forsook and turned away from supporting their religion and Dawla, to the point where today there has come to them the one who inflicts painful torment on a people. So hurry up and compete, and join and support your Dawla, and terrify God’s and your enemies,” he said.

The IS leadership’s recent message will boost the ISWAP in Lake Chad and will likely entice other JAS sub-factions to rejoin the outfit. 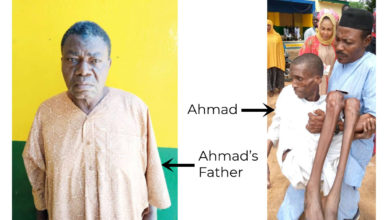 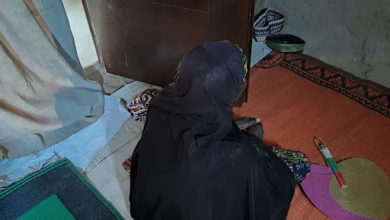 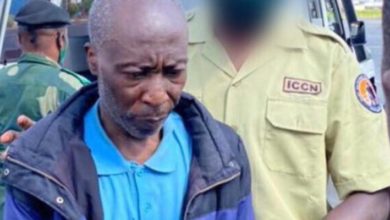 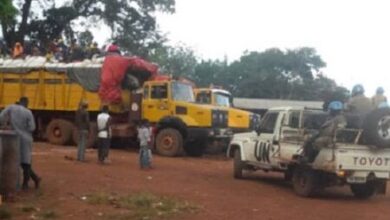