The story of the Lake Chad region has been that of a shrinking freshwater lake, instability, and a wide-scale humanitarian crisis. Recent studies have shown that the Lake is stable but the region is caught in a complex web of conflict, resource deprivation, impoverishment and changing climate.

Nigeria’s Minister of Foreign Affairs, Geoffrey Onyeama, on April 6, spoke on the shrinking of the Lake Chad and water security concern while representing President Muhammadu Buhari at a leaders’ dialogue on Africa-Covid Climate emergency organized by African Development Bank Group and the Global Center on Adaptation.

“Climate change cannot wait while we address COVID-19. They must be addressed together. With Lake Chad shrinking, the less than 40 per cent of the population that has direct access to potable water is expected to further decrease,”  a tweeted excerpt of his address read.

His statement came days after the Chad President, Marshal Idris Deby and President Buhari of Nigeria discussed bilateral issues ranging from security to the recharging of Lake Chad, during a meeting in Abuja on March 27.

“It is imperative that there be water transfer to Lake Chad from the Congo Basin so that the people can resume their normal lives,” President Buhari had said.

What’s the situation with Lake Chad?

Lake Chad is an important source of water and livelihood to millions of people in the four countries surrounding it – Chad, Cameroon, Niger, and Nigeria. Other countries connected to the Lake are Algeria, Libya, the Central African Republic and Sudan, all members of the Lake Chad Basin Commission, an intergovernmental body overseeing the management of its water and natural resources.

Over the years, development organisations and policymakers have pushed for the recharging of a vanishing Lake Chad through an ambitious Inter Basin Water Transfer project to channel water from the Ubangi River in the Democratic Republic of the Congo to Lake Chad.

In 2019, Berlin-based think tank Adelphi in a report contradicted the widely held notion of a drying Lake Chad. The report shoring up stability described the Lake as stable despite the impact of severe drought in the 1970s and 1980s that shrunk the lake from a high-point of 25,000 sq. km to 2,000 sq. km in the 1990s but has since expanded to about 14,000 sq km in the few decades and remains relatively stable.

“Whilst the lake contracted significantly due to drought in the 1970s and in the 1980s, our research finds that the lake is currently not shrinking” says the report. “These droughts led to the lake shrinking from a high point of 25,000 km² in the 1960s, when it was the world’s sixth-largest freshwater body and a thriving commercial hub for the entire Sahel, to just 2,000 km² in the 1990s,” Adelphi’s report noted.

The report added that “by displacing communities and undermining state legitimacy, the droughts helped set in motion a train of events which is still being felt today. Whereas news of the Lake’s shrinking has indeed fed into the current crisis, it has since expanded to roughly 14,000 km².”

On the size of Lake Chad, the report stated that its size has proven relatively stable over the past two decades.

“Indeed, the total water storage has actually increased, if one includes groundwater as well as surface water, which runs counter to the prevailing narrative of a lake in terminal decline,” the report stated.

Janani Vivekananda, one of the lead authors of the 2019 climate security risk assessment of Lake Chad told HumAngle that mixed messages on the size of Lake Chad are in part due to the promulgation of outdated information from NASA which compared the lake in the 1960s to the early 1990s when it was emerging from severe drought.

She added that, taken out of context and without the insights of more up-to-date information, these images and the catchy 90 per cent figure offered a compelling, albeit inaccurate picture of the urgency of climate change risks which proved useful to climate-security advocates and political actors alike.

“Either due to an unknowing failure to fact-check or for more nefarious reasons, the message that the Lake is shrinking gained traction and became (false) received wisdom. For certain political actors, this narrative was expedient, even if it was inaccurate – it supported a lucrative scheme to ‘rejuvenate’ the lake, which would in principle bring in billions of dollars of Foreign direct investment FDI/aid monies,” Vivekananda said.

A 2020 study titled ‘The Lake Chad hydrology under current climate change’ published in Nature stated that despite a partial recovery in response to increased Sahelian precipitation in the 1990s, Lake Chad is still facing major threats and its contemporary variability under climate change remains highly uncertain.

“Moreover, since the 2000s, groundwater, which contributes to 70 per cent of Lake Chad’s annual water storage change, is increasing due to water supply provided by its two main tributaries. Our results indicate that in tandem with groundwater and tropical origin of water supply, over the last two decades,” it added.

“But an alleged shrinking of the Lake is not the problem. However, high levels of rainfall and wide temperature variability are undermining people’s lives and livelihoods,” the report said.

On the role of climate change in sustaining peace, Vivekananda, who is also the Head of Climate Diplomacy and Security programme at Adelphi, said the most effective solutions will be ones that address the underlying causes of the crisis, that are sensitive to the environmental changes brought about by climate change.

“That means ensuring that stabilisation, humanitarian and development efforts in the region better understand the interactions between environmental and climatic factors and the security and humanitarian context to inform effective responses,” she added.

She noted that this would involve greater cognisance of the linked conflict, humanitarian, environmental and developmental risks in the region and taking steps to ensure interventions do no harm to climate-fragility risks.

“For example, reintegration and resettlement programmes should include a clear focus on livelihoods and planning around these livelihoods need to acknowledge the variable climatic conditions in the region to ensure they are viable in the face of increased climate variability,” Vivekananda said.

Violence and vulnerability in the Lake Chad

HumAngle understands that Jamā’at Ahl as-Sunnah lid-Da’wah also known as Boko Haram and its splinter group Islamic State in West Africa (ISWAP) benefit from the fragility of region and vulnerability of the population as well as the Lake, islands and wetland resources for its operations.

The operations of the groups and military response against them have also limited the access of the local population to environmental and natural resources, thereby compounding the humanitarian and livelihood challenges affecting millions of people in the region. 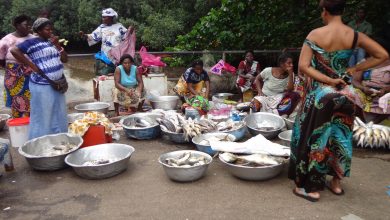 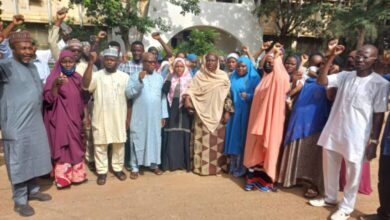 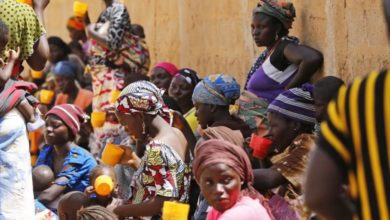 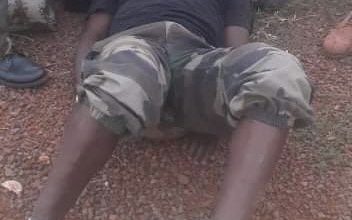