As the Nigerian Government struggles to contain insecurity ravaging Africa’s most populous country, young girls and women are exposed to sexual violence daily.

Since April 2014, when 276 girls between 16 and 18 were kidnapped by the terrorist group, Boko Haram, from the Government Girls Secondary School in Chibok, Borno State, Northeast Nigeria, it has become recurring for girls to face abductions and other abuses.

On Feb. 18, 2018, nearly 110 schoolgirls were kidnapped by Boko Haram terrorists in Dapchi town of Yobe State, Northeast Nigeria. A month after, on March 21, the Nigerian government announced that 104 of the 110 schoolgirls were freed, only one of them, 14-year-old Leah Sharibu, at the time remained in captivity.

There were reports a year after the abduction that Leah Sharibu was married to one of her abductors and was delivered of a baby boy in captivity. There were also reports earlier this year that she had given birth to a second child.

Leah Sharibu was just 14 years old when she was abducted; the forceful marriage and child-bearing at age 15 meant she was exposed to sexual violence and had her opportunities for a better life through education shattered.

In late Feb. 2021, terrorists abducted 279 girls from a school in Zamfara State, Northwest Nigeria, after firing into the air for over two hours.  The school is in Talata-Mafara Local Government Area of the state.  Nigerian President Buhari said his administration would not bow to blackmail by terrorists “who target innocent school students in the expectation of huge ransom payments.”

The girls were later released in early March; it was not clear if a ransom was paid for their release. Bello Matawalle, Governor of Zamfara State said no money was paid for their release.  What was also not clear was whether the girls were not sexually abused by their abductors as has been the case in many of the villages raided by terrorists in Zamfara State.

Women continue to be exposed to various degrees of harm. For instance, HumAngle reported in July 2021, how terrorists sexually assaulted vulnerable women in exchange for their families’ safety in a series of attacks on villages in Zamfara State.

They were reported to have abandoned their earlier mission to rustle the remaining cows in the communities and resorted to assaulting the women, taking advantage of their anxiety over the lives of their husbands and children. Later in the same month, terrorists also attacked some women and raped them at ‘Garkar Maigari’ area in Zamfara State. The violation, according to eyewitness accounts, was done in the open.

Girls vulnerable to many risks

Despite the trauma many of these girls and women in some cases have had to endure, sexual violence only became a globally recognised problem in 1994 after the mass rape of Bosnian women during the Bulkan war and the Rwandan genocide. Studies recently showed that women who suffer sexual assault or violence later develop a type of brain damage linked to cognitive decline, dementia, and stroke.

Humanitarian experts have argued that armed conflict, natural disasters, and other humanitarian emergencies make women and children more vulnerable to sexual violence – including conflict-related sexual violence, intimate partner violence and trafficking for sexual exploitation – as well as other forms of gender-based violence.

The World Health Organisation estimates that 1 in 10 children worldwide is sexually abused. Rape within the family is particularly difficult for the victim. In almost 60 per cent of rape cases, the victim was unwilling to report the name of the abuser. Families remain silent about sexual offences in order to protect the family image. Mothers remain silent if the abuser is the father, which interferes with a child’s relationship with both parents.

Roughly 90 per cent of adolescent girls who report forced sex say that their first perpetrator was someone they knew, usually a boyfriend or a husband. But many victims of sexual violence, including millions of boys, never tell anyone.

Impact on educational and socio-economic activities

Continuous attacks across North-central, Northwest, and Northeast Nigeria have hindered school enrolment in a country with overwhelming out-of-school children.

Even after they return home after a gruesome experience with their captors, a lot of the victims are yet to recover from the near-death experience. Some never want to return to school to continue their education.

The 12 years of attacks by Boko Haram and the military counter-actions in the country’s Northeast region have caused the displacement of millions of persons – mostly women and children – from their original abodes into refugees or IDP camps.

In an instance, an internally displaced person, Rahmatu Abdullahi told HumAngle that women in villages in Shiroro Local Government Area of Niger State, North-central have not been exempted from mass and gang rapes during the rising terrorism and banditry.

“A young woman could be gang-raped by up to ten men,” she laments. “One of our daughters was. She was messed up so badly that she had to be stitched up. They have destroyed her life,” she says bitterly, spreading her palms to the sky, her face contorted in pain.

She explained that young, unmarried women used to be the main targets of rape, but eventually even children began to suffer it too.

More IDPs told HumAngle that while they were still living in their villages as the terror attacks first began, they tried to constantly hide their daughters who had come of age, but no matter how well they hid them, the criminals would seek them out of their houses.

Some of the victims have been subjected to early marriage to save them from the wrath of the insurgents. “That group of young girls you see over there,” Rahmatu Abdullahi said, pointing to a group of teenagers at the block opposite where she’s sitting. “They are awaiting marriage. We are currently arranging the weddings back home. So that when they eventually go back to the village when this is over, they will have protection. As a woman, marriage saves you from a lot of things.”

In 2019, a lot of advocacy went into convincing parents in the urban and rural areas in northern Nigeria to enrol girls against early marriage.

“The singular act of abductions has reversed everything we had achieved with the enrolments. Many parents are no longer willing to take children to school. Many of Jangebe victims are getting married. In some families, even male children no longer go to boarding schools,’’ a traditional leader in Anka said. 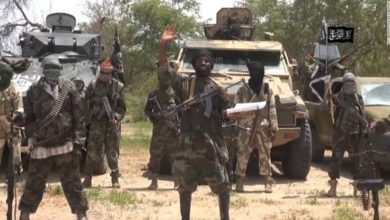 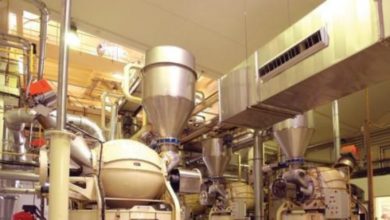 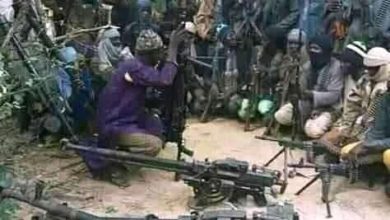 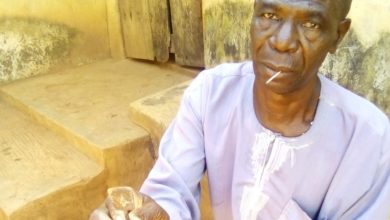