Dozens of prominent Nigerian newspapers, as well as online and broadcast news platforms, have joined a protest against moves by the National Assembly to stifle press freedom.

A nationwide stir was caused on Monday, July 12, as the same cartoon image of a gagged face, representing the press, was blasted on the front pages of major newspapers.

“Information blackout. This is what the National Assembly wants to achieve with the NPC and NBC (Media) Act Amendment Bills,” said a caption under the image, which was sponsored by the Nigeria Union of Journalists (NUJ), Nigerian Guild of Editors (NGE), and the Newspaper Proprietors’ Association of Nigeria (NPAN).

“It’s not just against the media,” the organisations added. “It’s about society’s right to know, your right to be heard.”

The House of Representatives had, on June 17, held a two-day public hearing to consider proposed legislation, including amendments to the National Broadcasting Act and the Nigeria Press Council Act. Nigeria’s Minister of Information and Culture, Lai Mohammed, at the hearing, had asked the house to include internet broadcasting as part of the regulatory framework of the Nigerian Broadcasting Commission (NBC).

Earlier, NBC had instructed social media and online broadcasting platforms to apply for licences before they can continue to operate.

Some of the proposed amendments allow NBC to fix prices for subscription television and stipulate heavy fines and imprisonment terms for the publication of fake news without giving room for retractions.

If amended, the NPC Act will introduce a “national press code” that has to be approved by the information minister and will guide the “conduct of print media, related media and media practitioners”. The NPC will also be empowered to approve penalties for violations, receive and consider applications for the establishment of media houses, and “with the approval of the minister, grant print media and other related licenses to any application considered worthy of such.”

Despite protests by advocacy and press interest groups represented at the hearing, the sponsor of the NPC Amendment Bill, Olusegun Odebunmi, insisted his committee would go ahead with the amendment process.

“We are dealing with a situation where an attempt is being made to make the Nigerian media a department or an extension of the office of the minister of information and this is clearly not acceptable,” he said.

“I do not know anywhere in the world where a minister approves the code for the practice of journalism; that is clearly not acceptable.”

Arogundade cited a proposed sub-section in the NBC Act that allows the commission to sanction media bodies including where this is seen as justified in the public interest. He argued that, as an unelected body, the NBC lacks the grounds to determine what may be tagged “public interest”. This, he explained, “means they can just close down stations, impose fines arbitrarily by hiding under what they call … public interest.”

He stated that including these provisions in the Acts is not only a threat to press freedom but will negatively affect even the National Assembly’s ability to fulfil its oversight obligations.

“The Buhari regime has subjected journalists to trial under the Treason Act, while others have been charged with treasonable felony.  Scores of journalists and other critics are standing trial for embarrassing some state governors. The National Broadcasting Commission has been used to close and suspend media houses and impose outrageous fines on them,” he observed during an interview with Punch Newspaper last month.

“Apart from Section 36 of the Constitution which protects the fundamental rights of Nigerians to freedom of expression, Section 22 of the Constitution has specifically tasked the media to promote accountability and transparency in government. Any act of the parliament that is inconsistent with either of the two constitutional provisions will be quashed.”

There are concerns the Federal Government under the presidency of Muhammadu Buhari is increasingly becoming anti-free speech.

Last October, NBC fined Channels Television, Arise Television, and Africa Independent Television (AIT) for what it termed “unprofessional coverage” of the #EndSARS anti-police brutality protests. Again, in May, the commission levied a fine against Channels Television and Inspiration FM for interviewing Emma Powerful, spokesperson of the proscribed Indigenous People of Biafra (IPOB), and airing an IPOB broadcast.

It has also been over five weeks since the Federal Government blocked access to Twitter, a microblogging platform, after one of Buhari’s tweets was pulled down for violating the platform’s policies.

Nigeria is currently ranked 120 out of 180 countries on the World Press Freedom Index, dropping five places from its 2020 ranking. According to Reporters Without Borders, “Nigeria is now one of West Africa’s most dangerous and difficult countries for journalists, who are often spied on, attacked, arbitrarily arrested or even killed.” 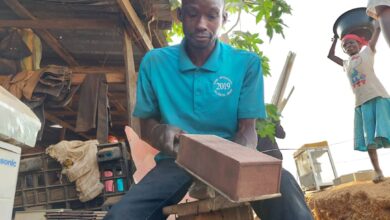 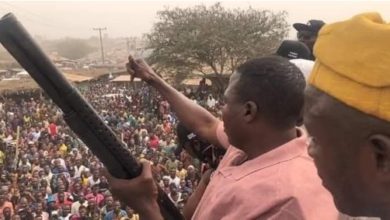 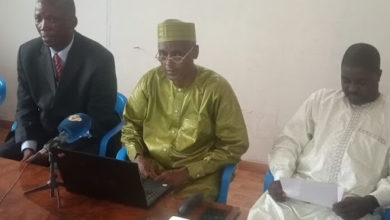 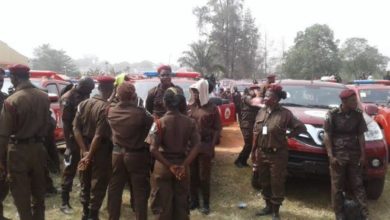