At least 20 persons were reportedly killed and unspecified others injured when  assailants, suspected to be criminal herders, invaded Igangan, a community in Ibarapa North local government of Oyo State, Southwest Nigeria, on Sunday, June 6, 2021.

Residents who spoke with HumAngle explained that the attack began around 12 a.m. when the assailants, numbering about 50, invaded the town on about 20 motorcycles.

During the attack which lasted till around 3 a.m. on Sunday, the Palace of the town’s monarch, the Asigangan of Igangan, one Adolak filling station, and numerous properties were attacked and burnt down.

Olayiwola Felix, a resident, told HumAngle that Police officers and Southwest Security Network, Amotekun, were not accessible throughout the duration of the attack.

“All the Police and Amotekun officers we tried to reach had their phones switched off,” Felix said. “It was the local hunters we have that mobilised themselves to later chase them.”

In multiple video clips released after the attack, the remains of the victims of the gruesome attack were sighted. While some were dismembered, others were gruesomely injured to the extent that their faces were almost unrecognisable.

“This is war,” one of the voices in the clips was heard saying.

Seyi Makinde, the Governor of Oyo State in a message on Twitter on Sunday morning said he was being briefed on the attack.

“I have received the shocking news of the attacks on residents of Igangan, Ibarapaland, in the early hours of this morning. I am currently being briefed on the incidents. I urge residents to remain calm as security operatives are now in control of the situation,” the governor said.

Igangan, the return of fear?

Igangan, a-177 kilometer town away from Ibadan, the state capital, had come to limelight, though for bad reason, following last December’s murder of politician and large-scale farmer, Dr. Fatai Aborode, by persons whom his farm manager claimed to be “Fulani herdsmen.”

HumAngle reported on Jan. 13 that residents of towns like Idere, Igangan and Tapa, Igbo-Ora, and Ayete in the Ibarapa North and Ibarapa Central local government areas lived in an atmosphere of fear due to the the trend of killings and kidnappings.

He noted that his government has put in place several measures, which, according to him, have yielded positive results in the last few months. These measures include: creation of a base for Operation Burst in the area, deployment of more Amotekun corps, among others.

A statement by Taiwo Adisa, the Chief Press Secretary to the governor, quoted Makinde as saying that to tackle insecurity, the government would recruit more Amotekun corps, adding that it would also take a decision on what to do with the uncompleted 60-bed health facility in Igangan, which has become a hideout for criminals.

“The issue of insecurity brought me here the last time and I remember that I made a comment that we needed to tackle those challenges because it is the only way it can affect our economic prosperity. Farmers in Ibarapa could not freely go to their farms because cows are invading their farms,” Makinde said.

“It is a problem that has been existing even before we came into government, and one of the promises I made then was to tackle security challenges. And the question to take home is – can anybody here imagine Oyo State without Amotekun? It is one of the initiatives we brought forward. Before we came, there was nothing like that. Yes, there may still be few areas we need to improve on but we all should work together with Amotekun.”

However the latest attack indicates that the governor’s claim might be far from the truth as the attackers were able to terrorise the community for hours without a coordinated response from any security agency.

Reacting to the attack on Sunday morning, the Speaker of the Oyo State House of Assembly, Debo Ogundoyin, described it as an unfortunate incident.

“These murderers are not tired and It is our collective responsibility to protect our lives, women, children and our communities from these evil doers,” Ogundoyin said.

He added that if the insecurity crisis persists then it means no one has done enough. 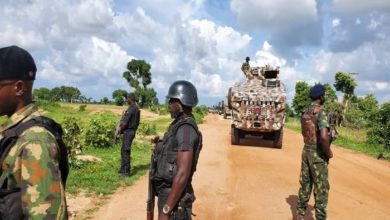 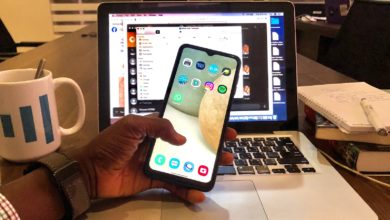 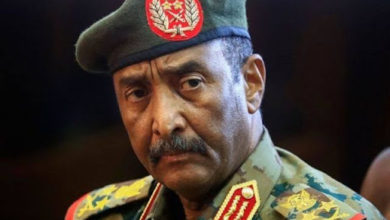 #SudanCoup: African Union Suspends Sudan From Participating In All Activities