Discouraged by the lack of food and access to basic means of livelihood, hundreds of resettled internally displaced persons (IDPs) have in the past days been fleeing their camp in Bama town, Northeast Nigeria, to locations controlled by the Islamic State West Africa Province (ISWAP).

The fleeing IDPs, including relatives of surrendered Boko Haram terrorists who were excused as “non-combatants”, were said to have yielded to pressure from ISWAP terrorists to cross over to get access to food and other basic needs.

Bama, like many other garrison towns where IDPs have been settled, is surrounded by dug up trenches and parapets. This makes it difficult for terrorists to invade, but it also limits the people’s access to farmlands where they can cultivate food.

Wandering a few kilometres outside these trenches can be dangerous and is discouraged by the military.

“The truth of the matter is that there is serious hunger, and many people can no longer cope being caged in Bama when they could easily access food in the bushes controlled by the terrorists,” said a female social worker based in the town, who pleaded not be named in this report.

“People can no longer cope here. The government has not sent in food aid as expected for months now.”

Multiple sources reported that, in locations governed by ISWAP, people who subject themselves to the group’s rules are allowed unhindered access to resources for growing their food crops and other means of livelihood such as fishing and trading.

“Boko Haram wants people to come to their side and they are using all kinds of tactics to lure them,” said a local security operative who identified himself as Goni.

“They are taking advantage of the abundant resources growing wild due to years of desertion to win hungry IDPs to their side. For example, Boko Haram has harvested food crops like Tamarind and Zobo (Hibiscus Sabdariffa) leaves in large quantities, which they exchange for services offered by the IDPs or in exchange for things like mobile phone call cards.”

He said many teenagers and women who have deserted their camps in Bama to join the terrorists are now like middlemen who helped them sell their wares in the township.

Falmata Saidu, a local NGO worker in Bama, said, “You need to visit the camp before you can appreciate the plight of the people. It’s an understatement to say that there is no food. The people are starving; some cannot even recall the last time they cooked something in their home. It is pathetic, especially during this hot weather and Ramadan fasting.”

“What is even more worrisome is that those brought into Bama as innocent farmers or wives and children of the repentant Boko Haram are the ones leaving the camp and returning to the bush in protest over lack of food,” she added.

The Borno state government has adopted the strategy of relocating displaced people from the state capital, Maiduguri, to the recovered hinterlands as a way of building the people’s resilience. In achieving this, the government announced that no humanitarian support be taken to those resettled locations except where it gives the go-ahead.

Bama, one of the communities in Borno hardest hit by displacement, was the first to re-accommodate IDPs when the government reopened highways that Boko Haram once took over in 2018.

With over 10,000 IDPs returning in the same year, Médecins Sans Frontières (MSF) would later report the death of “at least 33 children” in the camp in Bama.

The international humanitarian organisation said in its Aug. 2018 report that the “lack of adequate assistance, including access to shelter and healthcare, is having severe consequences for young children arriving in the town.”

Apart from those in the host community, the GSSS IDP camp established in Nov. 2017 accommodates about 50,000 people from 15,000 households. A report by the United Nations Office for the Coordination of Humanitarian Affairs (OCHA) released last year showed that “83 per cent of the camp population are children and women”.

Efforts made to speak with top officials of the Borno state government on the issue were not successful.

An official of the State Emergency Management Agency (SEMA) who spoke to HumAngle on the condition of anonymity, however, said the authorities have heard about the “sad development”. “But you have to understand that the situation in the state is overwhelming and the government is trying its best to manage the situation,” the official added. 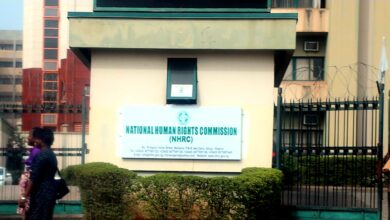 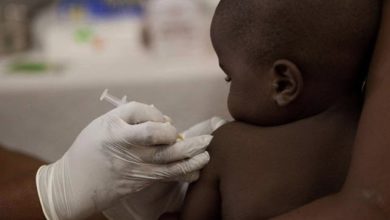 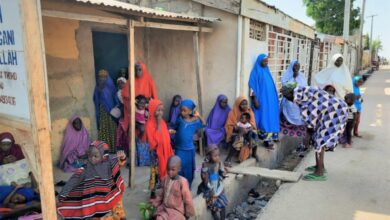 Will Another Network Shutdown Save Zamfara Residents From Terror?