In many countries, the face of policing and fighting insecurity has changed dramatically in the past decades as a result of advancements in technology.

Video surveillance through the use of closed-circuit television (CCTV) became more common in the 1970s with the invention of video cassette recording technology and this has helped in both preventing and solving crime all over the world.

But the application of technology in combating crime is more varied. With the introduction of smartphones, various mobile apps have lately been invented to keep societies safe through the provision of crucial information, tools, and engaging the public.

As recently hinted by the Minister of Police Affairs, Mr Muhammadu Dingyadi, Nigeria planned to invest more in acquiring “modern-day technology and equipment that will assist us in fighting crime”.

Nigerians are, however, not simply waiting for the government to act in this direction. In August, 2019, students of the University of Lagos developed an app, Lagmobile, to improve security on campus. The Vice-Chancellor, Prof. Oluwatoyin Ogundipe, explained that the app allowed students to report cases of rape, kidnapping, cultism, and so on with the click of a button.

“Once this is done, probably accompanied by a short message, wherever such the person is, the signal will be sent to the right quarters for urgent intervention,” he said.

Here are other mobile apps that have been developed and are in use by security agencies, crime fighters, and citizens in various parts of the world.

My PD (Police Department) is a multi-purpose, award-winning app that was launched in June, 2011, and today has over 500,000 downloads. It improves communication between citizens and law enforcement agencies and provides app users with safety tools.

The app, which is mostly used in the United States, shares information from local and national sources, and pushes notifications from the police. It also contains details of fugitives, people on the sex offenders’ register, missing children, and so on.

Users receive alerts on fire incidents, accidents, road conditions, among others and information from police departments are promptly sent to citizens, including those not on social media. While the app is free for use by citizens, police departments pay to make it available for people within their jurisdictions.

This mobile app, created by police officers, has a Vehicle Identification System (V.I.S.) that enables law enforcement officers to identify cars more easily and narrow down possibilities while interrogating witnesses who are not familiar with specific car models.

According to the makers, “Inside this application, there is an extensive image database of almost every make and model of vehicle released in the past decade. It’s fast, easy to use, and can cut out a lot of time and legwork from the investigation process, which may mean the difference between solving the case or having it go cold.”

Used by over four million people across different cities in the United States, Citizen is a mobile app that delivers safety alerts to its users regarding their immediate environment. It provides “instant access to verified 911 information” and reports, thus allowing people to know in real-time when there are fire outbreaks, natural disasters, robberies, and so on close to them.

It also gives users a platform to share security-related updates and safety tips with others in various formats while allowing them to comment on feeds they are interested in.

While it is similar to Citizen Neighbors is a free app that relies solely on citizen-generated data. It was developed by Ring, an Amazon company which produces doorbells that double as security cameras connected to mobile devices, and is only available in the United States.

It allows people in a community to get a glimpse of potential criminal activity.

“The Neighbors App uses your address to create a radius around your home. If anyone shares an alert on the app about crime or safety within that radius, you’ll get a notification on your phone and tablet,” the makers explained.

“Conversely, if you share an alert on the app about a crime or safety issue in your radius, your neighbours will also get a notification on their phones and tablets. You can then comment on these alerts to provide additional information about local issues, give tips to avoid affected areas, share photos or videos to help neighbours stay on the lookout, etc.

“You can narrow your radius to only focus on hyper-local issues. Or if you live in a more rural location, you can expand your radius to include nearby communities and landmarks.”

The app equally serves as a platform for public safety agencies to engage and inform communities for whom they provide services.

MobileDetect is available on the Apple store for iPhone and iPad users. It converts the phone into a portable drug and narcotic detection tool through the accompanied use of MobileDetect drug pouches, described as “highly accurate, low-cost test kits that use recognised National Institute of Justice chemical reagents to produce colour reactions specific to different drugs”.

The substances it can detect include fentanyl, heroin, cocaine, methamphetamine, marijuana, hemp, bath salts, LSD, gunshot residue, and many more.

Available on the Google Play Store at a price of N900, this app has six sets of a total of 15 handy tools, including the smart ruler, smart measure, smart compass, sound metre, smart light, and unit converter. Among the individual tools are the magnifier, vibrometre, mirror, sound level metre, compass, metal detector, GPS, and others.

Smart Tools has been installed over a million times but, to be fully functional, it has to be downloaded on a mobile device with a magnetic sensor.

It contains training articles on how to detect concealed weapons, interview and interrogation, detecting deception, and so on. The app is equally a go-to resource for case law on several subjects such as probable cause, reasonable suspicion, abandoned properties, frisking, traffic stops, vehicle searches, use of force, warrant execution, among others.

There are several other mobile apps that enhance policing across the world, including 10-21 Video that allows live streaming field interviews and other incidents and SceneDoc, which allows frontline officers to collect notes and organise their reports.

Policemen and many police stations across Nigeria still rely heavily on manual processes and unsophisticated methods of investigating, interrogating, and engaging with communities. Trends across the world indicate that much of this vacuum could be filled easily with adequate training on the optimal use of smartphones. 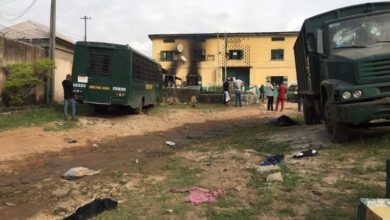 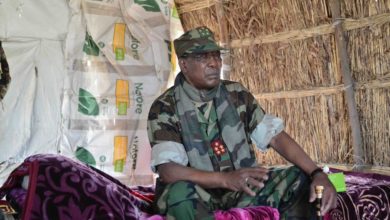 Why Stability In Chad Is Vital For Security In Nigeria, Lake Chad 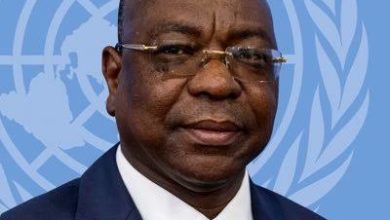 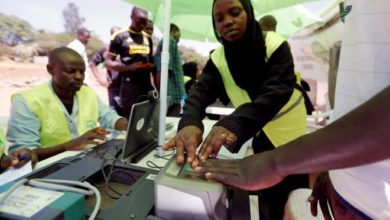