Government of Borno State, Northeast Nigeria, had last week issued an 11-day ultimatum for the occupants of Bakassi Internally Displaced Persons (IDPs) camp to vacate the facility and return to their respective communities ahead of its plans to finally shut down the facility on November 30, 2021.

The government said the move to shut down Bakassi, one of the oldest IDP camps in Borno, was in line with its process of closing all camps within Maiduguri, the state capital by end of December 2021.

Governor Babagana Umara Zulum had last Friday disbursed well over N500 million in cash to about 3000 households in Bakassi as part of their severance allowances to vacate the camp within 11 days.

The Borno State Commissioner for Reconstruction, Rehabilitation and Resettlement (RRR), Engineer Mustapha Gubio, told HumAngle that the cash and food palliatives given to IDPs was a billion naira “if you add the cost up”.

A statement issued by Governor Zulum’s spokesman, Isa Gusau, indicated that the international best practice of returning IDPs was considered in the process. He noted that they were given the choice to choose between returning to their original LGAs or finding a place to stay in the state capital.

According to the statement, most of the IDPs agreed to vacate the camp, and on their own and as such each of the male IDPs who are heads of household were given N100,000 each.

He added that female heads of household also got N100,000  while other married women got N50,000 including food stuff.

HumAngle’s visit to the camp on Monday uncovered another version of the narrative as IDPs seen moving their belongings said the government’s decision gave them a very tight option.

Though they had complied, the IDPs said they are worried about their future back home as most of them may have to start building their destroyed homes from scratch.

While the usually busy camp that once accommodated IDPs from Gwoza and Monguno now looked empty with most shanties pulled down, many of the displaced were still seen hanging around wearing faces of despair.

“Government said we should leave, so we have no option but to comply even though it comes most unpleasantly,” said Isa Zakariya, 40-year-old husband to three wives and father of 13 children.

“We have taken our luggage to the motor park but no vehicle to take us home and many of us were stranded.

“We got N100,000 as a household and my wives got N50,000 each, but all these have been consumed in the cost of transportation. When we eventually get to Gwoza we have to start looking for where to stay because our houses were destroyed and some of us are not from the township of Gwoza which means we have to find a place to live like IDPs again. And that brings the issue of survival, especially having access to farms and cultivating our food.”

Zakariya said he used to have a thriving provision store back in Gwoza before his home and shop were grazed down by Boko Haram during an attack seven years ago.

Maryam Nuhu, a 27-year-old mother of three said they could not leave the camp because there was no vehicle to convey them home.

“We have taken our luggage to Gwoza using the trucks that Senator Ali Ndume provided for us, but we have no passenger vehicle to take us home. The park is filled up with stranded IDPs, so we have to return to the camp because we have no place to go.”

Maryam added that the biggest worry for her and her family is how to settle down when they eventually get to Gwoza.

“The last time we inquired, we were duly informed that our house was destroyed and has been reduced to rubble,” she said.

“Now if we arrive in Gwoza, we have to start looking for corrugated roofing sheets to erect cottages so that we can live in them the way we have been living here.”

Ibrahim Isa, another Gwoza-bound IDP said he and his three wives, as well as 14 children, are also yet to leave the camp because it was difficult getting vehicles out of Maiduguri.

“Going home after seven years is a good thing but how to get there is something heartbreaking,” he said.

“The 11-day ultimatum given to us to vacate the camp was sudden and it has put many of us in difficult situations. We have to hurriedly pull down our shanties and package some of the wood and roofing sheets because we have to use the same in rebuilding our destroyed homes or erect some cottage homes to settle in when we get there.”

Chairman of Gwoza IDPs in Bakassi camp, Ibrahim Sale, described the situation as another forced migration and “a replica of our flight from Gwoza” seven years ago.

“We were given an ultimatum to vacate and we had to start rushing to avoid the wrath of government and security agencies,” he said.

“To transport our luggage out of the camp, the Senator and our House of Assembly member provided trucks that helped take our belongings to the park. But there is no vehicle to convey us from the park to Gwoza. As I talk to you now, hundreds of our IDPs are sleeping out in Tashan Bama because they are stranded.” tashan Bama is a motor park for travellers.

Sale pleaded for an extension to allow IDPs leave with dignity especially now that they are faced with the challenge of getting vehicles to transport them.

“That we have pulled down our houses here in the camp demonstrates our commitment to comply with the government directive to vacate the camp. If you still find us here then it means the situation concerning transportation is beyond our control. We need more time to get vehicles going to Gwoza,” he said.

The UN guiding principles on managing internal displacement stipulate that national authorities have the primary responsibility to ensure that IDPs’ basic rights to food, water, shelter, dignity and safety are met in addition to facilitating their access to all other rights.

The principle suggests that states “should accept the assistance of the international community where they cannot provide assistance and protection to IDPs.”

And that when it is time to be returned home, the principles emphasise the importance of “voluntary and safe return in dignity, as well as the need to assist the displaced to recover their property and possessions.”

Senator Ndume, a former Majority Leader at the National Assembly who is from Gwoza local government of Borno argues that the government’s action concerning Bakassi camp IDPs has not in any way overstepped the UN guiding principles.

According to him, “the steps that our governor, Professor Babagana Zulum, has taken to relocate our people back home is the best and bold one.”

He insisted that the issue of observance of the international convention for returning IDPs in dignity, safety and voluntary return does not apply in the case of Borno.

His reasons: “It was not IOM or any UN agencies that moved my people from Maiduguri and settled them in Bakassi camp. It was the government of Borno State that did that.

“And as a person from Gwoza, where the majority of the IDPs in Bakassi came from, I would say the closure of Bakassi is long overdue. I’ve been in the camp several times and told them to leave the camp and go home but they refused. Boko Haram forced us out of Gwoza and only 30 per cent of our people live in the camp. The majority of them who live in the host communities have since gone back home.

“Our people are not the kind to spend one month in Gwoza because they can sustain themselves. But sadly the crisis made them stay in camp for this long.

“They should go back because the government has been magnanimous enough to give them some support to return home. And it is long overdue.”

When Boko Haram attacked Gwoza in 2014, they forced everyone in the main township to flee while holding onto the adjoining communities where they declared the seat of their caliphate before it was reclaimed in 2015. The former Emir of Gwoza, Idrissa Timta, was killed by Boko Haram during one of the attacks, while his son, the present Emir who succeeded him, was forced to flee to a mountain top during another attack until he was rescued. 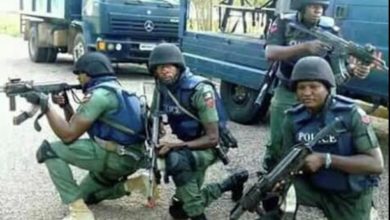 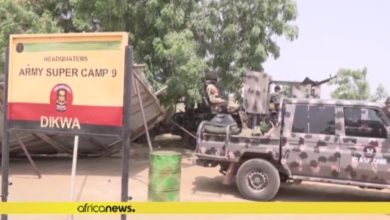 Another Look At Nigeria’s Super Camp Strategy Two Years After 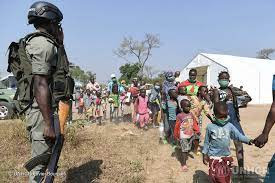 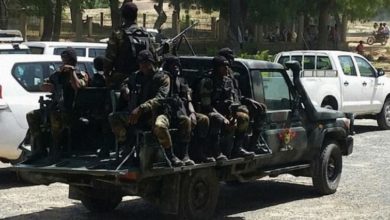