Mallam Balarabe Junaidu has still not recovered from the rude shock sent down his spine by the announcement of a fee hike by the Kaduna state government and the accompanying stark realities he has to grapple with as a father.

The retired journalist reviewed his life and lamented how his pension was too lean for the barest upkeep of his family, let alone guarantee proper university education for two children.

Even when the tuition was between N26,000 and N35,000 he had to rely on contributions from his older working sons, relatives, and friends to sponsor the two younger children still in school.

Even with the former range of fees, Mallam Balarabe had to force the three older sons, who are gasping under the heavy burden of their respective families, to contribute their widow’s mite for the upkeep and education of their younger siblings, Aminu and Khadija.

Mallam Balarabe is, consequently, tugged at by several options: should he withdraw Aminu and Khadija from the university? Should he defer their university education until he can afford to pay their fees? Should he withdraw the two undergraduates and enrol them in some vocational training centres?

His dilemma reflects the troubles of many parents whose children are pursuing degrees at KASU. Already, the state government, the students, and their parents seem enmeshed in a morality question that has descended on the issue.

Many of the students and parents are venting vitriol over the increases, which they describe as ‘depressing immorality’ and ‘breach of promise’ from a state government that has, as one of its cardinal promises to the citizens, the provision of qualitative education to the children of the poor.

Residents, including academic staff union leaders, view the increases as mischievously aimed at deepening the frustration and dejection they have been plunged into by the ongoing retrenchment of workers without any reliable source of earning a livelihood and the demolition of markets without alternative locations for them to continue trading.

The implication of this emerging situation, according to citizens, is that the teeming population of the youth unable to gain access to tertiary education may gravitate either to skills acquisition centres or to crimes, which could compound the insecurity bedeviling the state.

For the state government, however, morality is determined by the pervading realities of the country’s economy, of which Kaduna State is an integral part.

The government believes it is permissible for it, after scanning the state’s economy, to explore legitimate sources of revenue to augment its statutory earnings, even if only to fund critical programmes and services.

With harshening economic realities entrapping the country, characterised by dwindling revenue, the government argues it has no choice but to squeeze out and conserve funds for crucial services by all means, as well as prune down costs.

This, they said, leaves the government with “just a pathetic” 10 per cent for every other project.

“So you can see that there is virtually nothing for capital projects,” the source reasoned, disclosing, “we are financing the execution of all these urban renewal projects you are observing in Kaduna and other cities across the state with foreign loans.”

This led to the determination to descend on all possible sources of additional revenue.

“The news of the increases came to me with a rude shock,” Mallam Balarabe recalled, saying that he is still at sea over any appropriate step to take on Aminu and Khadija.

“I have not discussed the matter with my three older sons and relations when I will try to persuade them to continue helping me,” he said. “If I am not able to persuade them, I will be left with no other choice than to look up to Allah for the choice of the best thing to do on the matter.”

The retiree acknowledged that with current incapacitating economic realities, the government would have to explore every available source for more revenue, “but I am appealing to Governor El-Rufai to slash the increases to amounts affordable for most parents.”

“Governor El-Rufai promised that his administration would provide qualitative education to the children of the poor, but, with fee increases, he now seems to be reneging on that promise,” observed Islam Mohammed Sheriff, a 200-level Computer Science student at KASU.

He added that fee increases beyond the affordability of students and parents would retard the educational development of Northern Nigeria and worsen the criminality ravaging the region.

“I know of someone here at KASU who is struggling pathetically hard to sponsor not only himself but also his wife at Ahmadu Bello University even with the former fees,” Islam disclosed, reasoning that “if he cannot afford the new fees, he may have to drop out.”

Islam expressed fear that the increases could lead to numerous students dropping out, with many ending up as hoodlums or dreaded criminals nursing deep-seated anger against the government.

“It is especially highly traumatic for a 300-level or 400-level son-of-the-poor student seeing graduation as just a stone-throw to now see that he cannot graduate because of high school fees,” Islam said, adding, “only God knows where frustration will chase him to.”

He maintained that the hike would have grave long-term implications on the state’s economy.

“Even at N26,000 to N35,000, most students still sought the help of the Muslim Students Society (MSS) and students unions to complete the fees,” Abdullahi Sani, another 200-level student, recalled.

He agreed with Islam about the likelihood of students dropping out in great numbers and resorting to menial jobs or crime.

Meanwhile, the state commissioner for education, Dr Shehu Makarfi, argued last month that an increment in fees would enable tertiary institutions to provide greater quality education, “so that when they graduate they will be useful to the society.”

But while the state government believes it is doing the right thing for the economy with this step, the students and their parents only see a simmering education crisis. 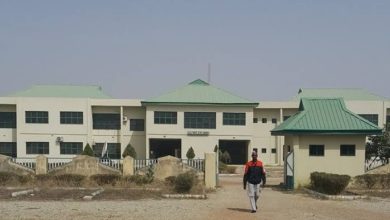 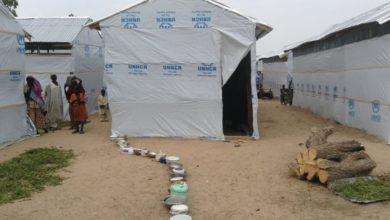 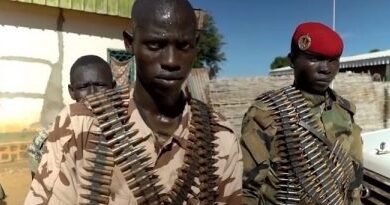 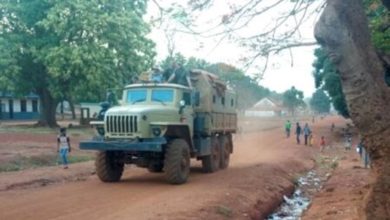