Civil Society Organisations in Gabon have expressed displeasure over the inclusion of Franco-British oil company PERENCO in a joint government-polluter committee formed to tackle the environmental pollution in the country.

The organisations demand that the government takes firm action in defense of the interests of Gabon and the riverine communities seriously impacted by pollution.

The Network of Liberal Civil Society Organisations for Good Governance in Gabon – Réseau des organisations libres de la société civile pour la bonne gouvernance au Gabon (ROLBG) estimates that the reaction of government on pollution by PERENCO is a “confirmation of its inaction, its lack of authority and its regal power in spite of the confirmation of the disastrous results of the generalized damage to the environment caused by PERENCO”.

In a reaction to the January 21, 2021 rather lackadaisical posture of government towards PERENCO, considering that government had ignored mentioning the various pollutions by PERENCO cited in numerous reports by the civil society and riverine communities, the ROLBG condemned government’s “attitude which is contrary to the regulatory role of government and its responsibility in supervising the contractual obligations of enterprises of the extractive sector”.

Recalling that PERENCO had started polluting the zones where it operates since 2012 with the biggest incident being in the Nkomi lagoon, Georges Mpaga, the National Executive President of ROLBG, said the pollution had increased as time went on.

According to the ROLBG chief, other pollution sites had been discovered in Ompoloune river at the entrance of Fernand-Vaz with devastating effects on the mangrove and on all the marine ecosystems of the zone.

“To solve the situation, PERENCO used untrained local personnel without appropriate equipment and exposed to the effects of the pollution, ” Mpaga revealed, adding that with the increase in the level of water, leaking hydrocarbons would further pollute the Nkomi lagoon.

The ROLBG chief executive also cited the disasters in Batanga, 150 metres from the PERENCO base where large amounts of hydrocarbons were poured on a surface area of about one hectare.

The same situation was reported in the big petroleum and gas platform of Oba which is about 40 kilometres from Omboue and 17 kilometres from Ntchongorove in the Loango national park where pollution extended to three hectares, just 150 metres to the ocean.

“In the face of this new ecological disaster, PERENCO as usual, utilized random doubtful and artisanal solutions to fight the oil slick by inviting a team of 28 locally engaged persons,” the ROLGB boss said.

Describing the behaviour of PERENCO in Gabon as criminal, the civil society organisations have demanded from government, within the context of resolving this problem, “bigger firmness in the defense  of the interests of the country and the communities seriously impacted by the troubling activities of PERENCO in Etimboue”.

Denouncing the putting in place of a joint committee between the government and the polluter, the ROLGB said it saw an “irrefutable proof of collusion and conflict of interest resulting in the weakening of the regal role of the state”.

The ROLGB expressed anger at the fact that the committee did not include the principal partners which are the civil society and local communities in the committee, a situation which seems in opposition to the principles which govern the extractive sector at a time when Gabon aspires to return to the Extractive Industries Transparency Initiative (EITI).

“The opacity in the management of the dossier by the government of Gabon and its hardly hidden support for a lawless extractive operator risks compromising the chances of the country to once again integrate this essential norm for a clean management and sharing of extractive resources, ” Mpaga warned.

Besides two complaints filed in national courts, the civil society and riverine communities intend to attack PERENCO at international level notably in France, Britain and at the African Court for People and Human Rights in Arusha, Tanzania. 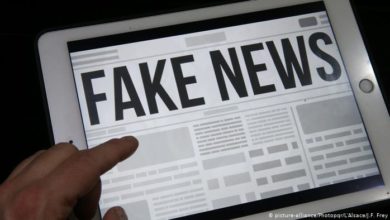 Tips To Help You Verify Claims Like a Journalist 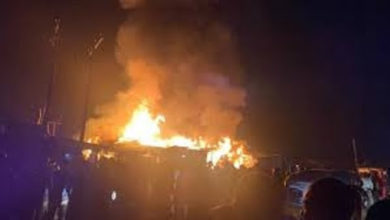 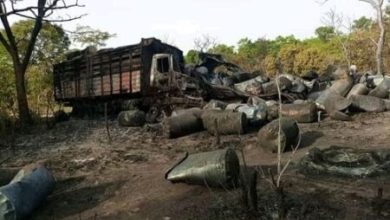