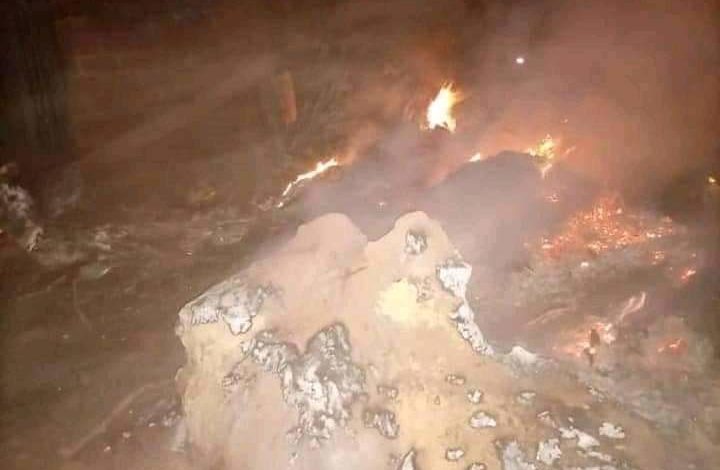 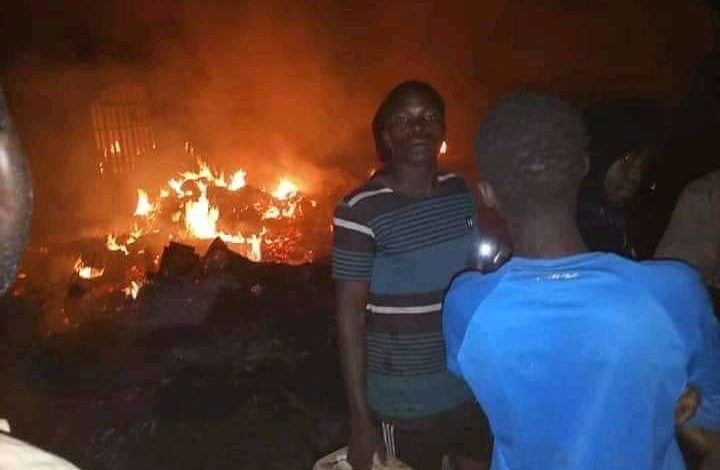 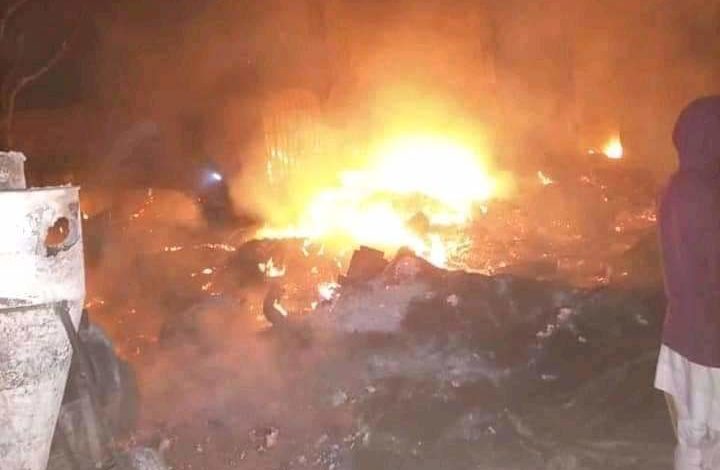 At least 37 shops and stalls were razed down by an early morning fire on Tuesday in Potiskum market in Potiskum Local Government Area of Yobe State, Northeast Nigeria.

Nasiru Mato, the Chairman of the United Marketers Association of Potiskum said that the inferno started at about 3 am.

The cause of the inferno was not known as of the time of filing this report.

Bello Musa, a resident of Potiskum said members of the public mobilised people to put out the large fire, but they could only do little as the inferno intensified beyond their efforts.

According to Yobe State Emergency Management Agency (SEMA), about 51 temporary shops were affected while one person was injured and properties worth millions of naira were lost but no life was lost.

Meanwhile, Mai Mala Buni, the Governor of Yobe State has commiserated with the victims and directed the relevant agencies in the state to take anticipatory measures.

Buni, in a statement by his spokesman, Mamman Mohammed, said he had directed the State Emergency Management Agency (SEMA) to provide the victims with all the necessary emergency support and to take stock of damages caused by the inferno.

Also, Ahmad Lawan, Senate President, has urged the Yobe State Government to investigate the cause of the fire outbreak with a view to averting the recurrence of the disaster.

Lawan, in a statement by his media aide, Ola Awoniyi, commiserated with victims of the fire incident and prayed for the quick recovery of the injured persons.

He also called for public support for those whose means of livelihood has been wiped out by the fire disaster.